Do you remember Watchmojo.com's video, Top 10 PlayStation Fails? Perhaps you remember what number 9 is?
TOP 10 PLAYSTATION FAILS
#10. Puzzling Advertisements
#9. Mascot Confusion
See? Number 9 is mascot confusion. Nintendo's mascot is Mario, Xbox's mascot is Master Chief, and Sony doesn't have an official mascot. So today, we'll be looking at the forgotten video game franchises that had origins with the PlayStation.
The Top Ten
1 Crash Bandicoot

Fans of him remember when he said "Hey, plumber boy! Mustache man. Your worst nightmare has arrived. Pack up your stuff! " Then, he showed a few game plays of his first video game, Crash Bandicoot.
CRASH BANDICOOT:How does that make you feel, buddy? Feelin' little like your days are numbered?
Mario:Nope.
Crash Bandicoot hasn't appeared in a video game since 2010. This bandicoot has crashed, while Mario is still alive. Worst of all, Crash didn't appear in PlayStation All Stars Battle Royale. Come on, Sony. You should've made him your official mascot.

I wish Crash bandicoot would bomb back:(

Actually, it's one of the only ones I've actually played, no joke.

He's back this year!

They were pretty popular, until they were replaced with Ratchet & Clank.

He's a rapping dog that first appeared on the first PlayStation. How can you not like this dog? Fans of him do remember him saying "I gotta believe! " The last time players saw him was in PlayStation All-Stars Battle Royale. Sony really needs to bring this little dog back.

Even despite being only one game, Lammy was vastly better

I still love Parappa just as much as the next guy with appreciation for the true classics of gaming culture, however

God I miss this

The first 2 games were good. Not sure if they ever made a 3rd.

There hasn't been a Twisted Metal game since 2012.

Compared to the others one this list, who only lasted for one console, Ratchet and Clank are actually really popular, in fact so popular they got a film, so they shouldn't be on this list.

I HATE THIS GAME A LOT! 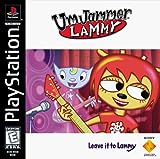