I just saw this box at a local store for just 18 euros and thought “well, one euro per album, nothing could go wrong, right?”. While I absolutely love soul (as you can tell by how often I compliment the genre's artists’ singing) I admittedly own way too little full albums and with a great artist like Ray Charles you can’t do anything wrong. The box is pretty basic and unspectacular but not ugly, and about the size of a CD but much thicker. The CDs come in little vinyl replicas with overall ten discs. All discs but two contain two albums. The albums were released between 1957 and 1962, most contain singing but a few ones are instrumental and feature him on the piano. The individual songs slightly differ in sound quality, but apart from a few tracks they all sound absolutely fine to me considering the records' age. Overall this box is a very good deal. You get several hours of music for the price of a newly released CD (and before someone asks, the CD is not dead in Germany but still the best selling medium, far more than downloads and streaming combined).

So, let’s take a look at the albums inside and how good they are. The ranking is about the albums, not the discs. Disc One contains “Ray Charles” and “The Great Ray Charles”, but on the list they will be included separately.
The Top Ten
1 Ray Charles 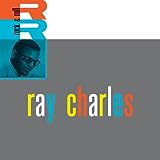 His debut album stands out the most out of the 18 albums. The first half (side when you have the vinyl) of the 14 tracks - which is actually much for a Ray Charles album -consists of downtempo numbers, the second disc of uptempo ones, and on both sides each track stands out individually. While later on Charles often put more thought into great arrangements, on here the melodies are in the center of attention, which makes the album more poppy but also more diverse than the others. It's also one of the best solo shows of Charles, it not featuring the Raelettes. - Martin_Canine

From the first tone you hear you know that this is going to be different than the other albums in the box. And you'll be right. Charles experiments with more sounds on here, it's a lot faster and energetic than the other records, even the slower songs have a higher tempo. There's also a singing solo by the Raelettes and an instrumental song. - Martin_Canine

This combination is a great triumph and they fit together so well that it is a pure pleasure hearing them. Ray's strong and often raspy voice and Carter's bluesy, melancholic sometimes-deep-sometimes-high vocals make every single song exciting since their different voices get different aspects out of the same songs while at the same time harmonizing wonderfully. - Martin_Canine

Okay, firstly: has the definition of country changed so much in the last few decades or why does it sound more jazzy than any other record in the box? Isn't country the genre with steel guitars? Fidels? Vocals with a heavy accent? You know, like Garth Brooks. But in my country the genre isn't very popular and more of a niche so maybe I can't tell.

As for the album: Often called his musical masterpiece, this album lives from the harmony and tension between the Raelettes and Ray Charles. The Raelettes sing perfectly memorable choruses while Ray gives astounding performances in the verses. - Martin_Canine

While I don't think the songs on this record are more outstanding than others that follow on my original remix, this album contains his absolute best singing. The vocals get so rough and raspy at times that it is simply wonderful, as opposed to other albums where he only occasionally does that and sings fairly cleanly most of the time. - Martin_Canine

I am not sure if this really is an "original classic album" or was compiled for the box, as I couldn't find any release with an identical tracklist (there is a singles collection that has songs by him from since the late 40s to the 60s though), but it's included in the box and is full of songs that you feel were composed to stand alone, and usually have the caliber to do just that. Most notably, his signature song "Hit the Road Jack" is on it. - Martin_Canine

8 The Genius Hits the Road

This is one of two albums in the box following a concept as each track is about a certain place in the US. The musical arrangements and of course the lyrics assumingly manage to capture the spirit of each place, but Americans probably can judge better. - Martin_Canine

This one is the other concept album in the box - its songs are about different women and are all named after them. One song is instrumental. Due to its topic, the album is the softest and calmest in the box, as obviously the songs are love songs.

Albums 1 to 9 on my original remix were the ones I was very happy for to have bought the box. The other 9 are nice additions in my opinion. - Martin_Canine

10 The Genius of Ray Charles

Rolling Stone ranked this as one of two studio albums by Ray Charles on their list of the 500 Greatest Albums of All Time, next to the brilliant "Modern Sounds in Country & Western Music". But to be honest, I don't see what makes it that outstanding. The title is definitely fitting, Ray Charles was a genius, and he did have a music talent only a handful of people have, but out of the countless songs he composed and performed, I wouldn't rank the songs on this record among his greatest works. They are good. But just good. - Martin_Canine

The Contenders
11 The Genius Sings the Blues

This album is okay, but apart from "(Night Time is) The Right Time" I don't think the tracks much stand out of his discography. Again, Ray Charles is always a great musician and each of the albums in the box are a good listen, but the others just blew me away more. Also his voice on some individual songs sound oddly distorted. - Martin_Canine

This is a live album with really good performances of some of his best songs, you can't put that any differently. This is really awesome as an album, though I prefer the studio versions of the songs. - Martin_Canine

This is the best of his instrumental albums in the box. While the others focus on downtempo numbers and highlight the piano, this one is very energetic and has a dominant organ, which is unlike anything else in the box. - Martin_Canine

Like on the other live album in the box, the songs and performances are awesome and perfectly show Ray Charles' talent, but unlike the other album this one's recording quality isn't the best. Then again, it's from the 50s. - Martin_Canine

As for the remaining 4 albums, "Soul Meeting", "The Great Ray Charles", "The Genius After Hours" and "Soul Brothers": these 4 instrumental albums of course showcase a great composing and piano playing talent from Ray Charles, and of course the music on it is good. But I put them in last place because I prefer hearing Ray Charles sing than not hearing him sing. - Martin_Canine

17 The Genius After Hours