A list of the best music albums by Robyn. All albums are eligible except greatest hits releases.

Studio albums, EPs (solo and collaborative) and any other album of original music are eligible for inclusion.

As of the creation of this list (2/21/2019) I'm choosing not to include the studio/compilation album Body Talk, instead choosing to count all three mini-album installments separately. The first two parts were studio albums, the third was an EP including the 5 new songs included on the Body Talk compilation album.
The Top Ten
1 Body Talk Pt. 1 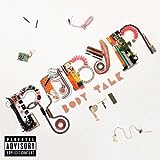 A perfect pop album through and through. Hardly a departure from her self-titled fourth album, this album is firmly rooted in hooky, sparkly electro pop anthems. From the spoken word, attitude-fueled opener "Don't F***ing Tell Me What to Do" to the modern disco-influenced lead single that has since become a classic "Dancing on My Own" this album has no weak moments. Even the two last songs, the acoustic version of "Hang with Me" and near a cappella "Jag vet en dejlig Rosa" traditional cover that closes the album don't feel out of place. Every song is classic in its own rite. Impossible to pick standouts because all the songs are perfect.

Honey is the perfect example of an album that needs to be heard as an album. The songs are so intertwined with each other in a way that listening to them individually (spare "Missing U" and "Honey"), they don't carry the same weight as they do when heard as part of the complete album. Standout tracks: "Missing U", "Honey" and "Ever Again."

Robyn's first album on her own label is one of a true pop music master. She underwent a radical transition from R&B chanteuse to dance-pop QUEEN here. Every song exudes her indomitable personality perfectly from the spunky "Konichiwa Bitches" to the heartbreaking "With Every Heartbeat" to the brutally honest yet catchy lead single, "Be Mine! " Standout tracks: "With Every Heartbeat", "Be Mine! ", "Handle Me", "Konichiwa Bitches" and "Cobrastyle."

An EP, it contains only the 5 new songs that appear on the Body Talk album that followed the first two albums. All 5 of these songs are among the catchiest, most blissfully perfect pop songs Robyn has given us to date. Standout tracks: "Call Your Girlfriend" and "Indestructible."

Robyn's collaborative EP with Norwegian duo Röyksopp is arguably her most progressive work to date thanks in no small part to her collaborators. At 35 minutes over the course of 5 songs, the album plays like an exploration of different genres of electronic music. From straightforward dance on the title track to downtempo on "Monument" to near synthpop on "Every Little Thing", this album is a staple for any Robyn fan. Standout tracks: "Do It Again" and "Every Little Thing."

Slightly darker in sound to Part 1, Body Talk Pt. 2 includes hooky synthpop gems ("Hang with Me", "In My Eyes", "Include Me Out"), the dark disco influenced "Love Kills" to the Snoop Dogg assisted "U Should Know Better." This is in my opinion the weakest in the Body Talk trilogy but still an incredible album. Standout tracks: "U Should Know Better", "In My Eyes" and "Hang with Me."

What a debut! While it sounds quite dated now, Robyn Is Here laid the groundwork for teen pop music of the late 90s. Unlike most of her teen-pop contemporaries, Robyn had a hand in co-writing all the songs on her debut release. The result was a worldwide hit record with charting singles in various territories. Standout tracks: "Do You Know (What It Takes)", "The Last Time", and "Do You Really Want Me (Show Respect)" and "Show Me Love."

Following the massive success of her debut, Robyn branched away from the more generic teen pop of Robyn Is Here to more mature and introspective lyrics on her sophomore album. While retaining the R&B sensibilities of her debut, she explored more musically. Standout tracks: "Electric", "Giving You Back", "Universal Woman" and "Not on the Inside."

Note: This album was given a physical release only in Sweden upon its initial release. Controversy surrounding Robyn's inclusion of songs with lyrics referring to her choice to have an abortion caused her international labels to not release it. Robyn went forward with the release regardless, knowing it may damage her career because it was her truth.
The album was later released digitally in territories it hadn't been before. Her following album, "Don't Stop the Music" was only released in Sweden and Japan.

The second of three collaborative EPs Robyn released during the 2010s between solo album releases. While the former, Do It Again with Röyksopp was more experimental, Robyn's Chistian Falk collaboration is more club-oriented. At only 20 minutes (5 songs), the album is essentially a non-stop dance party. Standout tracks: "Got to Work It Out" and "Lose Control."

Robyn's third album is, in my opinion, her weakest to date. She doesn't explore a lot of new ground musically and the songs are not very hooky. Not to say it's a bad album, but it is overall Robyn's weakest solo output. Standout tracks: "Keep This Fire Burning", "Blow My Mind", and "Psycho."