The Top Ten
1 Shadow at the Water's Edge

Oh my gosh that game is the scariest ever! Well the scariest Nancy Drew game anyway. Dudes close to the END the ghost pops outta nowhere! And then there will be a ghost at your balcony! And if you go into the bathroom, the ghost will crack the mirror!

My older sister and I screamed so much during this game that our parents came in a couple of times to see if we were okay. The mirror scene freaked me out the most. You somehow know it's coming, but it still scares the pants off of you!

This one is FREAKY! Some people Ghost of Thorton Hall is creepiest, but the thing is in Shadow at the water's edge the way Kasumi died, the scenery, the ghost, and the jumps scares combined make it terrifying!

I legitimately would not play the rest of the game because of how freaked out I got at the mirror scene. I still haven't finished it! Kinda got stuck with the door and the falling brick thing.. 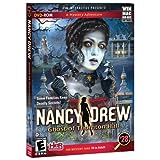 I admit that Thorton Hall is creepy, but nothing really jumped out to scare you. It may have just given you chills, where as Shadow the Waters Edge will probably freak you out if you haven't played it before. That mirror scene is probably the scariest moment of all Nancy Drew games.

This one is really, really creepy. I hated it so much and think it's a little more creepy than Shadow. Honestly I could go either way but this one is much creepier. By the way, I believe in paranormal activity.

Everywhere is this game is eerie, sometimes, just walking in the manor, when I know nothing is going to pop out I have to check my paranormal meter to calm my nerves! Especially when I get close to "her" room!

This game gave me chills and thrills and I love how things can just randomly appear and it scared the crap out of me. But other thank that it was a very good game!

Haven't played Shadow yet, but after several years of not playing this game, it still made me jump at the Black Lady walking down the hall, red eyes at the beginning, Ethel appearing out of nowhere all the time. Really Ethel, stop that! Although, is it just me, or does anyone else think the woman in black was really Ethel and not the culprit? Sorry, but the culprit seemed a bit short to be the Lady in Black.

Very scary. It's not as scary as Shadow at the Water's Edge, (which is downright scary and something out of nightmares! ) but this game is scarier than Ghost of Thorton Hall. You also have scary nightmares IN the game which kinda freak me out.

Jane's homeschool teacher is the scariest part of the game! She just appears out of nowhere! Every corner you turn BAM there's Ethel! She gives me the creeps...

Try playing this when you are like 11 and find yourself stuck in the moving rooms when your glow-stick suddenly stops working. Freaked me out big time. 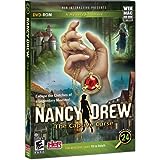 This game is not only suspenseful but it is really creepy. The people you think you can trust can't be trusted. The monster interactions were also very scary...

This one disturbs me a lot. Just... The atmohphere... It was a good game, though. I was kinda happy and sad when it was over. It was not a bad game... It was just really scary.

You put this as the fourth scariest!? No offense but the only part that's really scary is the monster turns around and you get caught.

You better believe this game ain't scary. It ain't scary because the only scary part is when you see the monster.

5 Message In a Haunted Mansion

To me, this one will always be the creepiest, because of the subtlety of the scares - it's not frightening because things jump out at you, like in some of the other games, but because there's an ubiquitous atmosphere of pure evil. The whole thing feels completely ghostly and sinister, and there's nowhere you can escape it in the mansion.

How could you say this isn't that scary! I mean it's not as scary as shadow at the waters edge, but still...!

The dogs at the door in the beginning set the mood of the game for me. After being freaked out by that, I was not excited to venture into the woods and cemetery.

The dogs at the door made me shriek, I was like 7 though so...

7 The Haunting of Castle Malloy 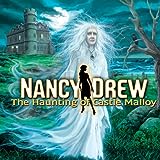 This one is pretty creepy. Yeah, it's not as scary as Shadow at the Water's Edge, but just the fact that you always hear wailing, it's a little scary.

I agree with you, it's creepy not as creepy as water's edge. That game is scccarrryyy!

8 The Legend of the Crystal Skull 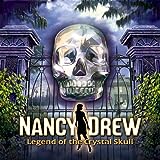 I saw a scary Moment in the crystal Skull, when you step in a mansion, then see a skull man. Turn out the lights, then he appears in your Face!

The games had a creepy vibe. It was cool!

The Endings in Nancy Drew are ALWAYS scary! This is a Scary ending that gave me a nightmare about the ending! Scary!

I have no idea why they are always scary at the end. They just are.

It's true, it's always scary NEAR the end. 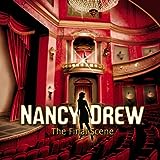 To me, I'd rank this as the second scariest game, only because it has a really creepy vibe to it... The bad guy creeps me out for sure, and the whole dilapitating theater is so dark... the whole game is dim...

This is not scary, so buy it if you like calm games.

It just has a creepy vibe to me.

The Contenders
11 Treasure In the Royal Tower

This one always terrified me as a kid. At one point, though, I got trapped in an elevator shaft, the game glitched, and Nancy kept leaping to her death. Repeatedly. Never did finish that game. Was scarred for a long time.

I'm not jugging on the tittle I said this game didn't sound scary but I also said that doesn't mean it's not scary!

Uh I have never played this game, but the title doesn't sound to scary. I guess that doesn't mean it's not scary... 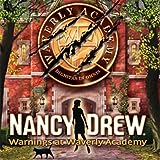 I have only played this one once, and I found it slightly sinister/creepy. But not really scary. But then again my favorite game is Shadow at Waters Edge, Blackmoor Manor, and Ghost of Thorton Hall! So who am I to judge?

Oh, your asking me a question. Sorry. No it is not as scary as the ones on this list, but scarier than the ones that are not on this list

This game may not be very scary, but it's scarier than the stuff you DIDN'T put on the list. 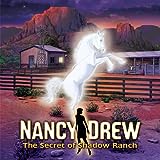 Honestly, this is probably the least scariest out of all the Nancy Drew games listed here. There are only two times when you get freaked out, and one of them is subtle and the other is the ending. Boy, second chance works great there! After you finish defeating the culprit, Nancy's letter home is cute and the ending happy. Just get through it all and you'll be okay. Seriously, I've played Shadow at the Water's Edge and my heart literally jumped out of my chest every single time something appeared or happened. I'm not going to play that game again and I advise everyone who likes a little suspense to play this game than Shadow at the Water's Edge. 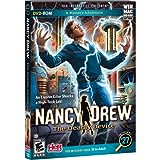 Honestly, you can't go wrong with a murder mystery. I feel like this could be a little higher than what it's at, but it honestly scared me when I first played it. The culprit honestly kinda scares me when you see them walking towards you, and the whole concept of electricity being the enemy is frightening. My favorite game has to be Shadow at the Water's Edge. By far, probably the scariest with the best plot. I wasn't to freaked out, maybe except for when the jumpscare happened in the *you know where* but it had elements that made you think a lot. The Deadly Device does that as well. It makes you think about what you're doing, especially with all the scientific aspects of it. Any game with a murder mystery frightens me, but that's my opinion. Otherwise, the music is pretty much light and happy, and the characters are spunky and fun. Recommended for sure.