The Ten Best Selling Songs in Austria in 1991

1991 in Austria meant a mixture of old and new. Two of the most successful tunes of the year were already from past decades and found new popularity. Interestingly, despite eurodance having already hit Austria a year earlier, none of the ten biggest songs was of that genre. Instead, there were some pop rock tunes that became classics of the decade.
Source: https://austriancharts.at/1991_single.asp, Created on 2/12/2019
The Top Ten
1 Wind of Change - Scorpions

No words. One of the greatest classics of all time, and one of the internationally best selling songs ever released, every moment of thos song is iconic. The whistle is the icing on the cake.

This is an incredible song. I love it. Classic Scorpions.

Another classic rock ballad that everyone knows. A song that became so integrated in pop culture that I can't remember when I first heard it, although I never really actively listen to it.

It's Cher. She's got charisma and the voice to carry any song no matter the genre. Here, she has recorded an energetic pop rock tune with a certain sassy feel to it. It is actually a cover version of a 60s song that has been recorded several times before, but Cher's version os the definite one.

Cher is so good. She rarely disappoints.

Forever tied with the classic 90s film "Ghost", one of the biggest cult movies of its time. The sensual scene it is used in became an icomic movie moment and has been parodied countless times, often using this very song in the background as well. At this state, it is almost impossible for me to view this as a song and not part of the film. I guess it's a good song, but not one I listen to on its own.

Originally from 1965, the soul song topped the charts over 25 years later when it was prominently featured in the 1990 movie phenomenon "Ghost".

5 Do the Limbo Dance - David Hasselhoff

I once said it sounds like Boney M. I'll stick with that. That being said, Boney M's songs in that style are a whole lot better. This just tries that bit too hard to be happy.

I really wonder how a song that's been on top of the charts for ten weeks isn't even among the top three. "Wind of Change" was also a long staying number 1 hit, so it's not such a surprise it's sold better, but this being down here feelsout of place. Anyway, the song, like all of Roxette's work is extremely fine pop/rock music, just the way it's supposed to be.

Peak position: 1
Having spent 10 weeks on top of the charts, "Joyride" was the biggest number 1 hit of the year.

One of the best pop rock songs I know. Current pop rock is more pop than rock.

Peak position: 2
Originally from 1979, the raunchy rock song entered the charts 12 years later when it was re-issued on CD and became Frank Zappa's signature song.

A masterful new age song with mysterious and magical sounds throughout. May it be the sensual whispering of Sandra, the Gregorian chants, the spheric synths, the rhodes, or the melodic flutes. Definitely one of my favorite 90s hit songs.

Absolutely beautiful. Takes you to another place. 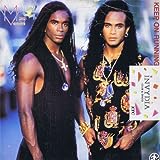 Not very impressive. They had better hit songs, whether as playback singers or actually in person. It's not bad, just not outstanding, sounding more like a filler. It also did not remain popular in the decades to come and isn't even featured on most compilations. But apparently, back in 1991, this appealed to many people.

10 Bow Down Mister - Jesus Loves You

Jesus Loves You (what a cheesy name) was a short lived band founded by Boy George that had exactly one hit, "Bow Down Mister", which was only a success in German language Europe. Nevertheless, this guitar ballad is fine with me. It feels positive and is pleasant to listen to, that's all I'm asking for.