The Ten Best Selling Songs in Austria in 1998

In 1998, the transition from 90s to 2000s pop music could already be felt a bit. This era around the turn of the millennium had a very special vibe to it. Hip hop and RnB started to impact the production of the beats further, while at the same time dancehall and dramatic ballads were still very common.
Source: https://austriancharts.at/1998_single.asp, Created on 2/17/2019
The Top Ten
1 No tengo dinero - Los Umbrellos

I never really liked this song. I can't really tell why exactly but its entire mood - the accent in the verses, the Spanish singing, the sound of the beat during the chorus - to me, it sounded more like the soundtrack for a way too pitch perfect holiday commercial combining EVERYTHING people associate with fun rather than a naturally fun summer hit. Compare this to the much better "Coco Jamboo", and you'll know what I mean.

Peak position: 1
Having spent 10 weeks on top of the charts, the summer hit was also the biggest number 1 hit of the year.

2 My Heart Will Go On - Céline Dion

One of the greatest songs ever recorded, and the best of the big dramatic ballads of the 90s - yes, even before "Wish You Were Here", although it's extremely close.

Of course, it is the Oscar-winning theme song of "Titanic", a movie that I utterly love (and unlike a majority, the aspect that made my heart skip a beat was neither the romance nor the astounding technical dimension, but the framing of the film that features old Rose re-living her memory after all these decades, which I think is the core of the film), and which is one of my "big 10" favorite movies & movie series. But even if its melody was goosebumps inducingly interpolated in the movie, I have known and loved the song on its own far longer. It's words and composition, and Dion's singing on top, contain such deep cutting feelings that it forever has a place in my heart.

Céline Dion recorded this song in one take, that was supposed to be only a rehearsal, but everyone liked her performance. So this studio version is basically a live performance of a new song she sang for the first time. And she got a great result. Hands down.

I must admit I haven't heard this song before, and while it definitely sounds different than any other song that was charting at that time... I don't think it's that exciting. It's not bad either, I just view it as rather average. A song that you hear in the background and don't mind when is on, but that doesn't make me feel the urge to play or even buy it.

This is a very cool example of pop rap, having good rapping, a fresh and funky beat work and a chorus by Mýa that sounds sweet as candy. I don't really know where in this upbeat sound the word "ghetto" fits in, as it really doesn't sound dark in any way, but frankly, my dear, I don't give a damn. 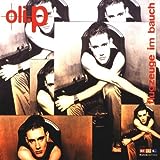 Many German speaking people dislike the German pop music around the turn of the millennium. They call it dull and embarassing. And yes, Oli.P definitely will never be a real hip hop artist and instead only a pop rapper, but nevertheless: I really, really, really like this song. Especially how musical the poppy beats sounded like back then. It's basically a cover of the Herbert Grönemeyer classic of the same name from the third best selling album in Germany, "4630 Bochum", but it just borrows the chorus, and turns it from a melancholic, minimalistic ballad to a catchy pop earworm that has (rather simple) rapping as its verses, and a chorus sung by a female. It ends up sounding COMPLETELY different despite a common chorus.

6 I Don't Want to Miss a Thing - Aerosmith

A really powerful rock ballad with oomph and a great mix of coolness and sentimentality, pretty much like the movie it originates from, an entertaining disaster film by Michael Bay, a filmmaker people take WAY too seriously.

This is a prime example of a song that has the signature turn-of-the-millennium style. Somehow not quite RnB, but not techno either, not disco and not rock. THIS style is what I mean when I usually have in mind when I say "pop". This is what I as a kid learned "pop" means. This, Britney, Kylie, and whoever else was popular at the time.

The song itself is fine and feels very easy to listen to. The melody is simple and the beat carries it all very much. I love the production of this time most. Her vocals aren't 100% spot on, though, they get a bit weak here and there.

I don't know why these 90s dancehall covers all work so well. "Break My Stride" by Unique II already did a good job, and this cover of a classic Ben E. King tune is very hip and cool, too. I like this far better than "No tengo dinero" as a summer hit.

The double A-side single in memory of Princess Diana, who was killed in a car accident in 1997, also sold very well in the following year. As previously mentioned on my earlier list, I never got why the songs were put back to back on the single. Although both are masterful works by a brilliant artist, it was clear from the start that only one would become a hit and the other would be completely overshadowed.

Peak position: 1
The double A-Side memorial single was also the best selling single of 1997. Having stayed a combined amount of 18 weeks on top of the charts between 1997 and 1998, it was the longest staying number 1 hit of all time in Austria (as of February 17th, 2019).

I don't know what to think really. Run DMC belong on hard hip hop or rap rock beats. Their rapping style is loud and energetic, and unlike the calmer, Rakim-inspired style that was already established at the time this stomping dance beat obviously originates from. To me, the raps and the beat don't work together all too well, and it is thoroughly apparent this isn't the original instrumental this was performed on, but a remix.