Songs with the Most Unfitting Vocals

Feel free to add any songs not on the list yet. Only the singing has to be unfitting for the songs on the list, for unfitting lyrics there is a separate list.

If you think there's an entire album/band where the vocals are out of place, adding/voting only one song from that album or by that band is favored.
The Top Ten
1 Greed - Toxik

Apart from ballad There Stood the Fence, every single song on this album sounds like the vocalist and the rest of the band recorded the songs without being aware of each other's work. Even their style does not fit each other, Toxik is a technical thrash band while the singer sounds like he came out of an 1980s opera-influenced pop group. More progressive-edged thrash bands have similar problems.

Pop song with a metal instrumental. The instrumentals also sound lighter than 1980s Megadeth but the gap is still huge. Guitars aside, this song could easily be mistaken for an ABBA cover. Megadeth did covers of songs from other genres and they all ended up bleary (Anarchy in the U.K., These Boots (are Made for Walking), I Ain't Superstitious)

3 Son of a King - Dirty Tongue

This is one of my favorite songs of all time, and the bit unfitting vocals play an important part in it. Almost every stoner rock band has deep, raspy, slow vocals, while here they are clean, melodic and angelic. However, the instruments are like regular stoner rock. It's a shame this band only wrote two songs 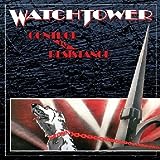 What I said about Toxik can also be said here, except that at points the vocals even seem to have a different rhythm than the instruments. In some sections they harmonize well, but especially in the beginning this song requires lots of concentration to enjoy. I wouldn't recommend it to anybody else who hasn't already listened to more accessible technical thrash metal (e.g. Annihilator)

I thought The Residents were making weird music until I heard this.

The "song" begins with a brief intro that sounds like some electronic rendition of a medieval ecclesiastic hymn, it's two minutes until we hear vocals again (interrupted by a noisy instrumental what fans call a "vacuum cleaner solo"), it is first miseriful suffering accompanied by orchestra-like music, then shouting and barking with electronic noise. What's more, the YouTube comment section is full of people bragging about how superior they are by listening to this type of music.

This version of the song has clean vocals. I appreciate the experiment and Chuck Schuldiner wasn't bad at clean vocals (resembled Rob Halford a bit), they just don't fit this song. When I saw there was a version with clean vocals, I thought it would be more accessible and more parent-friendly but it turned out to be the opposite

This song seems to have death growls for the sake of having death growls. This sounds like a power metal song at best, a mainstream pop-rock song with distorted guitar at worst. This anomaly has stopped me from listening to a lot of melodic death metal bands

Gershwin made an attempt at writing a "jazz opera" here, mixing his jazzy style with rather traditional classical singing. I find the operatic singing to be a bit stylistically confusing here

I am interested do the vocals have to be unfitting throughout the whole song. I was just thinking of Thunder Imagine Dragon's when Dan Reynolds voice is manipulated in the chorus. It just seems so off that a song that is supposed to sound song and powerful has vocals enhanced in a way that makes them sound childlike.

10 Hallowed Be Thy Name - Cradle of Filth

I'm surprised this is nowhere to be seen on the list until I just added it. Growls are not some universal spice for every dish.

The Contenders
11 My Bae - Icejjfish

Deadmau5 had a very promising track going, but the vocals from Lights simply don't suit it.

I have no idea why they would enhance his voice to make him sound like a kid in a song where he is trying to sound powerful.

18 Children of the Grave - Black Sabbath

This is the heaviest Black Sabbath song with Ozzy Osbourne, yet his vocal style isn't any different than on acoustic ballad She's Gone.

No need for vocals