They are the sourest candy I have ever had 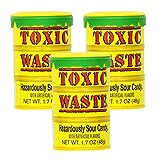 Very very sour not bad though

It is the most sour

It makes my mouth red even when I do apple 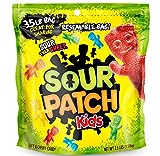 They are very sour and good

They're a great-tasting candy but to be honest, toxic waste is a lot more sour. - JoeBoi

Nice and sour but not too overpowering like warheads. perfect

They are not actually very sour (either that or I have just gotten used to it) but they are really good. Normal skittles are not good enough - zombefied115

Love these guys, but sour keys are better

The total of the votes add up to 101 adding up all of the answers.

Yep these lollipops and there mega sour sweets are by far the most sour sweets I have ever tasted amazing work by barnetts.

I haven't found anything more insanely sour than this. Don't even mention toxic waste or warheads in the same sentence as Barnett's as it ain't even close.

They are even more sour then nuclear waste

Not at all sour. Just tasted very sweet

These are incredibly sour and tasty

I remember when these first came out in the 90s, to the sweet shop lol.

It is so sour that I almost puked it up