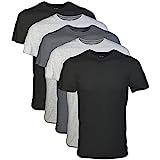 Uniforms are just a waste of money for the school and the government. They don't even DO anything! And then I read this Scholastic article on uniforms at a elementary school in NJ, and some little girl they interviewed said "I think the school made a great decision". Wha? And, you'd have to wear the same uniform every day! And if you rip your uniform or lose it, whatever, you can get SUSPENDED. This is crazy. Stop the madness!

Always very hard for me to wear undershirts (I'm in Australia). Trying to wear an Arsenal shirt means I have to wear another shirt that's roughly the same colour as my uniform to hide it, it's ludicrous!

Kids, sometimes adults smoke crack when you're not looking... and guess what, sometimes they write down rules while on said drugs! Who would've thunk

Uniforms violate the Freedom of Expression. It's basically like being in a bootcamp where you are forced to do pushups near an outhouse that is never cleaned

I guess I can get it to a certain point. But it's still a pretty stupid rule. I mean, maybe certain people shouldn't be ALOUD to chew it, like if they stick it in someone's hair, but not EVERYONE!

My school bans it. It's because people stick it under desks, and you still find ancient gum in some places every now and then. The rule does not affect me because I hate gum.

It probably wouldn't be banned if some of the kids weren't so lazy and threw away the gum in the trash instead of sticking it under the desks.

Chewing gum is known to increase focus and thinking potently. Thank the idiots who stick it under the table for the reason why it's banned.

I think they're worried that the student behind you won't be able to see the teacher. But really, I am the 3rd smallest in the class behind the 6th tallest and I have to twist my head to see. Why bother with hats. Just strategically seating chart and everything is fixed

Hats don't even hurt anyone! If someone wants to express them self by wearing a cool hat then they should be able to.

My old school banned hats because apparently if kids wore them backwards it's imitating a "gangster".

A teacher told me it was because teachers whould not recognize who is who...I doubt they would not know who is who though

We weren't even allowed to listen to music while working until last year. Seriously, what's wrong with it? I get that some people get distracted, but if anything, I feel like I work better with music. It's not like I'm playing it out loud to the whole class.

I like to listen to music while I do math. It takes a little longer but I do just as well on it and I kinda have fun.

I can go on Google play and listen to Linkin Park for the rest of the period.

Unless you was in a special needs school. The teachers had some music.

What?! The first amendment doesn't say your allowed to talk when your teacher is breaking his or her back trying to teach you!

You have the freedom of speech, but you can still get punished for it. You come to school to LEARN, not SOCIAL HOUR.

Ok they have banned this. Why are schools trying to take away our first amendment rights? I'm so glad I'm homeschooled.

If talking was banned, how can teachers talk to students and tell them what to do?

Sometimes this is good, other times its bad. I don't have a problem with not that much swearing, but in my school you can probably hear it more than 1,000 times a day. And I don't even get how kids in my school don't get in trouble for actually cussing and saying the n word (that's racist, right? ) and one teacher is screaming her head off when someone says the word “hell”.

At my school there are tales of kids getting detention for literally saying "What the" and that's all, but people usually swear when there aren't any teachers around and get off scot-free. I've never sworn at school before. And yes, my school is strict.

They are just words. They worry about not that bad words but don't give attention to actual slurs. Also, it will make you feel better if you swear after getting hurt.

I think swearing is ok as long as it's not done constantly. Back then swearing is ok in my school, but now 3 times wearing results in suspension, and the word "stupid" counts as a swear...

The reason why the Bible is banned is because of the Freedom FROM Religion Foundation, a group that has a specific hatred towards Christianity and wants to rid it from America. Surprising how Christianity has only 2 pages in average Social Studies textbooks while every other religion has a whole chapter for it. Bible study was PERFECTLY LEGAL until the FFRF came.

I saw a student who just carried a bible and took it out and read it on extended day and nothing happened but religion is still banned in my school still.

While religion should not be compulsory to everyone, banning textbooks is just horribly insensitive.

And there was one in the elementary library. I saw my best friend check out one.

YouTube is a global video-sharing website headquartered in San Bruno, California, United States. The service was created by three former PayPal employees in February 2005. In November 2006, it was bought by Google for US$1.65 billion.

Youtube isn't blocked at my school, but people in my classes just look up music videos and John Cena memes and play them really loudly, because kids in my class are the type that always does dumb things, and then the last 30 minutes of class is always the teacher grilling everyone on behaviour.

First, it was just set on Educational Mode, then blocked, unblocked, then Restricted mode could be turned off.

Youtube was unblocked at my school when I started, but they blocked it when I was in Fourth Grade.

They don't want people watching inappropriate videos, but they should at least just block them

I don't know why they won't sell Monster in my school. I know that you need to be 12 to drink it but they can't restrict it just the high schoolers since we shaare the same school

Nobody in my school really drinks these but they are banned, or at least frowned upon. But soda is allowed.

I've hugged 6 people at once and the teacher said nothing

I used to hug my teachers the last day I seen them.

My school is getting stricter each day about this. If a teacher sees you with a phone that they only allow in your locker, they will send you to the meanest assistant principle ever who makes a huge deal out of school by the way, and she'll yell at you for hours straight. Even if your checking your phone at your locker she will yell at you. This rule honestly drives me insane.

If you spent a lot of money on a phone which you need at home, they should not be able to take it away from you. That is extremely stupid. They should give it back to you and maybe ban it from coming to school.

Copenhagen they don't have the right to take your stuff and not give it back at the end of the day if they are taking phones for a whole school year report them to principal.

In my school, it depends on the teacher. I say just allow students to have phones in class as long as you pay attention.

This is banned from my school. Apparently too messy.

They ban ALL white-out correction fluids!

These are not banned in my school and all my 8 sisters schools. So please can someone tell me where are these things banned? Please like I explained something.
(P.S I live in London)

Aren't dictionaries important in a classroom? Especially English. Why would you ban those?

My high school English class made good use of dictionaries. Why ban them, for crying out loud?!

Ban a dictionary at school? Why don't they just ban schoolwork altogether?

One of my teachers is a coffee addict. She drank 4 cups a day and had a coffee maker in the classroom!

Who would even drink coffee at school? Unless you're a teacher?

I don't even drink coffee,i'm only in middle

We use Google classroom.

Really, I've only seen snow once. We weren't allowed to play in it, but only got to play after the snow was gone. Pretty messed up, unless the snow was polluted or something.

At my brother's school, they let you make snowballs, but didn't let you throw them. What you gonna do with those snowballs, huh?

When I was in year 5, Some people made a snowman and an igloo, and then had a massive snowball ight with the school next door to us.

Doesn't really affect me, since it rarely snows where I live.

I would rather use that then the dirty cubicals that are covered in you know what.

That's good. Those things are disgusting.

I never use urinals

At my Elementary school, I was in a gang of 5th graders who traded Pokemon cards, and it was 5th grade only. Just because the younger kids at my school are really stupid and always whine, cry, and beg for free EX cards. When we told them, " Sorry, only 5th grade " or " We only trade cards, we don't give them out for free " They got mad and told the teachers. A couple days later our stupid principal banned them. But I go to middle school now... so hopefully we can start this card thing again!

Me and my friends were trading Pokémon cards on the playground, though we are not allowed to. Then, this girl came over and said, " You guys are allowed to trade cards, you know." Then I say, " Actually, we aren't." ( She was new here and a teacher already gave her a warning.) She ignored me. The next day, at recess that girl started checking her cards RIGHT IN FRONT OF THE TEACHERS! She got in trouble.

I want to use Dragon Ascent on the teachers that don't allow them. It does 300 DAMAGE!

Actually, I brought mine and it hung on my neck for the whole day, with no music though.

I always bring these in school! Especially when you have to do projects!

No way I would NOT take my headphones!

If it weren't a rule, I would have electric blue colored hair instead of this nasty dark brown hair I have now. Then again, my mother wouldn't let me because she thinks I'm still a kid. I'm 13, a teen!

It's stupid to ban this from schools. People have freedom of their hair colour!

I always draw my cartoon self with purple hair, but my natural hair is black

Ugh, the school is already dull enough. Add some color!

The School laptops that they provide for the online classes block this and it is just completely ridiculous. What I can't listen to music and do my school work at home.

Banned at my school, good thing I have google play

Schools shouldn't stop students from reading it - instead they should help them to understand that they should only trust Wikipedia content when it is backed up with a reliable source. Vandalism of Wikipedia from school computers is also a problem, though Wikipedia admins can block the IP addresses from editing if it happens.

Wikipedia's blocked for good reason it's not factual at all. - BoredJeff02

I once found a damaged one and destroyed it with my friends for fun.

Not distracting but ok buddy