This list compiles the best albums released by the British rock group, Supertramp.
The Top Ten
1 Crime of the Century 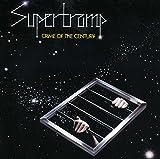 This is personally my favorite album of all time. Every single song is fantastic. Hide In Your Shell is in my opinion one of the best songs ever written. Asylum is great. So is Rudy. School is one of the best. If Everyone Was Listening is extremly underrated. Bloody Well Right is a fun guitar based song. Dreamer is my least favorite track but it is still very good. And Crime Of The Century is a great track. This is easily one of the most underrated albums of all time. It is definitely the best Supertramp album.

If this were only a list for Roger Hodgson's best albums, I would completely agree. However, Crime of the Century is definitely Rick Davies's best album, with the catchy "Bloody Well Right", the spooky, cynical "Asylum", the incredibly powerful "Rudy", and of course the masterpiece "Crime of the Century". Roger also has great songs on this album too, with "Hide in Your Shell", "School", "Dreamer", and the under-appreciated "If Everyone Was Listening". So, this should be at least in the top two, if not #1.

It took Pink Floyd an entire album to relate the process of falling into insanity. It took Supertramp one song. And that song is the worst one on the album, for Pete's sake! This album is absolutely amazing all the songs are great and SIX out of the eight are on their greatest hits. It is the best.

One of the greatest albums ever. When the group was united and firing on all cylinders. An album that manages to equal Dark Side of the Moon in quality and sheer brilliance.

Awesome album, almost everything is great (don't really know much of Oh Darling, and I don't really care for Take The Long Way Home).

Undoubtedly their masterpiece. Obviously "The Logical Song", "Take the Long Way Home", "Goodbye Stranger", and "Breakfast in America" are the focus songs, but the intro "Gone Hollywood" and outro "Child of Vision" are just as musically deep and uplifting. Best album from the best progressive rock band ever.

3 Even In the Quietest Moments...

Absolutely one of their best. From Now On recently became one my favorites, and I've already known Give A Little Bit for a while. Downstream is a great solo track for Rick, while Lover Boy is pretty interesting too. Fools Overture and Babaji are classics too. Oddly enough the title track is the most forgettable track of the bunch... oh well I still love this album! :)

Most people will name either the easily digestible "prog-pop" of Breakfast in America, or the "pure prog" of Crime of the Century. For me, Even in the Quietest Moments… was the perfect compromise--not too poppy, not too proggy. Plus, my favourite Supertramp song, "From Now On", is included.

Listening to it now, only on vinyl. I would rank it second behind 'Crime' Not as dark but...

Underrated. Not their best work but it has great tracks. It's raining again, put on your old brown shoes, my kind of lady, Bonnie, Crazy. Very good.

Put your lod brown trousers and crazy are really good songs, without counting obviously Its Raining Again and My Kind of Lady. Its not the best album by far but is a really good one.

The last album with Roger Hodgson, who left the band in 1983 to pursue a solo career. The mood of an album is more of a romantic inclined one with majority of love songs. It was a significantly weaker album than previous 4 masterpieces since the relationship with Roger and Rick was strained at this point, which was reflected on the album itself. Despite that, the album was quite successful topping the charts in several countries, and had some hit singles like "It's Raining Again." Still a good Supertramp album. 8/10

Roger's swan song album is great. "It's Raining Again", "Crazy", "My Kind of Lady", and "Don't Leave Me Now" are all fantastic.

6 Brother Where You Bound

Almost all of the songs are spectacular on this album, but I don't think No Inbetween is really that good, but I could change my mind soon. The title track is splendid and is probably one of Supertramps best songs ever created. You also got some fantastic songs like Better Days, Still In Love, and Cannonball. Who needs Roger when we got Rick to perform this masterpiece of a album?

I thought Supertramp was nothing without Roger Hodgson, but this album proved that the band could be even better with Rick Davies. The 16-minute song Brother Where You Bound is amazing, and it features David Gilmour on guitar. The rest of the album is very good too.

Supertramp is an english progressive rock band that was founded in 1969 in London, United Kingdom with members Roger Hodgson, Frank Farrell, Rick Davies, Kevin Currie, and Dave Winthrop. The band reached their commercial peak with 1979's "Breakfast in America" which sold over 20,000,000 copies worldwide. ...read more.

It's A Long Road, I Am Not Like Other Birds of Prey, Maybe I'm a Beggar, Try Again, all are such amazing songs from this first album. Very underrated, yet the best album they made. This is much more progressive rock and I love it.

It was ok... Not their best but it was good

Not too bad. Did have some favorites like Gold Rush.

It's got some great songs, one of my favorites is Bee In Your Bonnet