Top 10 Games that Should Not Be on the Nintendo Switch 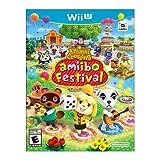 2 Charlie and the Chocolate Factory

OH. HEEELL NO! IF SEGA BEGGED NINTENDO TO MAKE ANOTHER SONIC BOOM GAME ON THE SWITCH, I'M GONNA BE PISSED!

Why not bring the GameCube Star Fox games to the Switch instead? Port or remake, I know there are fans who would be more than thrilled to see those two given a second chance (myself included).

Along with the fact that the game requires a split screen to play, Star Fox DOES NOT need another rehashing of 64!

For the love of god, we want a new game in the series, preferably one that retcons Command and continues from Assault.

? Barney - Secret of the Rainbow

20 Big Rigs: Over the Road Racing

21 Dora the Explorer: Journey to the Purple Planet