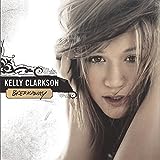 I adore Kelly and her music. This album is her TOP. It's not just Teen-pop - it is a mix of various genres

I love this album so much, so good, so fun, so sexy, a classic.

Selena Gomez, you are the best artist ever!

Beautiful album, Selena did that.

My favourite album... ever

5 My Everything - Ariana Grande

Britney was one of those who made Teen Pop a mainstream! There are some fillers here but in general this is a very good album

So many good songs.

No matter what haters say - this is a very good teen pop album. True Guilty PLeasure

Not bad at all!

One of the most successful teen pop albums ever. SG aren't as bad as a lot of people think they are

So amazing! Just for teenagers!

18 All I Ever Wanted - Kelly Clarkson

This is my favorite album from her. It has the songs a Teen Pop album should have.

Not a big fan of Aguilera but I respect her. And I really love her debut album. She was so sweet

There are some awesome songs on it - Viva Forever, Spice Up Your Life, Stop...

What makes this record so outstanding is its authenticity, honesty and how little it cares about what most mainstream teen pop was about at that time.
It is simply two teenage friends that wrote a bunch of songs that reflect what many young girl whose puberty just started feel like - yes, they wrote it themselves, and also played the acoustic guitars that dominate the entire album. It never gets sexualized, and it never gets melodramatic. Instead, it focuses sensitively on the troubles of first romantic feelings, first relationships, feeling insecure, and aknowledging one's own flaws.
The sound is so delicate and light, but also has the certain pop catchiness of early 2000s/late 90s music, but it's not so in-your-face-earworm-ish.
Unfortunately, M2M broke up after only 2 albums. They simply grew apart. Both of them still make music. Marit Larsen pretty much remained the sweet princess she already was on this record, Marion Raven became more of a tough rock/folk singer.

Very good songs on their self-titled debut. Even better than Millenium.

It has all faces and forms of teen angst combined and gives hope to those who feel lonesome. Truly amazing album.