These are movies and shows that can be either original, remake, live action, spin-off, prequel, and sequel. It’s essential that the story has a thought out plot line and character development.
The Top Ten
1 Gargoyles Movie

Gargoyles is an American animated series produced by Walt Disney Television Animation and Buena Vista Television, and originally aired from October 24, 1994 to February 15, 1997. The series features a species of nocturnal creatures known as gargoyles that turn to stone during the day.

With today's technology a live-action Gargoyles movie could be incredible. Could you imagine getting the original voice actor for Goliath, Keith David, what a powerful deep voice. Of course the show had a great assemble of voice actors all around. A huge advantage this movie would have is that the plot is basically written out with the 5 part pilot episodes "Awakening" from the original TV series.

Something I would add to the movie is for David Xanatos to have a sister and for that sister to have a daughter with a mysterious unknown father, for now.

Darkwing Duck is an American animated action-adventure comedy television series produced by Walt Disney Television Animation that first ran from 1991 to 1992 on both the syndicated programming block The Disney Afternoon and Saturday mornings on ABC.

I have heard this TV series is in the works as a spin-off of the latest Ducktales show, but that was quite a while ago, and I hope the writers use the 2017 Ducktales series season 3 episode 12 "Let's Get Dangerous!" as the pilot episode. What I really want to see the most in this show is for Darkwing Duck and Gosalyn father and daughter relationship really develop and get stronger as the series progresses. I also think Morgana, from the original series, could be a complex character from her journey from villain to falling in love with Darkwing Duck.

I'm a huge fan of stories that have a redemption arc. I would have the villain Duke Sigmund Igthorn have a daughter named Olivia he truly loves. Olivia is very cynical and sarcastic but she does love her father and the ogres. The ogres while loyal to Duke Igthorn are very protective of Olivia. Before Igthorn was banished from Dunwyn Olivia and Princess Calla were the best of friends, practically sisters, but a misunderstanding between them left them both feeling like the other one had betrayed them, now causing a great rivalry between them.

Recess is an American animated television series created by Paul Germain and Joe Ansolabehere and produced by Walt Disney Television Animation, with animation done by Grimsaem, Plus One Animation, Sunwoo Animation, and Toon City.

I would suggest starting the show in an early grade for the recess gang so that way with each passing season the gang goes up a grade. With the group moving up from grade to grade you could see the society of each grade until they finale reach the 6th grade and rule the school.

5 Inside Out TV Series

I know they are making a Inside Out 2 movie but I think a TV Series is the way to go. With Riley dealing with her teenage years and all the feelings that comes with it a show makes more sense so that they could dive more deeply into Riley adolescence and all her emotional turmoils. 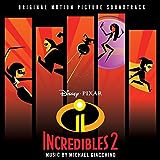 With Incredibles 1 and 2 being such success I can't wait to see what a third movie would produce. I would bring back Screenslaver and Syndrome as a evil team up. I know it looked liked Syndrome died at the end of the first movie but technically it was never seen, he could of somehow but a shield around himself before he was sucked in by the plane's engine.

Enjoyed the first movie but wasn't a fan of the sequel but a TV Series could rectify some of the mistakes made in the second movie. The series would evolve around Elsa, Anna, Kristoff, Olaf, and Sven going on a journey to find out what happened to Elsa and Anna's parents.

I loved the show within the show, Silverstone. I used to watch The Famous Jett Jackson just to see the show he acted in. Silverstone, Hawk, and Artemus were great spies and the show had such a colorful and hilarious cast of villains like The Rat and Dr. Hypnoto. Of course the show would have to be completely recast but the general premise of the show Silverstone would be such a good watch.

TaleSpin is an American animated television series based in the fictional city of Cape Suzette, that first aired in 1990 as a preview on The Disney Channel and later that year as part of The Disney Afternoon, with characters adapted from Disney's 1967 animated feature The Jungle Book, which was theatrically rereleased in the summer before this show premiered in the fall.

The spin-off I would do for TaleSpin would center around Don Karnage and his crew. I would start the series off with the air pirates being villains but shortly after the show begins I would have a momentous event happen that makes the pirates antiheroes. I love Don Karnage with his quick temper and enormous ego, he's so entertaining.