christangrant Rob Flynn of Machine Head made comment jokingly congratulating A7X for making Hail to the King for being an album filled with covers of Metallica, Megadeth and Guns N' Roses songs repacked and made loads of money, But it turns out he was right and they ripped off more than just songs from those 3 bands.

(This Means War)The riffs, the vocals, damn everything's so stolen

I noticed most the things on this list, too. I will never understand why people love the most unoriginal bands in terms of songwriting: Led Zeppelin, A7X, Ghost... - Metal_Treasure

Makes sense, the whole list. This was supposed to be their more classic metal album. - EliHbk 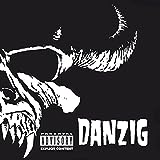 Same with Best of Aerosmith, except it's red, and a few other albums of the sort. - EliHbk

The album cover for Hail to the King is way too simular to this album cover they both have the mascot on the left side and both are black.

What makes it worse is the Vinyl cover is more orignal and is much better than the actual cover used. - christangrant

Not only does it use the same format its almost the same length and its also the first song on the album. - christangrant

The riff is ripped off and extremley obvious

A7X weren't the only ones who ripped off this song Ghost did it as well with Ritual. - christangrant

5 The Number of the Beast - Iron Maiden

It uses a simular format to this Iron Maiden song

I.e mainly the intro and vocals
which then leads to the "epic" part of the song

Song: Hail to the King

The riff sounds like they took Kashmir and "cored" it to fit their sound how ironic A7X ripped off a Led Zeppelin song a band known for ripping off songs. - christangrant

Neither Overkill or A7X came up with the Deathbat first. Images of bat-winged skulls have existed long before both bands have (the oldest known Deathbat is a sculpture of a bat-winged skull over a doorway in the Durham Cathedral).

The solo is very simular to this solo - christangrant

You may ask how did A7X rip this off? well they ripped of the idea of taking other peoples songs and claiming their your own and only creating one original song
although at least in A7X's,case they wrote new lyrics and changed a few things. - christangrant

M shadows uses the vocal format as this song - christangrant

The intro is simular to this songs intro - christangrant

Song: Hail to the King

The intro is very simular - christangrant