darthvadern I made this type of list about Sweden, one of my home countries, so now I'll make one about my other home country, Lithuania, without further ado, let's start!

Basketball is a sport played by two teams of five players on a rectangular court. The objective is to shoot a ball through a hoop 18 inches in diameter and 10 feet high mounted to a backboard at each end.

Yeah, of course. The national sport of Lithuania is basketball. A sport I don't really am into, but I respect it, especially since it's lithuania's national sport (call me biased if you want to) - darthvadern

Which is true. But if you do, talk about how people might know about it. This list trend ain't so bad actually. - iliekpiez

They're very good at basketball - Redrocky416

NBA Players come from there, and perform great. Jonas Valenchiunas is a great example.

If there is one thing Lithuania is the most known for then it's history! Lithuania's history is quite famous and big, some people do even say it's more known than Latvia because of the history! I certainly find it so interesting too even though I barely know much about it, but many people know Lithuania because of history - darthvadern

Imagine not knowing what Lithuania is - TwilightKitsune 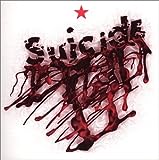 Sorry to hear that. - Metal_Treasure

Unfortuanely, Lithuania has one of the highest suicide ratings in the whole world and some times even ranks as the number #1 coutnry with the highest, the only country that usually tops Lithuania is Greenland which isn't even a sovereign state, but rather part of Denmark - darthvadern

Vilnius is the capital of Lithuania and the only capital of the baltic states that lies in the country and not at the coast, in fact it's very close to Belarus so I wouldn't be suprised if many of the tourists there are lithuanians from Vilnius. - darthvadern

Lithuanian is one of the most conservative and oldest languages in Europe! Not only that, but also one of the only two surviving baltic languages in the world along with Latvian. As I half-lithuanian myself who can't even speak it I am planning on learning it, and I find it wonderful, it sounds so exotic and nostalgic for me - darthvadern

Along the beautiful beaches of Lithuania you can actaly find amber although it's quite rare, you must be lucky to find it, not even I have found it when I was there. Speaking of beaches, they are gorgeous! - darthvadern

Lithuania is a country with mainly plains, but forests are found too! In Lithuania in unlike almost all other european countries I think, the forests in lithuania have sculptures of gods and creatures of lithuanian folklore. I have been to two of those forests and it's seriously a must go to if you visit this wonderful country - darthvadern

Aww cute birds I love them!

Storks are the national animals of Lithuania, and it is said that if a stork has a nest near your house it means good luck - darthvadern

Widely considered a national hero of Lithuania and one of its best rulers. - darthvadern

11 Being at Risk of an Invasion from Russia

So many lithuanian foods contain potatoes such as cepelins, kugelis and so on. It's part of our culture!

Amazing place. Been there - darthvadern

This is an incredibly unique sculpture park of stone in an amazing setting of greenery. Created by lithuanian Orvidas who felt opressed during soviet times and decided to create a park around his home based on pagan culture. Amazing place to just wander around and study for fun - darthvadern

Lithuanians are some of the most patriotic people I know. Lithuanians always hold onto their traditions wether they live in Lithuania or are part of the diaspora. I'm proud of my people!

Pherhaps the most famous of all sculpture parks. Located on the curonian spit at Joudkrante, this surely is a place to visit when going to Lithuania.

Third biggest city in all of Lithuania although relatively small. Lots of prussian history and truly has a coastal feel to it.

Although fourth biggest "city", it's more or less a a gorgeous town. Yes there are soviet style buildings but something about this town is so charming and beautiful.

One of the five main national parks in Lithuania with this one probably being the most famous. Located in northeastern Lithuania it contains lots of lakes, one of them being the country's largest, Lake Druksiai.

The national food of Lithuania and my favourite food ever. So delicious, potatoes filled with meat or a type of cheese, together with bacon and cream. So..., awesome. - darthvadern

Top 10 Things Germany is Known For

Top 10 Things Japan Is Known For