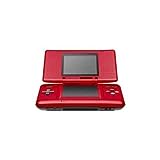 I am lucky to still have a working one. I love this console and I still play on it all the time

HOORAY! I'm going to get a 3ds tomorrow so I decided to celebrate the DS while I still can.

My favourite console of all time. I used to play lots of games with it and I still use it.

This is one of the most iconic Grand Theft Auto games of all time. It will turn 15 years old in October.

It felt like yesterday when I got this game again and took it for a spin again.

My favorite video game from the Grand Theft Auto franchise.

One of the Best Video Game of All Time Fact

This is the first SpongeBob SquarePants movie. It will turn 15 years old in November.

I really liked this movie.

American Idiot is one of the most recognizable Green Day albums of all time, especially their songs "Boulevard of Broken Dreams" and "Wake Me Up When September Ends." It will turn 15 years old in September.

This album is great

My favorite album by them

I love this song

The second Shrek movie that will turn 15 years old in May.

That's one of the most memorable Pokemon games of all time. It will turn 15 years old in September.

Drake & Josh is an American television sitcom created by Dan Schneider for Nickelodeon. The series follows the lives of two teenage boys with opposite personalities, Drake Parker (Drake Bell) and Josh Nichols (Josh Peck), who become stepbrothers. Both actors previously appeared in The Amanda Show along ...read more.
10 Halo 2

This is the second Halo game. It will turn 15 years old in November.

11 Harry Potter and the Prisoner of Azkaban

The movie where the franchise truly become more serious and darker.

This game also released on November 21st along with the Nintendo DS.

14 Peep and the Big Wide World

Sadly, I did not watch this show as a kid. But right now I’m obsessed with it.

This was one of my favorite shows as a kid, still about as good as I remembered it.

I loved this show when I was little

6teen is a Canadian animated sitcom originally produced by Nelvana, with the final season produced by Fresh TV. It premiered on November 7, 2004 on Teletoon.

I remember watching 6teen a lot as a kid

Danny Phantom is an American animated series created by Butch Hartman for Nickelodeon. It was produced by Billionfold Studios and distributed in Canada by Nelvana, a Canadian animation company. The series follows a teenage boy who, after an accident with an unpredictable portal between the human world ...read more.
17 Peppa Pig

Peppa Pig is a British preschool animated television series directed and produced by Astley Baker Davies in association with Entertainment One, which originally aired on 31 May 2004. It went on a hiatus for just over two years before re-premiering on 14 February 2015.

It came out on the very day I was born.

Come on peeps, this is a proper meme.

18 Under My Skin - Avril Lavigne

Surprised this isn't Top 10 at least. Perhaps it's fallen out of favour?

It's an Eminem album that released at the end of 2004. It will turn 15 years old in November.