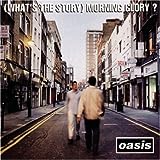 This album contains their best songs. I've never heard such wonderful songs in my whole life before. This is what music was, before Bustin Jeiber came to this world. But you can't deny Wonderwall, Champagne Supernova and defiantly not Don't Look Back In Anger. These songs helped me understand life, and other important things. Oasis. You'll never erase from our memories.

First time o heard this album, I didn't like it (I still listen definitely maybe). I think this album too overrated. But now, I can feel this album! Every song just so perfect! Even I feel like wanna cry when Some Might Say was played, I don't know why.. But this album just so perfect!

The best album of the history of music (for me), included greatest song like wonderwall, don't look back in anger, some might say, morning glory & champagne supernova (for me the best song of the greates album of history), with 26.000.000 is the best album with best sells & the best album for more fans around the world

Thanks for the perfect album oasis! 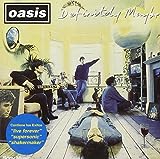 Shakermaker: A story about the Gallaghers' childhood with a little bit of "I Am The Walrus" mixed in!

Supersonic: How to make the first song in your music career: Step 1 - THIS!

Bring It On Down: A headbanger that has lyrics with some attitude makes a good mix!

Cigarettes And Alcohol: Definitely a pretty good one

Digsy's Dinner: Just the song to listen to when eating lasagna. I like it!

Slide Away: LOVE IT! This and Live Forever are my favorite Oasis tracks.

Married With Children: A simple, laid back one, but a goody! Relatable too if you have a spouse or a roommate you can't stand anymore!

Every single song is unbelievable, fair enough WTSMG has the same, but the standard of song on Definitely Maybe is amazing. Rock n Roll star, Live Forever, Supersonic Cigarettes & Alcohol and Slide Away are all class songs. Songs also like Shakermaker, Up in the Sky, Columbia, Bring it on down etc are also all brilliant songs. When looking for an album you look for a stand out song, this has 4 or 5.

Oasis' defining statement and one of the greatest debut albums of all time. It all comes together here, with every song being equally good as any other. Every song could have been a single honestly. And Liam sounds incredible. A true Rock n Roll Star

This should be number 1. Although Morning Glory probably the best of their songs, Don't Look Back in Anger, Definitely Maybe was just overall slightly better. 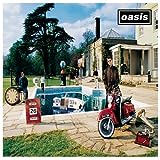 Definitely the most underrated album they have done. Dyou know what I mean, I hope I think I know, girl in the dirty shirt, stand by me, don't go away, all around the world and its gettin better man all class songs 9/10

7. Standing on the shoulders of Giants
6. Dig out your Soul
5. Don't Believe the Truth
4. Heathen Chemistry
3. Defiantly Maybe
2. What's the story (morning glory)
1. Be Here Now

Don't Go Away is the best song by Oasis.

Every song on here is perfect, it's hard to explain but it's such an amazing listen and the songs form an incredible soundscape around you 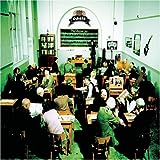 In my opinion Noel showed husband true talent! This is my second favourite after Definitely May be. Should be on no. 2, come on this album has "Talk Tonight"!

I agree with all you guys. This is way better than Be Here Now. That says a lot about Noel Gallagher and his songwriting.

Honestly I don't really got into this album full out, some songs are amazing, but I rather listen to other albums with Oasis more. 7/10

This album represents the Oasis DNA much better than anything else apart of Definitely Maybe and Morning Glory. 8/10 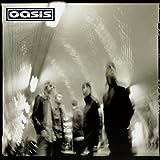 It's not their best but it's so much better than Be Her Now and the other ones that's it's a crime it's so low. The Hindu Times, SCYHO, Songbird, Little by Little, Better Man, etc.

Little by little, stop crying your heart out anyone? Its not the best, but not the worst

6 Standing on the Shoulder of Giants 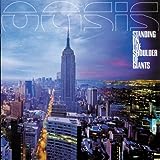 This is a very underrated album. Its very different but in a good way. Possibly my favorite.

Love this album there is literally not one song I dislike on here, so underrated.

Don't know how his is so low, it was said to be their most mature album...

Overall I like it better than Be Here Now, should be #3.

Lyla, Part Of The Queue, Let There Be Love, etc... All underrated songs that are easily as good as Wonderwall - a really good album!

A Bell Will Ring, Keep The Dream Alive, Lyla... This album is amazing, so much better than Dig Out Your Soul!

I expected don't believe the truth to be higher up the list. Shocking that its nailed to the bottom!

Lyla, Importance of being idle, Turn up the sun, need I say more?

8 Dig Out Your Soul 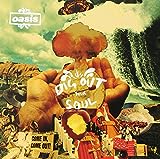 Like the Beatles oasis ended with a psychadelic touch and in my opinion songs like falling down and nature of reality are Beatles worthy.

This one should be #2 behind "What's the Story" Most consistent album they made. The most overrated would be "Be Here Now".

The first half of this album is the greatest they have done. The second half is the weakest.

So underrated. Their best album after Be Here Now. 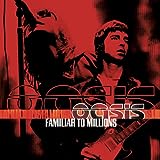 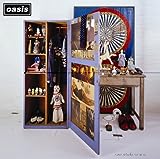 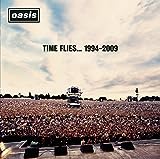 Great album full of many high quality greatest hits from Oasis like Wonderwall, Don't Look Back in Anger and Supersonic.