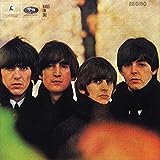 Three words: What You're Doing 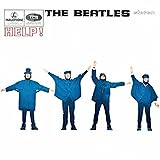 Brilliant collection that could have been better had they replaced Dizzy Miss Lizzy
With I'm Down (as It does not really fit).Some all time classics here (HELP/YOU'VE GOT TO HIDE/TICKET TO RIDE/YESTERDAY) with underrated gems that though lacking in lyrical depth are full of melodic inventiveness. (ANOTHER GIRL/ITS ONLY LOVE/THE NIGHT BEFORE)
To create a better balance between side 1 and 2 in terms of listening experience I would also tweak the track order swapping THE NIGHT BEFORE with TELL ME WHAT YOU SEE. A Great underrated Album none the less

Help! is SLEPT on. It deserves so much more love than it receives. The song Help! in itself is amazing as well as Yesterday & Ticket to Ride of course, with underrated jams like The Night Before and I've Just Seen a Face just making the album even better.

While Beatles for Sale is hugely underrated and it a great album, people never seem to mention Help! which is in my opinion a slightly better album than Beatles for Sale. Oddly enough, the songs from Help!, particularly Yesterday, Help!, Ticket to Ride and You’ve Got to Hide Your Love Away are constantly talked about, but nobody ever seems to credit the fact that they all came from this great album. I’ve always liked the album Help! because the electric guitars have this really clean echoey sound that just sounds so good, particularly on the songs Ticket to Ride and I Need You - JoshHarmer25 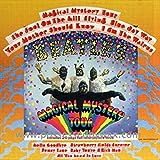 It's awesome? It has Strawberry Fields, Penny Lane, All You Need is Love, Hello Goodbye, plus everything else! Fool the Hill, Your Mother Should Know... - erw115

As good as Rubber Soul and maybe even the White Album, but never gets the credit for it. - lavillaof2112

Look at the tracklist!
Magical Mystery Tour - Good, but could have been more eerie.
The Fool on the Hill - A great sad song up there with Eleanor Rigby.
Flying - The band’s only instrumental and a great one, too.
Blue Jay Way - This is a great song, except the beginning is scary.
Your Mother Should Know - It doesn’t fit in, but it’s a fun intermission.
I Am the Walrus - This needs no explanation, this is amazing.
King Tut (Skit) - The outro of I Am the Walrus on the mono version.
Hello, Goodbye - A great danceable song, but a little overrated.
Strawberry Fields Forever - An amazing psychedelic track.
Garden Party - A creepy outro to Strawberry Fields Forever.
Penny Lane - Paul’s great response to Strawberry Fields Forever.
Baby, You’re a Rich Man - I love the melody, but not the lyrics.
All You Need is Love - This is the band’s anthem.
Excerpt from “She Loves You” - A remix of the song, and album closer.

This album gets a lot of flack, but I think it's really good. Although Abbey Road was the last album recorded, I think this album makes a better swan song. The tracks kind of have a melancholy feel to them, and it's like the title and the title track speaks to the fans, giving an initial feel that the song was intended to be a message to the fans about the break up and the future. I also love that the first Beatles song written appears on their last album (One After 909). This album is definitely one of their most overrated albums.

I have no idea why people hate this album. This is my fifth favorite Beatles album! I give it a 9.5/10 rating, like most of the other Beatles albums.

This album is fun to listen to and is packed with great songs, the only problem is it’s flawed production. “Dig It” and “Maggie Mae” weren’t even supposed to be on the album but Phil Spector thought it would be a good idea to throw them on there for some reason. “The Long and Winding Road” while being a great song was completely over-done, to the point that the orchestra was so overwhelmingly loud that George’s guitar and Billy’s Electric Piano could barely be heard. John’s bass and Paul’s piano are a little more noticeable but are still buried in the orchestra. What I don’t understand is why Phil Spector had to make his own edits to everything, why couldn’t he just let the Beatles make the music he wanted and just mix the tunes. But despite it’s flaws, Let it Be is still one of the Beatles’ best albums and deserves more recognition. - JoshHarmer25

I like Hey Bulldog, All You Need Is Love & All Together Now - westofohio

This is definitely the Beatles’ worst album, but at least it has Hey Bulldog on it! Seriously George’s guitar solo on Bulldog is one of his best ever, and Paul’s bass is just phenomenal - JoshHarmer25

I prefer Help! but I think this is the more underrated of the two. - truckturner

11 The Beatles With Tony Sheridan

Not really a good example of their talent, but its still kind of a Beatles album and therefore great!

The Beatles' Most Important Albums