Most Unnecessary or Weird Compilation Albums

This list is not about which compilation album has the worst music, but which has the weirdest selectiond of songs by the album's artists. May it be greatest hits albums that omit the artist's greatest hits, or albums by artists that have released so little music at this stage of their career that a best of seemed useless yet.
Compilations don't necessarily means Best of or Greatest Hits releases, whatever album that's not a regular studio album and is pretty bizarre in its existence may be included.
The Top Ten
1 Greatest Hits - Fugees 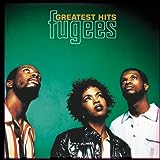 Not only was this released after 2 albums, it only contains songs from their second album "The Score" in their regular versions. 7 songs to be exact. The rest of the album consists of Live versions and remixes.

2 Having Fun with Elvis on Stage - Elvis Presley

From what I have heard his jokes were not even funny and many of them made no sense without having heard the songs.

Not much to say about this one. The record contains Elvis' talking on stage between his performances. No music.

The cover artwork seems to imply that Meat Loaf and Bonnie Tyler perform their biggest hits together as duets. The album, however, compiles a few solo tracks of the two artists and throws them together on an album. Why? Some argue that most of the songs are composed by Jim Steinman making it a Jim Steinman Best of, but not all of the songs on this album are by him.

4 Darkside of the Sun - Tokio Hotel

This album was released in Japan after Tokio Hotel had a surprise hit there instead of releasing their regular stidio albums there. It only consists of songs from their albums "Scream" and "Humanoid" with no additional music. It has a cool cover artwork, though.

This album contains 11 songs from Sarah Connor's first three albums, but omits her signature song "From Sarah With Love" and her chart topping single "Just One Last Dance". It however contains regular album tracks. The cover artwork is the same as on her debut album "Green Eyed Soul".

There are 2 editions of this album.
A German version includes songs from their albums "Schrei", "Zimmer 483" and the German language version of "Humanoid". Though that is not much to base a best of album on, it is still acceptable.
It is the English language version that bothers me. It consists of songs from "Scream" and "Humanoid". 2 albums are simply not enough to justify a Best of.

This album was released to make a quick buck after Vanilla Ninja ended their contract with Bros Music.
Their first album was released in Estonia only and is a rarity today, before signing to Swiss record label Bros Music where they released their next two albums, and then went on to release a fourth one elsewhere.
The album contains songs from album No. 2 and 3, plus a Megamix.
Vanilla Ninja were against the release and advised their fans not to buy it. So would I, as two albums are not enough to base a Best of on.

T.A T.u. released 3 albums, each of them in an English and a Russian edition that are not identical and feature songs that are only available on one of the versions. The Best features music from the first two albums, almost entirely from the English language editions, with half of the twenty songs being remixes.

M2M released 24 songs in their career, spread on 2 albums. This compilation features 20 songs, but half them in alternative versions, including remixes and acoustic versions.

When "Jugganauts" was released in 2007 when ICP had released 10 studio albums and several compilations of leftovers (some of which are better than regular album tracks) and already developed a huge fanbase. Without a doubt, to release a Best of is understandable, but the execution is terrible. Not only are the 18 songs from this collection a bit underwhelming compared to the huge amount of songs they had released, but the selection of songs that finally made it onto the album is more than puzzling. Even fans of the group know that ICP have good songs that have them actually talking about something, have a spooky tone that fits the premise of the group or are plain fun - and then there are also those songs that most haters know where ICP were play around in the studio and talk about stupid nonsense that often seems random. Though they are somewhat funny filler songs on the studio albums, they should absolutely not be present on a Best of compilation. Guess which category two thirds of ...more