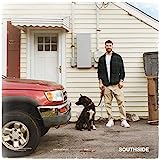 This is the biggest insult to country music since Zac Brown Band's "The Owl". 'Body Like a Backroad' is my favorite song here and if THAT song is my favorite you know that this album is utter garbage.

I listened to this last night and man alive needed time to calm down because this generic thinly disguised as country when it's pop garbage will go number one on the Billboard 200 next week. Sam Hunt's rapping with all the personality of a toilet flush makes Lil Dicky seem like Kendrick Lamar. The framing and songwriting of so many of these songs made me think that this girl should go an get a AVO on Sam Hunt.

This is way worse than his other album Montevallo, this is also way worse than any country album I've ever heard. Sam hunt is a derivative person and he has some of the worst songs of all time on this album.

Ugh... this album. "Hard To Forget" is so annoying. I gotta ask my mom why she likes this guys singing.

So obviously I have to listen to the album to give an honest review not that I was expecting anything amazing but this album completely horrific the production sounds cheap the lyrics are just completely random it's like he's made up his own words most of the time, nothing he says makes sense I tried so hard to get through this whole thing and at the end I felt severely distressed and exhausted. Please take it from me don't listen to this I've never listened to such talentless cheap noises in my life. The worst album of 2020 nothing can be worse than this.

Only listened to three songs. From what I've heard about the album, that's really all I need to hear. I don't need to give 6ix9ine my 1/10th of a cent from Spotify Premium.

I can't tell if he's being serious or not when he's in the studio making music. Like surely he must know this is horrifyingly terrible.

Okay here's my take on the full album (yes I wasted time of the crap): It's better than his other projects but it's still garbage lol. The only good thing in the album is 1 or 2 good songs OUT OF 13 LOL and there's barely any screaming in it. I mean, apart from that, it's just a hideous mix of songs and 6ix9ine is 1 of the most repulsive people that exist so...I guess we all know what to expect.

I think megan is a decent rapper but this album felt messy and way too short. There only 2 songs I can like on this thing out of 9 songs and everything else is forgettable.

Megan is really wasting her potential on terrible lyrics just like Nicki and Cardi.

I think I might have found a female rapper that I despise more than Cardi B.

5 Blame It on Baby - Dababy

Complete disappointment. There's only like three good songs on here and they don't even hold a candle to the good songs off of Baby On Baby and KIRK. I feel like Dababy really needs to take a bit of a break.

Well it's DaBaby, did you really expect it to be anything more than mediocre? All of his music is mediocre and forgettable just like his trash name.

This is embarrassing I mean aren't artists supposed to evolve, this is more juvenile than the music he started out with. I'll be honest I've never liked him but I will admit that purpose era I did like his music around that time I thought the whole edm and tropical sound suited him, now he's gone backwards he lost me with that "Yummy" song I've heard some of the songs from this album and yeah... I mean with the lead single I wasn't really expecting much anyway so.

This album is a lazy, slapdash slog full of tropes that plagued the worst music of mid 2010s. Justin Bieber's songwriting is basic with no emotional pathos for the listener to really connect to what he is singing about, his singing for the majority of the album is passionless except for one or two songs, he sounds bored and like singing these songs were just something for him to do. We've moved past the Chris Brown meets Drake sound now, Justin, you should too.

Unlike the rest of the Toptens dweebs I actually like a lot of Justin's work. This album is lifeless, however. Justin rushed through this bad tracks like Yummy, All Around Me, and Get Me. Even the best songs like Intentions are mediocre.

Wow I totally agree with the other comment, you said all that was needed to be said. Just a terrible album considering it's been five years yet it still sounds like it was rushed, he will never come close to his previous album Purpose.

After listening to this crap and realizing how bad it is, I have finally learned my huge lesson on how rock probably can't be saved. It's not just popularity, it's a matter of time. I also learned that just rock music is not just good music. I mean sure it's an appeal but... Yeah. Same problem with Greta Van Fleet too. You know what makes good music... Just rock? Heck no. It needs to make sense and unique appeal in order for it to be good music. But this album is just Boomer stuff and it makes no sense at all. Green day, I still love you, but... I can't look at you right now.

I absolutely adore this album but I'm still voting for it because I know it's still technically awful. Most people think it's annoying and grating, I just think it's fun, if also lacking in creativity. Eh, what can I say. My simple mind likes the car-commercial filler whole-heartedly.

There's not much to say. This album is just really disappointing. It brings nothing new to the table and I find that the band's sound isn't as good (and I'm not talking about the quality, since with today's technology every band has good sound, it's just that the overall tone and appeal of the music isn't there).

What the everloving hell happened to Green Day? I was honestly never a big fan of them but nani this is garbage, green day just stop.

Not everything is hating. Saying that Nick Cannon is bad at rapping is not hating. Saying his Eminem diss was weak isn't hating, it's just the truth.

What the hell is that title? Also, Nick Cannon is washed up, he should honestly just stop.

Worse than No, very marginally better than Title. Though saying 'Worse than No' is still implying that No is even worthwhile. It's just slightly more tolerable than this.

Give us something new, she's not even trying to evolve it's just the same old sounding songs she's been giving us since the first album. This album was delayed a few times but to be honest if this was the best she had to offer after countless delays then was it really worth the long wait.

I feel sorry for her a little she clearly doesn't have the right people behind her and it shows they're trying to push this sound that's she's already done it comes off as desperate and sounds extremely generic at this point, they have to realise she's never going to get the same hit songs she's had in the past so stop pushing it, move on and evolve.

Do we still need this woman's music?

The Contenders
11 Say Nothing - Theory of a Deadman

Generic pop-rock without any soul to it. It feels bland, mundane, and just plain awful. Tyler Connolly sounds lazy here, like most TOAD albums. Not giving a damn about sounding good or giving any effort at all. The lyrics are about as deep... as a kid in a ball pit almost nonexistent really. At this rate... I have more faith in Nickelback's next album,...

*listens to album for the first time* What the hell is this? Namin' a song after one of the most infamous serial killers in history and glorifyin' him?! Well, there's one band I'll never be able to listen to ever again!

*listens to Angel for the 13th time*
*whimpers in utter disappointment*

This is horrendous. It's everything that I hate about rock.

I don't really hate this album, there are issues with the production not supporting Selena's voice.

It's funny this album actually has the highest user score of any album this year on metacritic.

Tf even is this? And how is a generic justin beiber album above this?

Not as horrible as his debut album from 2019, but still pretty bad. Although the one thing that saves it are the good beats.

Yo Gotti might just be the most boring non new school rapper in the game at this point.

21 Music to Be Murdered By - Eminem

Can you believe people waited all these years for...for...for this? I'm just glad I hopped off the Jay Electronica bandwagon a long time ago or I would've been disappointed.

I can't believe I'm saying this but I don't like Joyner Lucas anymore. I just feel that he getting corny and pretentious now and this album was really disappointing. He's horrible at sounding emotional and he's way better at aggressive tracks than this emo stuff.

Disappointing album for the most part, and Joyner isn't all that great.

Four words to describe this album: indigent and deeply impersonal. This dud is much worse than Justin Bieber's latest album. It takes every modern pop production cliché in the book and runs them to the ground. Some of the songs already sound inexorably outdated, which is simply inexcusable to this point. Also, the lyrics are egotistical, sexist and immature, all sung by a foul-mouthed opportunistic crybaby who has no personality whatsoever, makes Justin Bieber and Chris Brown sound like Michael Jackson and collaborates with a lot of artists only to get more attention. Let's just hope this douchebag never makes another hit. We need to stop giving idiots a chance.