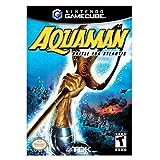 This is the only ACTUALLY UNPLAYABLE game on this list, so why isn't it #1? You get seasick just from playing it.

Why are two superhero games the first that come to mind when asked "worst games ever"? It's sad. But this game and superman 64 suck so yeah

Its just Awful and makes me want to vomit.

3 Charlie and the Chocolate Factory

Wait... They made a gamecube version of a Roald Dahl book? I don't even want to know.

I don't even wanna know

Voted for this so that it passes Wind Waker and Wind Waker will fall.

Why is this so high!? Yes, the giant looks bad but this is so much fun! - benjigoo

The levels repeat themselves.

WOW! Thank you Arkham trilogy because THIS SUCKS

Wait this was on GameCube? What about the game boy advance games? Those were awesome! Why GameCube if the gba games are good?

This game is repetive boring bland and terrible -

The worst mega man game ever

Not bad but flawed - spodermanfan1000

I say bull crap. It have Sonic CD and it one of my favorite Sonic Games ever. Why is this worst?

Why people hating on this? I think it's a great game!

This is a classic, it shouldn't be here

This is NOT a game at all! It's practically a T.V. Simulator with nothing else to do other than getting nice cards which serve no purpose whatsoever. There are Pokemon anime DVDs that cost $20, but this game charges you FIFTY DOLLARS for a T.V. simulator based game. Hell, no one asked for this title! This should be #1 because this game is worse than Aquaman!

14 The Adventures of Jimmy Neutron

This game is really fun especially if you like Jimmy Neutron.

My dad keept asking me to buy it and I ws getting pissed.

You swim through bubbles and pick up rocks

It tried, but I feel it fell flat in the end. had some good ideas, like the evading shark mechanic, but cannot overcome the poorness of the game even with these factors

This is a bad game that was succesfull, it is terrible. - Cowdude

18 Pokémon XD: Gale of Darkness
19 The Legend of Zelda: The Wind Waker

Why is this here? wind waker is great!

The Wind Waker is one of the best Gamecube games ever made. - Cowdude

Oh my gosh, cheap pathetic knock off of Smash Bros, but with worse graphics, awful and awkward sound transitions, little to no story mode, and just poor development.

This game is bad I hate it

What? It's the best Mario Party game in my opinion. - TheDelBel

Who on earth put this on the list? It’s good game

It Was Good In My Opinion, I'm Guessing The Reason You Don't Like It Is The Cut Outs And The Voice Actors Not Speaking Up?