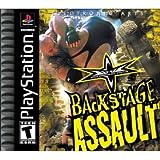 Honestly this game isn't as bad as everyone says it is. I enjoyed this game. - thisisspata

I enjoyed this game - bobbythebrony 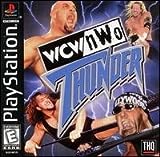 No Ibrahim is the heavy weight champion

I actually enjoyed TNA Impact, Wrestlemania 21, All three of the Legends of Wrestling games, and Backstage Assault. But this game right here, is bad. I used to sit there for hours playing nothing but wrestling games for hours growing up. But not once have I ever owned this game.

Why are there so many E rated wrestling games? - RalphBob 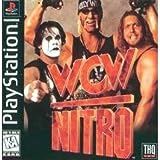 I waited for TNA Wrestling to make a good game and what do we have? The worst wrestling controls, limited move set, no tag team maneuvers, little to no variety of match types, weak single player mode, everything that you've seen in bad wrestling games from the past brought back to life. AJ Styles said that he hated all the WWE game, but hearing him say that ^^ assuming that he prefers this pile of junk shows how much of an idiot he really is. After playing this game, now I don't want another game from TNA because they'll get worse, just like how the the show has gotten over the years!

Are you kidding me this game is awesome I've watched impact wrestling TNA I loved this game why should this be on the top ten worst wrestling video games AND STOP SAYING ITS THE WORST GAME EVER YOU ALL DOING MY HEAD IN!

This is an amazing game for its manager mode!

Get this off the list this game was awesome.

I love this game - XtremeNerdz12

EVEN IF ROB VAN DAM IS ON THE COVER IT IS STILL BORING. I THOUHGT IT WAS BORING! BUT IF YOU THOGHT IF IT WAS GOOD I GOT 2 WORDS FOR YOU! SUCK! IT!

This was by far the most garbage game ever made

The only really good thing about this game is the soundtrack. Which they did not make it in to a CD sadly.

What! this is a awesome game

Wrestling and simpsons will never be good

All the characters look like their on steroids. - ZZDOORAL

Yes, all the wrestlers look like they doped. But it's a very good game. - dasboy

How has no one mentioned this?!

I saw the rating on ign, must've been made before it was released!

It wasn't terrible. It was a good game, but just lacked a few things. - thisisspata

It is not so bad.why this games is in worst list?

Who mad make this game in worst list? if I will see him I will bit him.it is very nice game.i have it.

This game sucks no wrestlers voices and no story

This is by far the best wrestling game I have ever played. What is it doing on this list.

Wrost in the Smackdown games

It's the best Wrestling game anyway!

Good choice it is worst than ever.but why 2k 15 is in this list?

This was the first wrestling game I ever got, and I loved it more than anything. I mean, 2k15 and WWE '13 are great, but can't match up to this masterpiece

33 WWF In Your House

How is this game not in the top 10 at least in the top 20!? It is awful like really awful. Simpsons wrestling and some others above this are not to be taken seriously before you even rate the game. But this is supposed to be a top game since it is WWE. It is not even half a game. It has minimal stipulation matches, no story mode, and only has 2 arenas in the whole game. Then the combat is awful.

All the people on this game are super bad

No legends, clunky unresponsive controls, road to wrestlemania and story mode boring as hell, inferno match glitches all the time, too restricted, well done THQ biggest piece you have pulled out of your arses!

There's ric flair, Tazz, ETC. But I guess you wouldn't wish for the legends to be in this game because they're in a worse game. - Mattblue66

Why is this on here

YOU CAN'T BEAT THE GAME! 111! Why? Well, there's one jump that you have to make, but you can't. That's why THIS version is infamous for being impossible. - imacg4

How Come This Isn't Mentioned it is made by LJN