The Top Ten
1 X-Men: Days of Future Past

Blows every other film out of the sky. X2 is still an excellent movie, of course. The only problem I have with this film is how people don't seem to acknowledge that X-Men: First Class created the majority of the continuity errors that the series needed to fix. Unfortunately this film instead every other film (and not that one), even the better ones (X2, The Wolverine). Nonetheless, this film was truly astounding.

What an amazing movie! Showcasing that when raven shot a trask everything changed. The mutants were in trouble in the future when the sentinels were attacking mutants. So,kitty pryde sent wolverine back to the past to stop raven from killing trask.

A good and beautiful film from Marvel, Hugh Jackman's performance and his Wolverine persona are highlighting in this film.

This is way better than X2 well it was the best before this movie came out.

One of the more action packed X-Men films. Personally enjoyed the constant change in alignment of Magneto and Mystique, as well as the bait and switch pulled with Magneto overthrowing Stryker as the main antagonist in the end.

Also an underrated movie, considering it is pitted against Days of Future Past and Logan, two of the best X-Men films.

This is so good. I love the issues it tackles and the new introductions in the movie.

It set the standard, guys!
15 years old and it's still up there with the best superhero movies of all times, 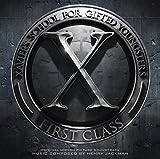 Pure awesome I mean the argument with that almost beggining of World War III, Sebastian Shaw as the main villains, Wolverine's cameo, Magneto and Charles origins. Not only greatest X-Men movie. But one of the best marvel movies.

It's my third favorite movie and James Mcavoy and Michael Fassbender are such awesome actors! I love this movie so much!

Dude if it wasn't for this movie the movie series would be over, after the disaster that was Xmen The Last Stand. U_U

It was heartwarming and sad and has amzing fight scenes. Hugh Jackman went out in an amazing end out of all 16 years of playing this is most likely the best

Having just watched it I can safely say this will no doubt end up at the top of the list. This film is a masterpiece

This and Deadpool are the only ones I would call great. The rest put me to sleep.

Logan wins as the best marvel movie! Yes I said it, better than deadpool!

I actually thought this set up the franchise with a confusing storyline very well.

I personally really enjoyed it, and is a an extremely funny movie.

This movie is great and Underrated. I love the Japan Wolverine and this version. This has the best Wolverine story of all these films. Best X-Men film ever

This movie is much better than people give it credit for! It's better than First Class and Deadpool combined!

Incredible movie. They better keep even Peter's as Quicksilver for dark pheonix

I would say 6th on the list, Deadpool didn't have much to do with X-Men. The original was too much about getting to know the characters. Apocalypse had a dull lead villain, I expected more.

I don't understand all the hate for this movie. I think it is WAY better than Apocalypse. This was probably my favorite X men movie as a kid. I mean the last fight was epic.

How dare you remind me of this abomination of nature that makes me want to watch Man of Steel.

I think this movie has a lot of potential it could be the next swan song or? Phoenix song

I actually love this film!