Ok, I would like to apologize for my past behavior. I forced people to like music, because I was surprised they didn’t like it. I also took Submarine Man & Lil Meerkat way too seriously. I was a trash user back in April - May 2020. I even took deaths way too seriously. I called Hitler’s death funny. I hope you forgive me.

Don’t take this message lightly! Please don’t bully me for this, I’m trying to help you by saying this long message.

God and Jesus are real. Jesus died for our sins and rose from the dead. There is bad news and good news. The bad news is that we are all sinners. Therefore, we all have done or thought something negative in our lives. God is holy, so none of deserve go to heaven. But the good news is that God loves everyone and he wants everyone to go to heaven, so he sent his only son (Jesus Christ) to die on the cross for us, so that whoever believes in him will go to heaven! I’m 100% honest that you’ll change as a person if you become a believer and repent for your sins. You will become a much better person.

YouTubers I Hate
Onision (a freak who should lick the floor)
samster5677 (abuses GoAnimate Caillou too much)
PaperLuigi99 (more like CrappyLoser99, because he made a video called Little Bill terrorizes the school as a clown, which proves he supports terrorism)
DaddyOFive (stupid pedo)
CrayYoutube584 (such a dumb vile clone of one of the best YouTubers)
DreamySplatterHD (serial killer)
ConnerheadAnimations (pathetic opinion basher who should get arrested)
Peluchin Entertainment (stupid psycho)
TGF Studios (horrible emo who should stop supporting Connerhead)
RiceGum (stupid dingbat)
T-Series (a bunch of rapists who should stop uploading)
EvilMichaelFan2013 (stupid emo poser)

Things I Like:
Swimming (It’s very fun to go swimming)

February 13 2020 (The absolute best day because I was playing Man Hunt and I survived. Also, I slept over at my grandmother’s house)

Sleeping (I can just relax all day if I wanted to)

Music (Music can be fun to listen to, but I do not appreciate JackG)

Friends (As long as they’re nice to me)

God/Jesus (Of course I do)

People (Unless they rape, steal or kill of course)

Cancer (Little kids are dying every day thanks to this disease)

Terrorism (The worst crime someone can commit)

Mr. Pickles (This “show” contains too much killing, and too much gore)

The KKK (They are just nothing but racists)

Peter Scully (One of the worst people)

Hell (If you don’t want to go there, then accept Jesus as your saviour and don’t kill, don’t steal and don’t rape)

Murder (This is one of the worst crimes)

Donald Trump (One of the worst presidents)

People Who Bash Opinions (They’re just annoying as hell. Thank god I stopped doing that in May 2020)

Being told to shh (That was always me for some reason. I’m just weird that way)

Adolf Hitler (He is the second worst person)

DreamySpatterHD (He is a YouTuber who killed his dog, mother, father, brother and sister)

Rape (A horrible crime someone can commit)

Racism (We still have it today and it is getting worse)

Bullies (Nobody likes them)

Pedophiles (JackG is one of them)

Don’t Worry, I will respect your opinion if you disagree with any of this (unless you like racism, the KKK, rape, terrorism, pedophiles, Connerhead & a few more)

Anti-bullying message:
The girl you just called fat? She is overdosing on diet pills. The girl you just called ugly? She spends hours putting makeup on hoping people will like her. The boy you just tripped? He is abused enough at home. See that man with the ugly scars? He fought for his country. That guy you just made fun of for crying? His mother is dying. Put this on your profile if you're against bullying. I bet 95% of you won't put this on your profile, but I'm sure the people with a heart and backbone will. Which percentage are you? 5% or 95%?
-Paste this on your profile to show you're part of the five percent that cares.

Paste this if you love Michael Jackson ❤️

Paste this if you love Led Zeppelin 🧡

Paste this if you love The Beatles 💛

Paste this if you love Queen 💚

Paste this if you love Pink Floyd 💙

Paste this if you love Metallica 💜

Past this if you think Teen Titans Go is Better than Peter Scully.

Paste this on your profile if you like Pizza:

Paste this if you want PeluchinEntertainment to get a death sentence:

Paste this if you want Peter Scully to get a death sentence:

Paste this if you love Ice Cream 🍦

Paste this if you love Pizza: 🍕❤️

Paste this if you love Donuts 🍩

Paste this if you love Chocolate 🍫

👑+✟+❤️Paste this on your profile if you love Jesus

Paste this if you despise Peter Scully

Paste this if you despise Adolf Hitler

Paste this if you despise Adam Lanza

Paste this if you despise Ted Bundy

Paste this if you despise Osama bin Laden 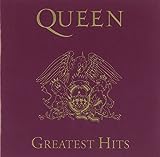