The Top Ten
1 Alice in Hell 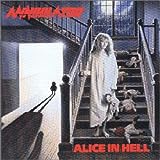 In my opinion this debut full length is the best Thrash album not released by the big 4. Superior even to Exodus's Bonded by Blood. The album starts with a bona fide classic track Alison Hell (after the short acoustic piece Crystal Ann) then just takes off from there, the songs getting better and better as the album progresses. It's a generic Thrash album in the best possible way, choc full of that signature Thrash guitar chugging.

You may be surprised that many songs from this great album (1989) were released earlier (demos in 1985 and 1986): Alison Hell, Human Insecticide, Welcome to Your Death, Ligeia, Crystal Ann, Burns like a Buzzsaw Blade.

The quintessential Annihilator album. I was blown away when I heard it.

Great album from a great and underrated band.

It's difficult to say who invented technical thrash because:

1) Annihilator released demos in 1985 and 1986 with songs like Alison Hell, Human Insecticide (then titled Lust of Death), Welcome To Your Death, Phantasmagoria, and other songs later included in their first albums (1989, 1990).

2) I am a massive Coroner fan, too, but their demo came out in 1986 and Annihilator win.

3) However, Watchtower released their demo Meltdown in 1984, so they were before Coroner and Annihilator. To me this demo is more prog than thrash but still counts (it sounds closer to Coroner than Annihilator because Watchtower and Coroner had more Rush influences).

While Alice is the clear winner, this gives it a heck of a close run for its money. It further develops Annihilator's brand of technical thrash. Both are staples of the subgenre. And by the way, Annihilator did not invent technical thrash; Coroner did with their 1987 RIP album. And Megadeth with Dave's innovative guitar playing and Ellefson's progressive basslines, especially its early work, laid the foundation for technical thrash.

I actually enjoyed this album more than Alice in Hell. Both incredible albums.

This album is better than Alice in Hell in my opinion

3 Criteria for a Black Widow 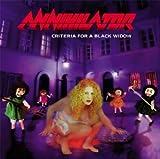 Kind of a throwback to Alice and Never. 1 Alice 2 Never 3 Criteria 4 World on Fire.

4 King of the Kill 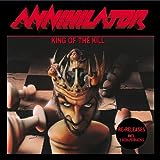 King of the Kill may not be the fastest or the heaviest, but it's the most consistent album Jeff ever made.

5 Set the World On Fire

I love this album. My favorite songs on it would have to be Set The World on Fire, Snake in The Grass, Knight Jumps Queen, The Edge, and Don't Bother Me. This hole album is great though. 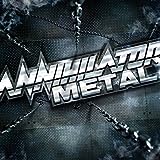 Best album by far! To bad they don’t play any of the songs live because all my favourite are on this album. 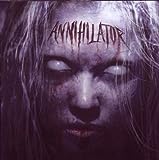 This should be in the top 3. One of the best and most underrated albums ever 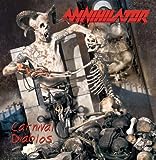 Better than anything Metallica has ever done. I mean it.

This album is the most underrated thrash album ever

Carnival Diablos rule and Joe Comeau is the best singer they ever had. 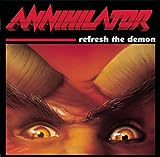 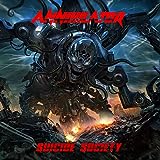 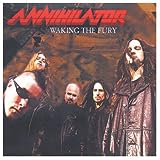 13 For the Demented - Annihilator 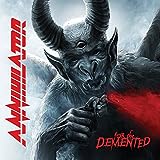 One of the best Annihilator albums full stop 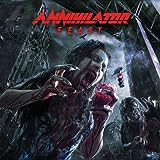 Underrated as hell, If this same album were released between Alice in Hell and Never, Neverland it would be WORSHIPPED. 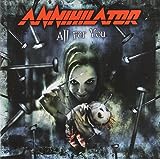 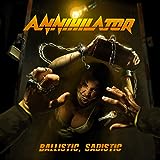 This album deserves to be on the top three nobody expect an amazing album produced on the old ways since their first three albums and schizo deluxe by hair. its like released from the 80s with fresh quality sound and nostalgic influences from alison in hell and never neverland formula