There are certain books that everyone has heard of but has probably never had any interest in reading.
The Top Ten
1 The Diary of Anne Frank

Unlike most people, I've read this book (actually, I read 'The diary of a young girl' but it was the same) and such a shame not a lot of people read it. There is so many copies in my school, and I know only about five people who read it. It is a truly remarkable book, and I enjoyed how brave and mature she was, and how she dieed at the end because of sickness was so sad.

I have read this book several times, it is heartwrenching. It's too bad more people don't actually read it. When we forget our history, we are doomed to repeat it.

I have read this book and it's just so wonderful and beautifully written that I couldn't stop reading it!

I read it. I only read like half of it though.

I don't think too many people have read the whole of this book.
I have probably read less than twenty "proper" books in my life (not a fan of reading) but I have read The Odyssey, The Illiad, The Catcher in the Rye, The Adventures of Tom Sawyer, The Adventures of Huckleberry Finn and Animal Farm. Weird!

People don't read it because why would a book that holds the future and truth but it is cheap MILLION DOLLARS! Also it because of how long the book is

I don't read the Bible all at once. Rather, I read a little fraction each day. I know I'll finish eventually...

I read the bible cause I am Christain. I barely read 306 pages. The bible is too long but I will somehow finish reading it. 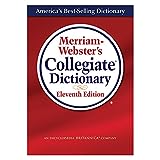 I JUST spent fifteen minutes strait asking people if they read the dictionary for fun (we had time to kill in algebra) and that is so entertaining, most people say What? , but you do get some surprising answers.

No one reads the Dictionary, but everyone knows who Webster is.

4 The Catcher in the Rye

Although not my style (I like fantasy - Lord of the Rings, etc. ) I've read it and it's definitely one of the best books ever! Every teen should reed it.

I've read this and it's amazing. One of the best books ever written.

Yes, I'm guilty. I have not read this book.

The longest poem ever written.

I read it and loved it!

6 The Adventures of Tom Sawyer

Hey, I love this book, but your right only five percent of people who talk about it have actually read it. And most peaple think it is about him tricking other people to do his work but that was only like one page. Most of it is about Injun Joe trying to kill them.

Read it in class. Loved it to death.

Everyone knows its long. But naturally that means no one has read it. Lazy culture of today I guess.

About the Russian revolution, as well as the France AND with hidden messages regarding about WW2 and a book for all vegans and even non too I guess

I've read a lot of these.

9 The Adventures of Huckleberry Finn

It's a shame more people haven't read this. It's entertaining, and a wonderfully told story.

Everybody in my school laughs at the title...

Wait I thought it was a play script not a book.

15 To Kill a Mockingbird

I've read this before

Never again. I will never touch this book again in my life.

Almost as long as the Odyssey.

Sort of the Greek Bible

17 The Lord of the Rings

18 The Day of the Locust

19 In Search of Lost Time

Great book. Goes over how the opponent and you are one, It is not about besting the opponent, but besting yourself before you meet an opponent. 10/10 would definitely read it again.

Again, I've read most of these.

25 Of Mice and Men - John Steinbeck

I read it in 9th grade and it sucked.