The Top Ten
1 Live After Death

The classic, legendary essence of Iron Maiden at their very peak. It cannot get any better than this. Had to re-buy this record several times because it was playing 24/7 back in the days.

Of all the recorded tracks from this release, not one lets up. Each and every song presented here might not contain the band's best performances ever, but they're still pretty great. Combining fine performances with their all-time energetic peak, you just can't go wrong here. Live After Death might just be Iron Maiden's definitive live album. I would even go as far as to say that it is possibly the greatest live album of all time. Also, this rendition of their title song might just be the band's all-time greatest track.

Live after death is pure badness, the powerslave tour Maiden put out was unequaled by any Metal band or any other for that matter. I will always respect Metallica and I am from the U.S. but Iron Maiden has freaky talent and took it to the next level for all to witness, best live album period.

The classics when they were still fresh, maybe my all-time favourite album. 'Maiden England' is a great companion too, covering the next two albums and a few older cuts not found on here, with surprisingly little overlap. After that, the live albums start to get repetitive. 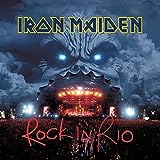 Fear of the Dark, Ghost of the Navigator, Blood Brothers Sign of the Cross, Clansman are played the best on this album and are the highlights and are played the best. There's also Wrathchild, Number of the Beast, Run to the Hills, Trooper and 2 Minutes to Midnight here to up the ante and to whet early iron maiden fans's appetites.

Bruce's vocals definitely peaked on Somewhere in Time and went downhill from there, but for some reason it got extremely powerful in 2000-2002, showcased beautifully on this monstrous live album.

Even if Live After Death is a classic
Rock In Rio is the best live performance ever done by MAIDEN
the setlist, the energy, the crowd, the atmosphere
Everything in this album is perfect
The Rock In Rio 2001 is the best Iron Maiden performance on stage and my only regret is to didn't have the chance to see it by myself 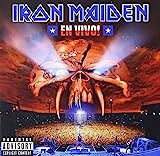 The summary of the best songs from Brave New World, Dance Of Death and Final Frontier albums with some classic songs - and it works perfectly. Especially the energy in their new songs, such as in El Dorado and When The Wild Wind Blows is stunning.

I have the DVD version with the full concert plus a behind the beast documentary- It's awesome!

My album! The passion and professionalism is huge in this concert. Massive love for En Vivo! 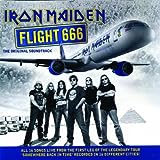 Flight 666 is great "best of 80's" live compilation album which reintroduces classics like Powerslave, Rime of the Ancient mariner and Revelations which are superior to their studio or LAD counterparts. Best Maiden live album yet.

Very good live album with a brilliantly mixed bass track. Close third after the legendary Live after Death and boneshaking Beast over Hammersmith.

The Classic recording from the 7th tour of a 7th tour, regarded as the best Iron Maiden live performances ever - the last moments of the classic lineup and the Golden Age of Iron Maiden - one must own this:

I choose this one because of the songlist.. Killers, the prisonner, still life, wasted years seventh son... It seems that for once, they played the songs that the fans like (trading Heaven can wait that we all hate for aces high would have given almost a perfect set list (and of course adding the trooper instead of die with your boots on.

I love that they played some songs you don't hear a lot live, like The Prisoner, Still Life, Seventh Son Of A Seventh Son and Killers

6 Death On the Road

The most spectacular and theatrical show which Iron Maiden has ever done - masks and reapers in Dance of Death, the war theme in Paschendale and many other special effects in other songs make this album great. 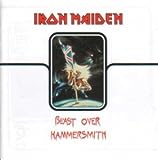 Brilliant, arguably one of the best Maiden live appearances ever. Can it ever get more ass-kicking than the opening track Murders in the Rue Morgue? Had this one been released back in the eighties, Live after Death would probably not be considered one of the very best live albums ever recorded.

This album is just the best, it should get a decent vinyl release as well. The Di'anno classics plus Number of the Beast tracks, perfect. Way superior to LAD.

8 A Real Live Dead One

A REAL LIVE ONE
1. Be Quick Or Be Dead
2. From Here To Eternity
3. Can I Play With Madness
4. Wasting Love
5. Tailgunner
6. The Evil That Men Do
7. Afraid To Shoot Strangers
8. Bring Your Daughter... To The Slaughter
9. Heaven Can Wait
10. The Clairvoyant
11. Fear Of The Dark

Similar to A Real Live Dead One double album, this one is recorded at Monsters Of Rock festival at Castle Donington in 1992.

10 The Book of Souls: Live Chapter 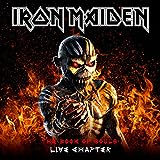 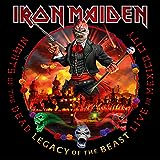