The winners of the Grammys used to be awesome and talented. But those days have come and gone. Now, almost all Grammy awards are given to talentless hacks and the fact that they're such horrible "artists", yet they won some Grammys makes you lose even more faith in the Grammys and modern music in general. Here are the worst winners of the 61st Annual Grammy Awards.
The Top Ten
1 Invasion of Privacy - Cardi B (Best Rap Album) 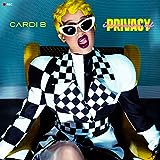 At least there's Greta van fleet for best rock album even though their album after that kind of sucks but they're good. You should check them out.

What a joke! This album was a pile of donkey crap. But at least 6ix9ine didn't win this award.

It is good. Free your bias and listen to this album.

Dua Lipa (born 22 August 1995) is an English singer and songwriter. Dua Lipa was born in Westminster, London, to Albanian parents.

Greta Van Fleet should've won this award in my opinion. They actually make good music unlike this little snitch right here called Dua Lipa. Her music is so terrible and I thought Ed Sheeran was a bad singer from the UK. She shouldn't have taken home that Grammy.

You guys know the curse of the Best New Artist award. Its actually good she won because most winners of this award fall off and become irrelevent. Just look at Alessia Cara.

"She say, do you love me, I tell her, only partly, I only love my bed and my mama, I'm sorry"
How the hell do people think lyrics like these are worthy of a Grammy award? That will always be a mystery to me.

This shouldn't even be classified as rap! It shows how dead hip hop is today.

4 Pharrell Williams (Producer of the Year)

Have you ever heard the production on Ariana Grande's album Sweetener, which Pharrell took care of? Because the production on that album was AWFUL, and it contributed to the fact that that excuse for an album has become one of the worst albums of all time. The song on that album with the worst production is The Light is Coming, or as I like to call it, YOU WOULDN'T LET ANYBODY SPEAK AND INSTEAD. There's my reasons why Pharrell should not have won this Grammy. 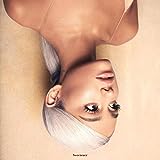 So an album where each song has endless layers of autotune won a Grammy? There goes some more of my faith in modern music. Also, it winning that award further confirms how overrated Ariana is.

This is a nonsense song. I'm surprised people actually take this song seriously. That chorus is meaningless and complete drivel.

Yeah, this really isn't even real r&b but what's new?

7 This is America - Childish Gambino (Record of the Year)

Everyone on this site believes that this song is one of the better hit songs of 2018. In fact, it is no better than In My Feelings. Lightning Strike from Judas Priest actually deserves this award of Record of the Year.

I kind of like this songs message, but I don't think a lot of people actually payed attention to it. I think Judas Priest deserves this Grammy.

This song is way overrated. One of the worst songs of all time objectively. Also, it's played so much that it makes What About Us, and all Post Malone songs ever look like they've never been heard on the radio.

This may not have deserved a grammy, but it's still a great song in my opinion.

Out of all the AOTY Nominees, Golden Hour deserved to win. It is a beautiful album with amazing lyrics and pop-country production. This album is a 10/10!

ACTUALLY, NickelbackLinkinPark4Eva, the song was written to address how bad racial discrimination (especially towards African-Americans and people of color) and gun violence are in the US and how they (people involved in gun violence) use guns as a sort of "entertainment" when it actually ISN'T. This song does NOT promote terrorism and gun violence BUT OPPOSES IT. Its message was pretty obvious when I first watched the music video.

Did this actually win a Grammy? That's just terrible. To anyone who hasn't seen the music video, I really don't recommended watching it, because the video is evil as it encourages terrorism and gun violence.

The riffs are awesome but the vocals suck.

It may be better than One Kiss, but it is still a not-good song that doesn't deserve a Grammy. 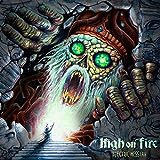 I'm still laughing hard at this. Not a bad album but the best? Come on. By the way, the nominees were not the best choices either.

15 Joanne (Where Do You Think You're Goin'?) - Lady Gaga (Best Pop Solo Performance)

Not a bad song by any means, but it really felt they were awarding Lady Gaga instead of the song itself, if you get what I mean.

"Havana" was one of the defining songs of 2018, "God Is a Woman" features an exceptional vocal performance from Ariana, and "Better Now" is a tightly constructed pop song with elements of trap and rock, and I think any of those deserved the award more.