These seasons are ranked in quality, acting, writing and my thoughts.
The Top Ten
1 Breaking Bad - Season 5

Breaking Bad is amazing but season 5 takes the top spot for the series.

Best of all time

The wire was a marvellous from start to finish but season 4 was just truly amazing. We are introduced to 4 young kids living hard lives in Baltimore getting dragged in and out of drug dealing, violence and just being kids, David Simon presents this in amazing quality and will be remembered for years. 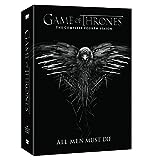 The sopranos is a fantastic classic show that shocked viewers with amazing acting and writing.

This is one of the best single seasons of television I have seen in a very long time the acting is amazing and the story is very dark and twisted, must watch

Six feet under started of with a bang. The series is strange, twisted and not what viewers were expecting.

Season 4 of Dexter was a milestone not only to the series but to television at the time. The shows story had kept the viewers guessing with more mind-bending approaches than ever before. Easily the arc of one of my favorite series of all time.

I may be on my own here but the first season of true blood was different, strange and ultra sexy.

Homeland tell a very dynamic story and the first season is quite interesting, a much watch.

This was originally the ending of the series, and it was so good that I would have been higher OK with that

A clever, incredible season that built up to its peak that no other show had matched

One of the best shows the acting of Billy bob and Martin Freeman is incredible plus some of the directors of some episodes are the same as Breaking Bad plus the great soundtrack plus the cinematography plus Lorne Malvo plus acid dark humor plus aw jeez! Heck... yah um it's a great great show fellows must see.

Greatest show of all time! Not to mention the greatest T.V. character of all time is in it... Ryan O'Reily!

Wonderful season throughout, based on one topic but brilliantly filmed. One of the best series of all time and it's best season.

Legend. Best of all series.

This should come in first place, and breaking bad season 5 at 2nd place, and game of thrones season 4 at 3rd place in my opinion

Game of thrones is easily one of the best things to happen in cable television maybe since the wire, it is one awesome gruesome adventure.