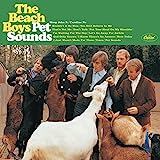 Pet sounds totally changed the beach boys and showed the world what they could do. It's more deep and personal than their early surfing themed songs. At the time Capitol records considered this album to be a complete failure. However over the years it has grown to be considered one of the greatest albums of all time. I wonder if Capitol records ate their words and apologized to Brian Wilson. - Windowstcm1988

Listen to Paul McCartney about this one: "I believe nobody can claim to musically educated until they have listened to this album." Those are not his exact words, but as close as I can get off the top of my head. He bought a copy for each of his children for their musical education. The Beatles played it for their sound engineers over and over while recording Sgt. Pepper's. - beatles

Lemme explain something: this song did nothing for the beach boys when it first came out. It received a lot of critical acclaim, but didn't sell like their other albums.

Is there even a contest? - EGBrett 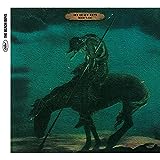 This is actually a great album, featuring mixes from all sorts of songs from everyone except Dennis Wilson (marking the 1st time that he didn't write one song since Wild Honey). 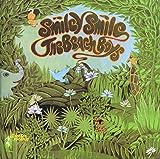 Why this isn't #1 is just beyond me. SMiLE is the greatest piece of music humanity has seen so far. Doesn't matter he didn't finish it in '67. He did in '04. The whole thing works best as a whole, but guys, Surf's Up, Good Vibrations, Heroes and Villains, all on one album. And everything is linked in so well.

Even in it's unfinished form this album was way ahead of what anyone else was doing at the time, even the Beatles. How this is not #1 defies all explanation.

Their unfinished masterpiece. Listen to the Smile Sessions.

Greatest piece of music ever recorded

The Beach Boys album each member contributed a song.

What is this even doing on here? This is just some random compilation, and not a popular one of that. - Idontreallycaretoomuch

My Fave BB album! I am going against the grain here, pet sounds is number 2 for me.
This album still has the beachy sound pe sounds lacks yet has jazzy mature sound verses very early BB albums. California Girls, Then I Kissed her, Help me Rhonda, Your's so Good to Me all great songs.

14 That's Why God Made the Radio

The beach boys have been making album for 50 years! - SammySpore

Its one of those albums that's a must have for any collection.

Best Beach Boys Songs Best Songs Between The Beach Boys, The Beatles and The Rolling Stones