The Top Ten
1 World of Warcraft

Best game ever made. Best years of my life were staying up late with friends from High School playing this game together and made lasting friendships because of this game. Only problem with it, it was so addicting!

Best game EVER, I played it when I was three and still love it. Even know MOP is a very bad exspansion pack

Stick with the original

This is the best ever!

The first blizzard shooter, and a strong game.

It's pretty good, while Blizzard has been more focused on RPG games and MMO's, this game is good enough for rival the legacy of even Battlefield and Call of Duty

Diablo 2 is a game that kicks ass like HELL (literally). A great variety of classes to choose from and lots of special skills each class has. The quests are fun and he bosses are a thrill to fight. D2 FOREVER!

Definitely the best game Blizzard ever made, along with WoW of course

Nothing beats this RTS for the simple fact people would actually abide by made up rules like "no rush 10 minutes" and this is the only RTS where you can UNALLY your allies and kill them if they displease you haha. Such a great game, only problem was my parents couldn't use the phone while I was online ha. Freaking dial up internet.

Harmless fun, personal favorite of ever.

Why is this game below overwatch?

Such a great game, it's a shame the reforged version was so crap, but nothing beats this original simply because of the lore! There's not a single game out there with a better story than this game. Campaign was awesome. Not to mention this game gave rise to a whole new type of game with DOTA!

This game is so deep and polished, has such a unique charm, rich and engaging world, story and characters, enormous possibilities with WorldEdit, gave birth to WoW and the MOBA genre, basically revolutionized online RTS gaming along with StarCraft, brought an incredibly fun combination of RTS and RPG elements to the table. Don't even get me started on the absolutely unbelievable soundtrack and iconic design. Warcraft III transcends generations and is still perfectly playable (whereas Starcraft and Diablo II nowadays tend to draw people away due to their outdated graphics and mechanics). This, to me, is the quintessential Blizzard game, and to this day the greatest one they ever made.

Sc2 is more balanced and has better graphics, but I love this game, I give it #1. There's nothing cooler than heros that can kill whole armies.

This is like the futuristic, sci-fi version of WoW! Now, many people may be into the medieval kinds of games, like WoW, more, and I get that. I actually use to be like that myself. But now I'm more into this sci-fi stuff. If you are anything like me, a big fan of both real-time strategy and sci-fi, this is certainly the game for you!

Family size bundle, the favorite game of all time again from the Starcraft saga. There is much to gain access as the game progresses and a lot of choices with also the selection to ignore some of the others that can handle fine without additional contrast. An amazing experience and a great game to retain. Once again shows Blizzard can give Starcraft another advance, good time.

Should be at least #2! Starcraft is way higher than Diablo what.

Everything is perfect here, the units, the heroes, the campaigns and even Blizzard's special maps, everything work here. My only deception is that the Naga are not playable, but Warcraft III: The Frozen throne is still the best Blizzard game I ever played.

An excellent expansion that flowed very smoothly from the original and only made it better.

8 Starcraft II: Heart of the Swarm

If you like Starcraft II, you should like this as well. I mean, it is literally just the second part to the Starcraft II Trilogy, so if you vote for Starcraft, remember that there are 3 parts to it!

Only the Queen of Blades can reign supreme in the universe!

Hands down. Seriously, what sequel is better than the original?

Ummm why is there a pic of D2 here? But still amazingly gorgeously terrifying.

The Contenders
11 Heroes of the Storm

I can't help but cast my vote on this game only because I am expecting this for so long that I started to think that Diablo series ends in D2. I believe the reason why they made D3 is because the fans have already requesting it. They even have a website long before D3 announces it's release. Although it didn't meet the fan expectations, but what can they expect when Blizzard North have already disbanded.

Come on people vote for this how come that is in last place? 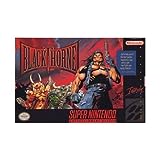 Also a game from Blizard entertainment from the days they still were names Silicon & Synapse.

Super underrated game. Even though I can't deny Diablo 2 is better

Such an amazingly simple yet fun card game that has a bunch of different ways to play and is far better than their laugable WoW trading card game that they finally discontinued.

Though underrated, still a great game by Blizzard worth checking out.

One of the underrated Blizzard games right here.

I know this game is underrated, but it being as low as this is a little heartbreaking

21 World of Warcraft: Wrath of the Lich King 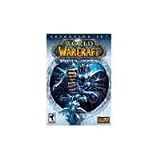 Best expansion to the greatest game ever made. WoW only went downhill after this game.

22 Starcraft II: Legacy of the Void

Wait…I'm a little confused here…how is it that Starcraft II is way up in 5 or 6 while this one is way down here. I mean, this Starcraft and Wings of Liberty are both just 2 parts of the same game, right? Slightly confused here.

THE best warcraft game, may not be as fancy or complex but definitely my favorite.

24 World of Warcraft: Mists of Pandaria