Worst Games for the Nintendo DS

Animal Crossing: Wild World is on here? It is by far the best DS game. It keeps sucking you in and it's really fun, but the best part is, it never ends!

I didn't think I was going to vote in this list. Then I saw this and thought "oh yes, it's that ridiculous game I played once".

You're paying $20 for a game you can get for free on the PC.
Still not convinced? How about lackluster graphics, gameplay that isn't replayable, and $20 for a free game.
GO FIGURE!

What a stupid game! I always ask my friend to delete this game. This is worse than kicking someone's butt. 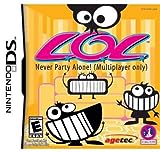 There are a lot of games on here that don't deserve to be here. This isn't one of them. Why? Because it makes you have to pay for what's essentially picto-chat. Yeah, I'll stick to it being free thanks.

This game shouldn't have been multiplayer only.

If it weren't for the bad touch controls in this game, Pokemon Dash wouldn't be in this list!

4 Deal or No Deal 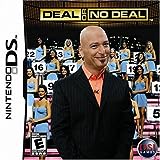 I got this game on the R4 and it's just a ridiculous concept making a DS game from a popular show. There's limited gameplay, it gets very boring after a while and I'm just not a fan of it at all.

My Mum had the UK version with Noel Edmunds. I assume it the same game with a different guy on the front and different colours etc (UK has red boxes.)
I voted because I don't like seeing New a Super a Mario Bros on the list, although I think it's a joke.

I owned this game as a kid, I remember it being quite boring.

Okay I think this is the worst in the trilogy but I think it is a great spin off series. Now while the idea sounds stupid the story in the games are great! But the capture system in this game is not good. Also the sequel was my first Pokemon game and I really liked it. It's sort of like Pokemon rumble in my opinion how the first game was okay but the sequels were great! While I don't like this particular game I do think the series is really good in fact the third Pokemon ranger is one of my favorite games ever and the stories are dark and great so stop hating on this spin off series.

It has no point and no end! All you do is make circles over a Pokemon for 1 minute, and bravo you caught a Pokemon that's going to have to leave soon.

"Capture on!" then you do a few stupid circles around the Pokemon then "capture complete!" And I was like what?

This is one of the only games on this list I think is pretty much crap.

This game shouldn't be here. It is awesome!

I love this game! This shouldn't be on here!

No this was great 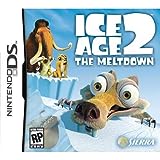 Yes it's the worst

I reckoned the game was great. I don't see what's so bad...

Hey why is this here?
The game is awesome!

If you buy the limited edition, you get 5 extra levels not part of the main game.

I own this game... and I do not even want to remember playing it.

I knew at the instant that this is probably Japan exclusive.

This game is as confusing as Theme Park when it comes to the boss levels which were made almost impossible on purpose. If you search how do I beat act 1 level 6 of this game, a few people will say it is impossible. I am considering selling this due to the amount of confusion and boredom this game has brought me to and I only got it as part as a 3 preowned games on discontinued consoles for $15 deal because there was nothing else that interested me otherwise I had to pay $3 more to buy only the game I was looking for and it definitely was not this. This would have to be 4th in the top 5 worst games of my opinion as shown below:

1. Theme Park (Too confusing and suicide game over in the ps1 counterpart)
2. This (Boss levels too confusing)
3. Super Mario Bros* ...more

I got this game thinking it would be awesome. After I finished I was like... no... the hell is this! I threw it out the window, wet it, smashed it with a hammer and let my little brother play with the little pieces to use as a garbage for his toy trash truck!

This is no fun at all 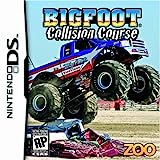 This is a really good game, in my opinion! I mean, each to their own, but, while the story is still the same as the other Mario Bros. games, the cool power-ups, good graphics and fun gameplay make it, all in all, a great game.

Definitely not. I'd argue that this game is actually the best one in the New Super Mario Bros Series. It's a simple, but fun little platformer that remains fun every time I play it.

I think this should not be on this list because it's a pretty good game. If you agree with me say something positive about this game. I hope you agree bye

The glitchy number-reading was enough for me... it thought my 7 was a 9. Methinks it's time for Brain Age to get a brain of it's own.

Why is this on here?
The only thing glitchy is the mic feed, Seriously try shouting "Blue" on the DS

This game is enjoyable despite it lasting less than an hour.

When will they make a new Dr Kawashima's Brain Training game on the Switch?

Really they made a game of an adult series on Fox about a professional doctor? You gotta be kidding me...Games are for kids...What now?! Business Mario Trading?!

"Games are for kids"

Says this about a game rated T for TEEN.

This was the first Animal Crossing game I ever played, and I've been addicted to the series ever since. I'm sorry, but if you find this boring, you probably aren't the target demographic

Animal Crossing was never good in the first place...
It was a mistake

You gotta be kidding me...

I remember playing this game once on my sister's DS when I was really young.

This game is the reason the earth will end some day.

I don't hate MLP and I like bronies and pegisisters. The only problem in the game is, It's too quick

25 Green Lantern: Rise of the Manhunters