Video Games With the Best Endings

Are you kidding me? Number 17? Call of Duty GAMES HIGHER? This list has some horrible games in the top 10. Bioshock is great, but shouldn't be number one. This game, however, is masterpiece in its ending. Emotional, funny, and musical number. Fantastic.
Also,
Shadow of the collosus and MGS 4 are not in the top ten. Horrible list.

Imagine this: you were trapped in a big, underground training prison all of your life with no escape or exit, then after taking down two mega AI's you finally see the true light of day. How great is that?

This is the best game ever and when I finished the final showdown with wheatly I was like...OH YE-YA! (plus Has anyone mentioned the companian cube? )

It's beautiful. Play the game and find out

4 Shadow of the Colossus 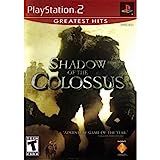 The ending was so incredible, I did not think that until I have seen the work of nomad colossus and his video"light and dark", then I was so curious to see all the forums dedicated to this game and this is how, by seeing all the work and how smart the game was designed that the game passed to one of my favorite games to my favorite game of all times. By far.

I like more the ending of the harley quinn's revenge, are wee taling of that? Because I don't liked the original ending

BioShock is full of chills and its storyline is so gripping, so of course the ending is good!

The good ending made me smile like an idiot for an hour.

Amazing game. One of my favorites, for sure.

You knew it was going to happen eventually, but it was still a blow to the feels when it did

10 The Legend of Zelda: Ocarina of Time

That last battle against Ganon is so satisfying.

The Contenders
11 Star Wars: Knights of the Old Republic

Glad to see this one high on the list. Not only was the writing in this game amazing, the ending was pure Star Wars. I actually clapped at the end of this one.

The first time I played this game, I didn't know I'm supposed to get agent 47 up in the last mission.
I cried so much because I thought agent 47 died and the wonderful franchise ended.
I cried too when I figured out the true ending, because it's such a relief that the agent 47 is still alive and this amazing franchise would go on.

too bad the movie turned out such a disappointment
orphans, a girl, so many kills don't get me started... such a disaster.

Everybody loves bioshock one and infinite, but no one recognizes this game, it really is sad it's just such a good game and ending

The good ending is so beautiful, its impossible you can't cry with this 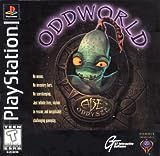 This is the greatest ending in the series and honestly in all of fiction. Abe started as a slave, and discovered Mullock was trying to kill the slaves. He escapes and discovers the horrible things he and all his fellow Mudokons had done, chopping up innocent animals and overcame the trials. And his chant had power. He goes to Rupturefarms saves the others but he's in a certain death situation but since he did good things good things happen to him. And the slave becomes the Messiah. As great as the other good endings in the oddworld series are this one takes the cake. It's a shame the best on the list is the lowest on the list.

The 2 greatest endings ever. After watching the two endings to the game, I almost cried. In the good ending its really sad that Cole dies and its epic when the lightning hits the boat. In the evil ending its sad when Cole kills Zeke, who had been his best friend for well, forever.

(SPOILERS) You will never find an ending more satisfying and wholesome than Undertale's true pacifist route. All the characters are content, and Frisk (the main character) gets to live a happy life with friends on the surface world. The game's end credits display the wonderful conclusion to the entire story, and you would expect a lengthy ending to be cheesy, but it is completely gratifying and touching. Toby Fox is a genius for making an ending this good to guilt you from resetting. This ending adds to the life of the game. I like Portal 2's ending, but it is nowhere near the perfection of Undertale: True Pacifist. Don't believe me? Then get the ending yourself to find out.

The true pacifist ending is the best ending you will ever get. I like and respect Portal 2's ending, but the Undertale true pacifist ending really leaves you satisfied and maybe even crying! It has great music at the end, tells you how the rest of the characters choose to live out the rest of their life, resolves everything really well, and it all just generally leaves a smiles on your face. This game is absolutely beautfiul, and everything depends on the choices you make. I cannot think of any game ending better than this, therefore, I believe this should be number one.

"Asriel Dreemurr loved Chara"
Sans: Thank you, Frisk
Sans: You became... ...a mass murder for our sake...
Frisk: I promise I won't let this error go to waste.
Frisk: No, I don't want that! A person selecting another save file...?! I want her to play about me and no one else for the rest of my life! Even after I die... I want to be at the front of her mind for a while! 10 years, at least!
"Only Flowey knows"
Undyne: Farmer-kun who bullied Alphys as a kid, because she was pregnant.
Papyrus: *sniff* *sniff* I never get tired of Spaghetti's beautiful handwriting it even smells nice.
"Frisk becomes green algae (crying)"

Well Undertale was something I didn't expect. There are a lot of endings in Undertale but the only one I did is the best one. Just think for a moment, everything in your world doesn't exists anymore, your friends, your family, eveyone you loved and knew died, and they are not coming back. The only things that still exist are a flower with powers who only God can match him and wants to kill you again and again and again, and then there is you a little kid who has nothing just one thing, it isn't an item, it isn't in the game, something everyone have but we decide how much we have, it's called "DETERMINATION" and that's is the only thing we need to win this fight. You could leave the game if it's to hard for you, but if you have enough Determination you can win it.

At the end you win and you have two choices kill or mercy, it isn't like other games that if you choose the obvious choice you get the bad ending, no, It's justified why you want to kill ...more

24 The Legend of Heroes: Trails in the Sky

Starting from after you beat Dr. Nefarious, you will be in multiple emotions in the next 10 or so minutes.