Incredible. This is one of my favorite albums presented by any artist, in all honesty. Every song on that album has an entirely unique feel to it and you can tell just by listening how they enjoy doing what they do. The Foo Fighters should be the name of a wine. It should be the name of a whine that's incredibly good, and even though people think it can't get better, with age it does. That's what the Foo Fighters do. Thank you guys, for incredible music, hopefully for years and years to come!

My favorite foo fighter studio albums go like this.
1. Wasting light.
2. The color and shape.
3. Echoes, Silence Patience and Grace.
4. Foo fighters/Nothing left to lose.
5. One by one/in your honor.
6. Sonic highways. I love all the other albums a lot they are all great except this one in my opinion I just think that I am a river is absolutely trash, I don't like Subterranean and what did I do isn't that good either.

Oh My God... This album is GREAT. This is undoubtedly their best overall... Although my favorite song by them is the Pretender, the album that song is on doesn't even come CLOSE to this. Dave and Co. Are at full throttle and deliver a fantastic collection of music just for the fans... Good job guys.

2 The Colour and the Shape 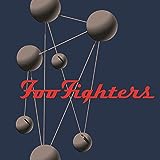 As brilliant as Wasting Light is, I feel the greater dynamic variation on this album, having both heavy songs like Monkey Wrench and Enough Space along with softer songs like Walking After you and February Stars really allowed the Foo Fighters to demonstrate the full capability of their talents. Whilst Wasting Light feels like a collection of great songs, The Colour and the Shape feels like a true album, a musical journey that takes the listener on a ride, whilst simultaneously having some great singles along the way. Oh and it also contains Everlong.

The album that introduced me to them and "Everlong" is still my favourite track of theirs. The rest of the tracks are also very good and sounds to me like their most cohesive album although the follow up "There Is Nothing Left To Lose" comes in a close second. This is still their best album and ranks among the best for its genre as well.

Wow... I'm very surprised that this isn't at the top. This is by far their best album, and beats out Wasting Light by a landslide. My Hero, Everlong, Monkey Wrench, Hey, Johnny Park! My Poor Brain, February Stars, and Walking After You are nearly impossible to beat. Vote this one up!

3 There Is Nothing Left to Lose 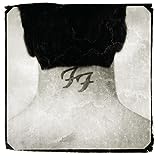 The Foo Fighters are still amazing and evolving, but we will never get anything close to There Is Nothing Left to Lose. I feel this one is deeply under rated. If it judge by the whole album, you go on a journey. A journey that cannot be replicated or emulated. It is the crown jewel of a one of a kind ride.

Although from a critical standpoint I believe Wasting Light to be their best, this album always will be my personal favorite. You can tell during this period that they had just had three members come and go and the entire play through sounds like three friends just relaxing in a house making music, the thing that they know will never leave them. Favorite tracks are Generator, Aurora, and ain't it the Life.

No... Just no. Maybe Wasting Light rivals it, but Echoes, Silence, Patience and Grace, Colour and The Shape, and Greatest hits don't come close. Stacked Actors is incredible, with a heavy metal style that's unusual for Foo Fighters. Breakout is very catchy with a great beat and great guitar riffs. Learn to Fly... Enough said. Just a great album.

This album can be listened from Stacked Actors to MIA every single day for the rest of your life and you will never get bored. Though I will say that Wasting Light is the same but I love this album more. The colour and the shape was made great because Dave played drums on it - but its not as great as the two albums made in a garage... 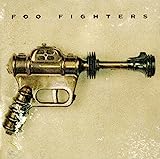 Unique to their later albums; essentially a Grohl solo, but it has a fantastic grunge feel to it. Nirvana-esque you could say, but it's not as heavy and the lyrics aren't as engaging, but this doesn't do anything to detract from the album All great songs, and the most grunge FF album like I said I think The Colour and the Shape is their best album, but this debut is way too low on this list.

It's the debut album. It flows like it took a year to record, and out together, but it was recorded in five days. Come on. The songs are incredible. It's just a dark record that makes you feel good. Especially "Exhausted". It's just a perfect record. They sounded just like the record live during that time too. It's just an album full of bangers.

This is the sound I want FF to sound like. Maybe not the best lyrics, but great music. Good Grief is the best one I shoudl say.

For being just a collection of songs that dave put together by himself, this album is great. Pure dave grohl the whole way. From songs like "for all the cows" to "watershed" this album is a go-to all the time for me 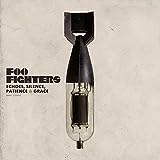 This albums got everything the Foo Fighters have to offer!
Take some time to really listen to the masterpieces that didn't make it to the charts and you'll fall in love with the band again and again. From the earpouding rock songs like The Pretender to the acoustic Stranger Things. And Let it Die is an epic on it's own that shows the dept and variety of this great band.

Shows the true variability the Foo Fighters have with their music. They go from the hard to the soft all sounding just as good as the last.

This is the most solid and fulfilling foo album. Its In Your Honor condensed down into perfect quantity of bliss and balance.

This is the Foo Fighters greatest album with all of their greatest song including The Pretender and Long Road To Ruin. 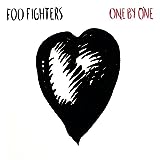 Why do so many people dislike this album so much? I think it's one of their best, if not, almost as good as Wasting Light, and TCOTS.

I personally love this album. Many people feel it was one of the weakest albums, but think about the gems on this album! All My Life and Times Like These, not to mention songs like Have It All and Burn Away, this album "Had it all." From the slower and mellow Tired Of You, to the head bang-worthy Come Back, this album is greatly overlooked compared to the rest.

Being a metal-head, this album's heaviness is great. The songs are also fairly good, but the band is right in saying it's not their outright best material. So maybe that's it - this isn't their best album, but it's my personal favorite.

Every song is perfection on this album and I don't tire of it. 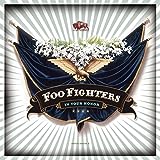 Easily their best album, with fantastic diversity and memorably melodies in both the heavy and acoustic stuff. Definitely should be higher than One by One and Echoes, Silence, Patience and Grace. Aside from Best of You this is a very underrated record.

This album is just awesome! It's so rich in variety and I love every song of the harder disc (1) as well as every one of the softer, calmer disc (2). And of course the lyrics are igenious, as always.

Killer riffs on disc 1 and beautiful acoustic songs on disc 2. All the songs are great but my favorite is Hell, even though its less than 2 minutes long.

Great album with an eclectic mix of songs. Should by higher than One by One. 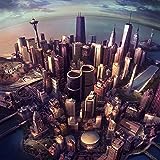 All foo fighter albums are 10/10 in my opinion
8. One By One
7. Foo Fighters
6. In Your Honour
5. There Is Nonthing Left To Loose
4. Sonic Highways
3. Wasting Light
2. Echoes Silence And Grace
1. The Colour And Shape

Literally every song is my favorite. It is hard to pick which song I like the most. Songs like feast and famine and conregation are some of their best yet.

After watching the documentary and listening to the music, they sound reinvigorated and fresh. The Foo' s are back!

Generaly, it is a good CD, but far from their best ones. "Something From Nothing" is nice, but that Dio's riffs... Guys, please... 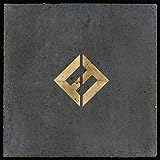 This album is absolutely amazing! All of these songs are great and it's a great listen from top to bottom. My favorite songs are definitely La Dee Da and Arrows, but when you got tracks like Run, Make It Right, The Sky is a Neighborhood, Dirty Water, Sunday Rain, and Concrete and Gold, it just makes this album an amazing experience. This deserves to be near the top 5.

I genuinely feel as if this is their best work. For once the Foo's are doing something fairly new, and working with Greg Kurstin was a fantastic choice. No song is weak on this album, whilst every album before (except maybe Wasting Light and TIKLFTL) had at least one dud (or many on One by One). Kudos to Dave and the boys for making a record this great this late in their careers.

Hopefully this rises after a few years or so. This is absolutely in their top 3 albums for me. Arrows, Make It Right, Run, Happy Ever After and The Sky Is A Neighborhood are some highlights.

Hey?! This album's gonna be AWESOME. Many people say that they prefer the older Foos, with Colour and Shape and There's Nothing Left to Lose. Well Concrete and Gold is a coming back to the oldies. 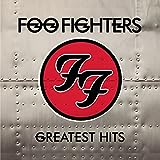 It's got the word, 'greatest' in it for a reason. Monkey wrench, Everlong, Learn to fly, My hero, The best of you, really people! 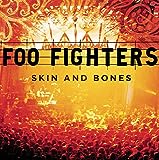 I've listened to this album dozens of times in a period of just a few weeks and it doesn't get old. It's rendition of My Hero is my favorite version of the song and The orchestra-like version of times like these gives me chills, not to mention that Skin and Bones is one of my favorite songs. Definitely in my top 5 even though its not filled with original songs. 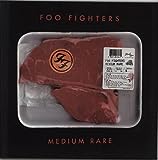 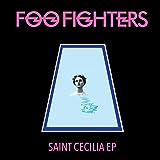 Every track is amazing! 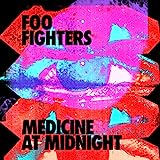