The Dear Hunter are a crossover prog duo from the US fronted by multi-intrumentalist Casey Crescenzo (with brother Nick Crescenzo on drums) who has originally found the band as a side project, being the singer of the band The Receiving End of Sirens at the time. Musically, as you can know from their above mentioned genre, they draw influences from various genres of popular music occasionally mixed with progressive rock. Their most common influence is from indie rock, but they are also influenced by swing jazz, and in certain songs classic rock, electronic music, they have even made a disco song.

However, the band is even better-renowned for their lyrics than their music. 5 of their 7 proper studio albums to date tell a continous story in five acts, the main character is where the band's name originates from. You can read about this story in several fan clubs and posts, so I am not going to go in details. A sixth act is yet to be released but the band has stated various mysterious facts about it, the speculations going as far as not even going to be an album.

All studio albums, live albums, EPs or their demo are eligible for the list.
The Top Ten
1 Act V: Hymns with the Devil in Confessional 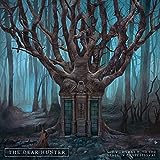 It's rare a band ten years into their career releases albums in two consecutive years, it happened to The Dear Hunter with Act IV & V. Musically it has a slightly darker tone, and it is the last "rock album" of the story - whatever this would mean, so at points it's a sum up of the four acts, e.g. The March consists almost exclusively of reprises from previous songs (even though those bits are all changed up stylistically. It has a bit longer average song length than other Dear Hunter albums (no song below 4 minutes) which is a good point for me because their shortest songs tend to be indie rock/pop rock which I'm not a fan of. With time it might become my favorite over act IV.

Best songs: The Moon/Awake, The Most Cursed of Hands, The Revival, Mr. Usher, Gloria, The March, A Beginning 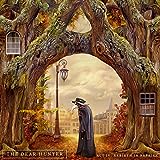 While Act II is my favorite album of 2007 and the best songs on it edge out the best songs on Act IV, I have to admit it has a couple of fillers, while IV is possibly the most consistent of the acts. After two non-canon albums (if that makes sense), The Dear Hunter returned to their storytelling after a 6-year gap in 2015.

While Anthony Fantano's claim about this album being 'overproduced indie prog' was certainly a negative opinion, it is true in a positive sense, just replace overproduced with "intentionally over-dramatic and ambitious". Apart from the usual swing and indie tracks it also has a surprise disco song (King of Swords, not a fan of that one for obvious reasons). The album is the favorite of many other fans, the ones that have it lower in their rankings have covering the least storyline of the acts as their argument.

Best songs: Both Bitter Suite movements, A Night on the Town, If All Goes Well, Wait, The Old Haunt 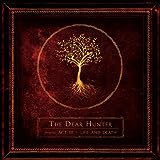 The only reason I don't like this album as much as the other long (I.e. non-1) acts is that the longest song isn't even 6 minutes and The Dear Hunter obviously tends to be more centred on prog and symphonic rock than indie in those songs. I have to admit this is compensated by the greater consistency and less filler tracks than on II or V. In terms of tone the album is a bit of a darker counterpart to act II in the same vein V is to IV which is understandable since almost all lyrics involve war (you can look up the story in a Reddit post called The Beginner's Guide to The Dear Hunter).
Best songs: In Cauda Venenum, The Tank, The Thief, Mustard Gas, This Beautiful Life, Life and Death, I also admit to like fan least favorite Go Get Your Gun

4 Act II: The Meaning of, and All Things Regarding Ms. Leading 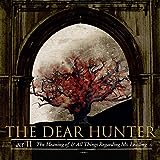 First, prompts to anyone who can remember that album title. Second, this album used to be my favorite from them since the highlights (Bitter Suite 1&2, The Lake and the River) outweigh those of other albums, but there are quite a couple of fillers in the second half of the disc. The Dear Hunter's first demo Dear Ms. Leading of 2004 has five tracks from this album on it in their original form (I prefer the demo version in case of Red Hands). Overall this was the album they became a symphonic indie rock band, and the swing and prog elements got a secondary role.

Best songs: The Lake and the River (3rd favorite song of all time), The Oracles on the Delphi Express, The Bitter Suite 1&2, Dead Ms. Leading, Vital Vessle Indicates

5 Act I: The Lake South, the River North 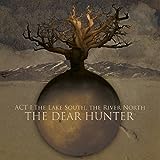 Their debut from 2006 is both the shortest album of The Dear Hunter and the one with perhaps the most progressive elements. With only 8 songs, 3 of them being interludes/intro tracks, leaving only 5 proper songs, it's hard to stack up against the other acts, but the highlights are the same quality as in the other albums. The swing influence is much more prominent and the prog elements are also in the forefront compared to later releases, which is interesting for their debut since Casey Crescenzo's former band The Receiving End of Sirens is less prog than new Dear Hunter (they're "experimental emo" if there's such genre).
Best songs: City Escape, The Pimp and the Priest, 1878, actually all five full songs are up to each others's standards 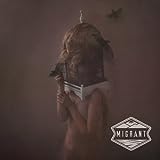 The Dear Hunter's only non-concept album's longest song is barely 5 minutes - so you can already assume this is a full blown indie rock record with some hint of their symphonic rock sound. They have released an EP called Migration Annex this year (2013) as well which is attached to this album on the deluxe edition.
Best song: Shame 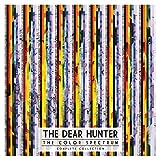 Casey Crescenzo announced to take a break from their 6-act story in 2010. They first released a limited edition EP called The Branches, followed by nine EPs in 2011 centred around capturing the atmosphere of each color of the rainbow (and black/white) in four songs. 2012 saw a full-length compiled from 11 songs from these EPs, and there's also an edition of all songs on them called The Color Spectrum: the Full Collection (that's the album cover you see here).

Although not quite the moods I would link to those colors, each EP really shows a different style: Yellow and Orange are rooted in 60s-70s classic rock/blues rock/hard rock, Red is grunge/post-grunge, White is indie, Black is industrial rock, Green is folk, Blue is art rock/soft rock, Indigo is electronic rock, while Violet has approximately the same symphonic rock Dear Hunter signature style as the acts.

8 The Fox and the Hunt 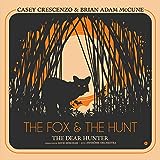 This album (2020) is mostly only dubbed The Dear Hunter since it's performed mostly by the Awesöme Orchestra who have orchestrated previous albums with some instrumentals from Casey Crescenzo. It is based on the orchestral themes on the act albums, as a classical fan I like it more than The Color Spectrum & Migrant but for an indie fan who got into prog through this band this is most likely not comparable to other albums.

9 All is as All Should Be

An EP released one year after Act V in 2017, most fan reaction was highly positive although I don't find myself coming back to any tracks, probably once again because of the absence of progressive elements.
Best song: Witness Me

A demo released back in 2004 with five songs being early versions of Act II tracks and five deep cuts (plus an intro track). Not as good as other early obscure prog releases like Leprous's Aeolia or Dream Theater's debut but still a worthy listen for a fan.
Highlights: Red Hands (better than studio version, has a dreamy atmosphere the Act II version lacks), Economics, Camera