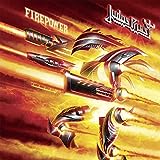 The key members of Judas Priest are in their 60s and they still rock. Rob Halford is 67 and his voice sounds pretty good.

Their Best Album since Painkiller and its easily a top 5 Judas Priest Album.

Yup, I loved it, this is coming from a Queen fan. The person playing Freddie was amazing and so was the man playing Brian May. Can I also just add that the guy playing Roger Taylor in this movie was hotter than hell?

This was a great movie, but it got more awards than it deserved and it made the song Bohemian Rhapsody more overrated than it already is.

First Bob Dylan who won the Literature Nobel Prize, now Kendrick won the Pulitzer Prize. It's awesome that worldwide they get more open minded and also consider sections that aren't part of traditional expectations but are publically acclaimed.

Yes it was great that Demi survived but it was also very unfortunate that she overdosed in the first place I guess that is being negative but that's how I see it.

Come on, I was looking forward to this talentless nobody's death!

I'm not a big fan, but she does have a good voice so I'm happy.

I don't mind her, but good that she survived.

Wish he was still in

Finally for ma second favorite band of all time!

This was a big victory for their fans, especially because they've been eligible since 1990. It's also a victory for prog rock in general because the Moodies are seen as one of the most important acts in its development.

I love the Moody Blues, and I waited so long for this. Each year, sister and I would quote the Spotted Elephant: "Looks like we're forgotten again." Now, the Moodies got in...sigh of ecstasy...

9 Radiohead inducted into the Rock and Roll Hall of Fame

They are much more deserving of this honor than Bon Jovi.

I'm not his fan, like not at all, but unlike some people I don't feel happy when an artist I don't like dies or is in trouble.
In 2018 Post Malone was involved in a car accident and plane crash, and was the target of a robbery. But thankfully, he survived.

He must be very accident prone to have all of this happen in one year. Basically I have the same comment for him as for Demi Lovato.

The Recording Industry Association of America certified the album 38-times platinum, meaning it's sold 38 million copies worldwide. The Eagles had held this honor before but Michael Jackson's death increased the

demand for his album "Thriller" and temporarily knocked the Eagles out of the No. 1 spot. Well, the Eagles

are back. Symbolically, rock music is back, too. I know that's good from my viewpoint though - because I prefer rock over pop. But I also know that many people prefer pop over rock so...

NOTE: only in the US though. Internationally, it is still "Thriller".

Honestly I expect it will be Rumours or Back in Black. 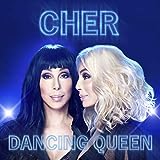 This is her 26th studio album and she still sounds great at 72. The album features covers of ABBA songs.

That album cover even has a Sonic body pillow where he makes does the "come here" finger while laying down. 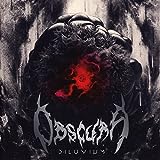 21 Cardi B releases "Invasion of Privacy"
22 Drake's "In My Feelings" challenge dominated social media
23 Ariana Grande's music video for "thank u, next" broke the record for most-watched music video on YouTube within 24 hours

For me, this is the most important music moment of 2018.

24 Earl Sweatshirt comes back with "Some Rap Songs"

A very depressing album, considered by many to be his masterpiece.