Beautiful interactive scenery; a lot of playable characters, all of them with special powers (often unique in game series); a complete pigs side; a special chapter (but not the entire game, such as Angry Birds 2) where you can choose what units to buy and launch; no annoyable hearts limits - for me this is the acme of Angry Birds series!

Better than the original in every ways, although reverting to prequel story is debatable...

This is the best app ever! It's better then angry birds star wars because their is new powers new worlds new charecters and if that wasent enogh you could join the pork side and teleport figures into the app I have gotten past every level in the app so far. So what are you waiting for vote for angry birds star wars ll

This is the best game in my opinion, and surpasses the original in gameplay.

My 2nd favorite Angry Birds game.
Its fun to fight with your Birds in dungeons and stuff against the evil pigs just to get some eggs. I really loved it sad Rovio just shut down arena.:(

Angry Birds Epic shares a completely different world of duel with live fight. I never expected this RPG game to hit the play store. It has a different means where the player duels in match instead of the same slingshot mechanism. With ability to craft armory and weapons and to brew potions, this game really is worth it for those RPG interested players.

This game is the best why is the original the best this one should be the best. Either this one or Angry Birds a Fight.

A classic for me and one of the better mobile rpgs. I wish they could add the other characters in this great rpg

The original is the best. Simplistic yet challenging it's the game that started it all.

Original is always the best. It's a shame it was deleted from the app store...

This is the lamest game of the whole thing. Who made this second?

Yeah this is bad new ones are good.

Very good game and puzzle. Like all the superpowers. Very good birds and levels.

No longer is the sky the limit! Welcome to Space, Angry Birds!

I just love it. It is my favorite angry birds game. That might change in the future though

This Angry Birds Game Was Better Than The Games at 1st and 2nd!

Nostalgia. I conquered it when I was 8 using Ayrton Senna. Bring it back

Angry birds go is the best game EVER!

This is the best angry bird game for me!

Well, everyone thought bad piggies is the opposite of angry birds where the pigs use a slingshot. But it is meant for those who have ideas for aiming targets and reach it by some contraption! I wanted to find this game in the top 5 of this list

It's a very fun game.
But it is not angry birds.
It is bad piggies.

Lots of people say that Star Wars II is better, and believe me, there are some parts that it does do better. But the original Angry Birds Star Wars managed to fit every major Original Trilogy scene in. Although there are less characters, none of them are clones of other characters. Plus, this game is great at combining the gameplay style of a classic Angry Birds game and Angry Birds Space's gravity system. Plus, it is a decent challenge, unlike Star Wars 2, which stays mostly easy.

By far the best

My 3rd favorite Angry Birds game.
The music themes are SO GOOD and the levels are amazing. I did first Hammier Things and Pig Days and now I follow the line of the different seasons as a journey through all of them. Currently at Summer Picnic while posting this comment. But the bad thing is that you have to pay for the older seasons until Ham Dunk you don't need to pay for anymore seasons the rest is free.

Come on, this is obviously the best of the Angry Birds. The best parts of the game are the variety of levels, and the fact that this game still uses the og angry birds designs that were remade in 2012, like Hal and the Pigs. Though the update with having to unlock levels through coins is just plain garbage, it's still the best angry birds game

Well, sort of obvious. The seasons have so many levels and stuff... Okay, it's the only one I really know about, other than the original and the Space.

This game is completely out of the chain!
A perfect sequel,with mind-blowing graphic designing, innovative spells,multi-stage levels and several boss battles!
But a major drawback of the game is its "lives" concept.
If you fail a level for 5 times,you lose all your 5 hearts and wait for a heart to refill after 30 mins.

Reckon Angry Birds1 Should be 1 and Angry Birds 2 be 2! The originals should be the best!
Because they were the ones who started all of this!

IS the! BEST! "Angry Birds" game! There's just wayy more 2 it than all the others combined! The ABSOLUTE "cream of the crop" of the series!

This game features Blu And Jewel from the movie.

Come on what about angry birds Star Wars 2?

I had a dream that this game got a sequel. Unfortunately it was a dream, and I was sad. Make it happen Rovio

I love this game!

I love this game.

Love It! After 8 years of Angry Birds, They made the best action. Angry Birds Evolution definitely deserves it! 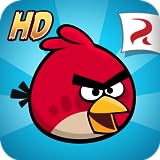 Why is this even on the list. This ain't Angry Birds, it's Happy Funtime Birds.

Ok, sorry to be that one guy, but Nibblers is a different, non-Angry Birds game. It's a pretty good one though.

A mix of the original games, and the 2 Angry Birds movies. Perfect chemistry.

AB Pop is the best game of the series.It is awesome and beyond of all marking or grading.