No other game should even be compared to this series, greatest video-game series in my opinion. Almost every game in the Grand Theft Auto series has been amazing.

It's the best when it comes to city open world games. Nothing can top it, in my opinion. (Tho Saints Row is a good competitor ngl).

A Revolutionary Gaming series. Love every one of then and hopefully Grand Theft Auto 5 will be groundbreaking

Grand Theft Auto 4 & 5 are boring in my opinion. But the other are fun especially san andreas

It's pretty easy to take the AC franchise for granted. There are things Rockstar, Bethesda, and Far Cry do better but at the end of the day nothing lives up to the amazing worlds Assassin's Creed puts out.

Not only do they look beautiful but they are painstakingly researched and recreated to the specifications of the historic time and location. You learn so much by reading the entries this game has for the various landmarks and buildings and they are really respectful to the cultures represented. Rockstar is a close second but I feel what is done here has just a hidden spark that can't be outdone by Rockstar's more satirical & fictional take on American cities/eras.

What makes the open world in the ac games better than in the other open world games is, that you are not restricted walking on roads or on the ground. Climb that tree if you want to. Climb that house and air assassinate that guard if you feel like it. DO WAHT YOU WANT!

I have played many games series but in my opinion Assassin's Creed series are best games.But grand theft series are also honourable mentions.

The entire Assassin's Creed franchise gives you an immersive atmosphere that you won't get in any other game because it has everything; a cool, extensive and interesting story; free running, stealth, a modern and brutal system of combat; suicidal and crazy dives, deep characters, outstanding weapons and outfits; freedom of going/doing everywhere/anything and much more, by far the best Ubisoft game ever created and one of the best open world games in history, I personally recommend AC2 mostly because of the story and the combat system but if you really want to kick some serious ass then get AC Revelations or AC4 Black Flag, a couple of masterpieces of course.

The Elder Scrolls is much more than just a game. It is a complete new world of adventure where anyone can be anyone and do anything. The lore is so rich and endless amounts of detail and story in every corner of Tamriel. YOU get to choose what you do, completely ignore the main storyline and become an assassin or a thief or a master wizard.

The world of Skyrim is so huge, epic, beautiful, majestic, immersive, vibrant, and lively it's beyond belief. You can go anywhere and do anything whenever you want. You're always discovering new places, new people, new secrets. Bethesda created several thousand years of lore for TES, unlike Grand Theft Auto where they just plonk you down in a city.

How does this not have 100% of the votes. The time and care that Bethesda puts into this game, it is outstanding. I used to think nothing was better than Halo until July 30, 2012. That's when I first played Skyrim. I've played all of the five main games now and I even buy books about it now, its amazing.

Played Morrowind, Oblivion and Skyrim and, while the games have got progressively worse, the continent of Tamriel offers complete freedom to explore a vast, beautiful world. Easily the best open world series by far. Anyone who has played the games before Skyrim will see this.

You like exploring nature? Far Cry is what you should be playing, then. Every game is a whole new environment and has tons of fun in its best games.

How is the greatest game series of all time not first?!
Far Cry 4 alone makes this series the best 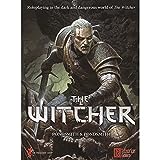 I love saints row. The third is my personal favorite in the series and my second favorite game in a series of all time. Batman Arkham series I love the most but 2 out of 100 ain't bad (saints row the third reference 2 outta four ain't bad).

Everybody knows that Grand Theft Auto franchise is 95% Famous with 15 Games and Saints Row is 80% Famous with only 5 Games.It means 2,3 more movies of Saints Row and It will become number 1 All time Open World Games Series.

I hope that this series will be continued soon!

MAFIA II Was such an amazing game, it had a great story, good graphics and lots of things to do in this open world set in Empire Bay (New York) in the 40s to 50s!

This is the best BATMAN game series ever. Arkham knight will be the best batman game ever!

Mafifa is great.2k should make mafifa 3. It is the one of a few gangster games that can compare with Grand Theft Auto.

With the release of RDR2 I don't think any game has ever matched the story or connection to the character. the growth of Arthur Morgan from start to finish is unmatched. I've never been so emotionally struck by a series other than this

Red Dead kept/is keeping me entertained for a long time. This game brought more out of me than any other game

16 The Legend of Zelda

Like the higher games on this list, but I expect that Breath of the Wild will be great.

The best ever franchise, this should be first without any doubt. Selling Nine million copies.
They are the best games evrr!

Unlike Grand Theft Auto or far cry where you use guns and other hand held weapons infamous allows the player to super powers and choose to be good or bad.

Hate to break it to you but need for speed is actually a free roam franchise it's so fun you can spend hours driving and exploring the city man.

Prototype is not the one of the best open world game series. Should not include even in the top 100.