One heck of a game. You can go on playing it for hours and hours yet, it never grows old. Has to be the best First Person Shooter Game ever created!

Best online shooter with a mature playerbase, skill is highly required, plus there are a lot of professional teams and events with money prize.

The best game without and with graphics

The best Call Of Duty ever I played it for that platform it was the best video game I played it on 2014 when I turned 14 very awesome about WWII better than Call Of Duty WWII of 2017 Has to be the best First Person Shooter Game ever created!

Known for its realistic WWII gameplay, Call of Duty 2 is still rated one of the best FPS games for the PC. Currently ranked #4 in the Xfire most played FPS games.

Best shooting game I had ever played.

Based on historical military campaigns of World War II. Released in 2002 and currently sits at rank #14.

Team Fortress 2 is the sequel to the game that put class-based, multiplayer team warfare on the map. With its amazing art style and graphics, this game is certainly one of a kind.

Started as an expansion to RTCW, was released as a stand alone version in 2003. One of the most played shooter games today.

Still one of the funnest 15 years later

Should be number 1! it's much better than Counter-Strike!

It's a legend...
Doesn't need words

You are the last of your kind. Bred for combat, built for war, you are the master of any weapon, pilot of any vehicle and fear no enemy.

Released in 1999. This was a first of its kind. Cutting edge graphics, intense and fast paced gameplay. You are inside an arena, where escape is not a possibility.

One of the most iconic FPS titles. This game revolutionized the FPS genre. Scary, exciting, fun, and sexy.

The best game just play It you all will know that What I said?

This is a great game. It should be in top 10

With its addictive action, frantic first-person shooter combat, massive arsenal of weaponry, RPG elements and four-player co-op, Borderlands is a breakthrough experience that challenges all the conventions of modern shooters. 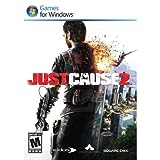 They should rename this to "Michael Bay Stimulator 2010".

This game has a lot of haters (People always think it's cool to hate on popular stuff). But the Engine, physics and mechanics of this game is unrivalled as a shooter.

This is a military simulator which makes it a unique game. It gives you real weapons, vehicles and locations that are huge. It is better than battlefield in terms of realism, map size and it makes you feel like an actual soldier.

One of the best graphics in a PC game yet. The weapons are just amazing tons of them for each class. The Co-oP Missions are switched a lot of times so you'll never have enough fun with Friends. In PvP there are a couple of good gamemode like Team Deathmatch And Free For All. On PC This Crytech game is beautiful

It's an very good game with a 0 dollar budget

Super game! Graet graphics no hackers and its free to play! 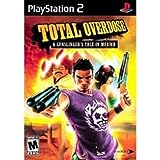 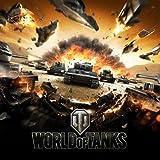 This is a great tank shooting MMO game. Its very addicting and fun to play.