The Top Ten
1 Castlevania: Symphony of the Night 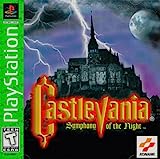 Hard choice between this one and order of ecclesia, I might change my vote later haha, but seriously, this game is awesome.

This game aged amazingly for a PS1 game and has a great soundtrack and artstyle. Heck, it even created a genre! And most important of all, it's incredibly fun...

This game changed the franchise. It was IGA, Michiru and Ayami first work together. Definitely one of the best games of all time.

This is Castlevania at its best!
Konami could never top this!

It's pure classic Castlevania, only perfected. Clunky controls are gone, and in their place we get to control the mid air jumps, as well as being able to whip in all 8 directions. There aren't any RPG elements, just simple classic Castlevania. And the music, is without a doubt, is the best in the series.

One of the greatest soundtracks in video game history.

I love the dark and mysterious atmosphere of this game.

Although extremely frustrating at times, it's still the best of the classic Castlevania games!

This one deserves to be in the top 10.

The best one by far 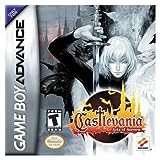 Great game! Love the variety of weapons and enemies. I love the original Castlevania feel with the new story plot and alternative music. Although I wish it had the vampire theme music in it.

Better than Dawn of Sorrow in my opinion. Despite not being my favorite, this game was the one who got me into Castlevania.

I liked it better than the sequel.

Better than Symphony of the Night.

This game is perfect!

I know aria of sorrow came out first and started the whole souls thing ( WHICH IS AMAZING! )

But dawn of sorrow perfected everything aria had done

The soundtrack is the best in the series.

The graphics are simply amazing and better than aria's

And the way it feels every time a soul appears is better than aria's.

This one and Symphony of the night are the best but I think I like this one a bit more.

Those seals were annoying!

I'm glad I'm not the only one who loves this one the best! Symphony of the Night is great but I think Order of Ecclesia is so much better! This is easily my favorite in the series! Anyone who thinks otherwise probably hasn't played it. Give it a shot, you may be surprised how amazing it is! Oh not to mention this it the first female lead in a Castlevania game and she is AWESOME! 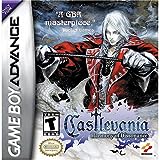 Tough to top the original. I grew up with this game, began playing at age 6 when it came out. I was obsessed and picked a different boss each year for my Halloween costume.

This should really be higher on this list along with Dracula X.

Much better than 4, which was ruined by the overpowered whip.

The Contenders
11 Castlevania: Curse of Darkness

Despite other's reviews, I really liked Castlevania: Curse of Darkness. I like collecting materials and combining them to make weapons and armors. I like the game mechanics where you summon innocent devils to aid your journey. I liked levelling them and see them grow and evolve into stronger ids. I love, I love this game so much.

12 Castlevania: Circle of the Moon 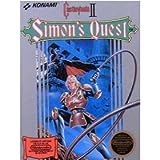 This game is awesome but it's so underrated. For me it's one of the best games of the franchise and I've played almost every castlevania. I know it's not like the other ones, but even if it's Castlevania or not this game is amazing. One of the few games that really touches my heart.

An amazing compilation of my 3 favorite Castlevania games: Sympony of the Night, Rondo of Blood, and Dracula X.