There are some things that the developers missed while making these games, and we want answers.
The Top Ten
1 Shenmue

WE HAVE THE PHEONIX, now what? It is supposed to be an epic saga that would have 16 chapters and they have only finished 5. But SEGA lost the trademark to the game and it has a very low budget to produce, so it seems very unlikely that we will see the end of the game.

Whoever owns the game, I demand that they finish it. I want to see the end and find the proof.

Who will win the war? The humans have struck back. They sent a missle into the combine planet, and found their ship? Valve could easily make a new Half Life, but why aren't they making a new one? 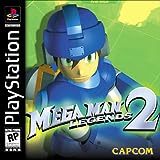 Mega man is stuck in space with no way of getting back. There was another game in development, but it was scrapped, so we will never know how Mega Man gets back home.

4 Star Wars, Knights of the Old Republic 2: The Sith Lords

She tells you the fate of your home, friends and family and that's it. Some of the content was scrapped because it was rushed to release before Christmas. It was a very abrupt ending. Will something happen?

5 Beyond Good and Evil

The alien spore on Paige's hand. What is it and what will it do? There was also a teaser trailer where Paige had a bandage on his arm. Will it have any significance in the second game?

Why is the sun of Haestrom Destabilising? It was originally supposed to be part of the ending for number 3. But they never explained what was causing it to destabilize so quickly. Darm Matter? Who knows.

An elite fighting group lead by Abraham Lincoln and George Washington? WHY?

Is Rebecca Chambers dead? Or is she just missing in action? She was one of the four survivors. Did Rebecca and Billy Coleman get out of Raccoon city before the infection or the destruction of the city?

Just when you are about to find out who the conspirator is, Walter (the assassinated presidents brother) orders his guards to take you away. Is he Number 1? If not, who is?

Isn't Walter the guy that told you to find Number 1? So why would he take you away when you were about to find him?

All you need is hope? Why is the temple still in ruins? Even the last line in the game is confusing and makes you wonder what he is talking about.

12 Tales From The Borderlands 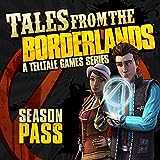