Live rock albums that capture the essence of the original studio recordings with the added power of a live show, and which has stood the test of time.
The Top Ten
1 Absolutely Live - Rod Stewart 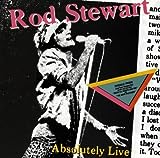 At this concert Rod brought Tina Turner back in to the limelights.

2 Made In Japan - Deep Purple

The best live album of the 70s from the best band live of the 70s.

As a live album, this one's in a class by itself.

If you want the full experience, you should listen to the Super Deluxe edition! It's a must-listen, regardless if you're a fan of classic rock or not!

No contest, one of the best live albums ever recorded, never mind rock albums.

Only 22? This is by far the best live rock album ever made!

Only No. 3? How can anything be better than this?

Actually offers the definitive versions of the best of KISS' first three studio albums, including Rock and Roll All Night. Many of today's rock guitar gods cut their teeth on this album trying to copy every lick; every Ace Frehley lead. You could hand this album to Martians and explain that "this IS rock and roll."

This is the album that saved kiss when they were broke and ready to call it quits, should be number one

Captures the Motor City Madman at his finest. His guitar playing is amazing! He can go from loud and fast, to bluesy, to very melodic. I have never heard sounds come from a guitar like those on Hibernation. Great White Buffalo will give you goose bumps. Classics like Motor City Madhouse, Stranglehold, Cat Scratch Fever, etc.

The most fun you'll have without actually going to a rock concert. If this album doesn't get your blood boiling, you're probably dead.

7 Unleashed In the East - Judas Priest

Back when Aerosmith could plug in, turn it up to 11, and rock out. Hits like Dream On, Sweet Emotion, Walk This Way, Back in the Saddle, etc.

This album captures the sounds of an actual live concert, mistakes and all and every song kicks ass!

A 2007 reunion concert that shows three of the four original members (Jason Bonham taking the place of his late father) in tighter form than on their 70's heyday live recordings.

All living members of Led Zeppelin unite for one epic show with Jason Bonham (John Bonham's son.) on drums. It really was a celebration day.

WHY IN THE HECK IS THIS SO LOW ON THE LIST! This has got to be one of the best live albums ever. Not just rock but period! The way the sound just fills the stadium is awesome. This is such a great way that metallica changed up their sound and gave us something unique is in my mind unparalleled.

The Contenders
11 One More From the Road - Lynyrd Skynyrd

Try to listen to Freebird on this album without playing air guitar. It can't be done.

Yes, Journey. They were an amazing live band. Awesome musicians playing the hits like Lovin' Touching' Squeezin' and Anyway You Want It and allowed a little more freedom here to jam like on songs like Walks Like a Lady and Dixie Highway. Steve Perry's voice is just as amazing here as on the studio albums too. Listen to his voice leading up to the Do You Recall guitar solo, and in the background of the Wheel in the Sky guitar solo. Otherworldly!

Oh yes, Steve Perry is one of the several singers who often sounded even better live.

My goodness! This is too horribly low! This has to be higher! It's maybe the embodiment of all Pink Floyd! From Piper all the way to Division Bell!

Summer Soldier/Medicine Man is my favourite "side" of Vinyl!

One of the best live rock albums ever. The version of Big City Nights on this album is BETTER than the recorded version. The rest of the double vinyl album is just as incredible.

18 How the West Was Won - Led Zeppelin

An incredible live album that shows the greatest rock band ever at the height of their live powers. All four members were at the top of their game and in perfect sync. Should be much higher.

This album is one of the main reasons I believe he's the one of the greatest guitarists to ever live so I'll say what I said there - I honestly can't believe this isn't number one on the list. This album and really all of Clapton's music is so personal to me and so many millions of people in this world who've been inspired to pick up a guitar because of him. I remember never particularly liking the guitar as an instrument, whether it was to play with or to listen to, but this album and his "A Benefit For The Crossroads Centre In Antigua 1999 Live At Madison Square Garden Concert" changed everything for me. From Layla to Old Love, Tears In Heaven to Before You Accuse Me, even though he wrote them such a long time ago, you can hear the emotion and sadness going through every word and every note he plays on his guitar. Although he did sing Tears In Heaven for the album just a year after son passed, it was the most raw and emotional song you'll ever here. Honestly that's the ...more

Definitive versions of many of his earlier songs, many which became massive hits like Show Me the Way, Baby I Love Your Way, and Do You Feel Like We Do (stoke up those Zippos! ). Great guitar too.

If this is not in your top three you don't know music.

Captures their then lead guitarist Mick Taylor in all his melodic, six string glory. Let's be honest, most consider the Mick Taylor period to be the Stones' best.

This album is amazing, every song is outstanding capturing two of the greatest musicians ever at their finest. The songs absolutely come to life and top the studio recordings