The Top Ten
1 None So Vile - Cryptopsy 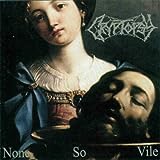 This is like the reign in blood of death metal, every track is insane and full of energy. The growls are also very unique and sound extremely different compared to other old school death metal bands. This is an amazing masterpiece of an album

I'm really not sure why I should choose any album other than this. It's CRYPTOPSY. Come ON. Listen to these songs! Each track, from Crown Of Horns to Orgiastic Disembowelment goes so hard. Talk about a mosh inducing fleshfest. And they aren't just fast, they're all really heavy and groovy. Top notch album, probably the heaviest I've ever heard.

Are you kidding me? Slipknot and Metallica heavier than this? Obviously voters never heard of some really heavy stuff. What's next? Nirvana #1?

How are so many of these choices so bad? Glad to see the top sport is None So VILE! Definitely the heaviest album I've ever heard 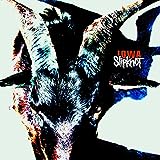 Many people are like "What? How is Slipknot over Metallica?! " Well this album is why. This album is very brutal but not as brutal as Slayer's Reign in Blood. I love all songs on this album. It straight up attacks you with brutal songs such as Disasterpiece and People = S***. But this song also attacks your nerves and calmness. With songs like (515) and Iowa, you will get so creeped out and scared. Also here's some advice, don't listen to Iowa and (515) backwards, if you do, then you have found the sound of Hell

This is for sure the heaviest metal album if your talking actual heaviness, Corey insane and crazy angry screams, the lyrics the sounds. True heavy

I don't know why Metallica and Slayer are ahead on this list. This is the Heaviest metal album, not favorite metal album. I've been listening to Metal my whole life, and this album stands out as the heaviest! No contest! 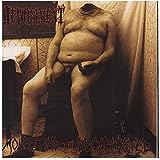 4 Annihilation of the Wicked - Nile 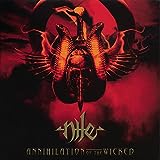 If you listen to this album and then immediately listen to nearly any other album that you thought was heavy, this album will reveal that the latter was not nearly as heavy as you had thought...a true death metal masterpiece from start to finish. One of the best extreme metal albums period!

Definitely one of the most extreme albums of all time! it was even voted heaviest album of the year. That's how awesome it is. 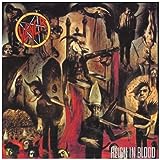 This came out in 1986, and was faster, heavier, and more brutal than anything else ever recorded. Nothing could match it. And people still struggle to beat it out. Sure, there's songs that are heavier than all of these songs, but a full album? Nope.

I also personally find the Slayer vocal style to be heavier than Canibal Corpse's style. Maybe it's just my high voice (yes, your vocal pitch actually scientifically can affect your music tastes), but I find the higher pitched vocals to have more of a dominating power to it. I think Slayer and Ozzy/Black Sabbath have the heaviest vocals out there. It also makes it easier to hear the words that add to the heaviness.

Maybe I'm biased because of my love of thrash metal, but I personally find the standard tuning to D standard range to be the perfect heaviness factor, and the vocals are great. Growls aren't that heavy, in my opinion.

All of these things together make this the heaviest album in my book.

This, is probably one of the heaviest albums I ever heard. When I first heard the songs, my mind was blown away. This album is pretty heavy. But I would also recommend Slayer's Hell Awaits album. That was pretty heavy especially with gems like At Dawn They Sleep and Kill Again.

Reign in Blood and Pleasure To Kill are among the heaviest thrash albums. But they are not the heaviest metal albums. Significantly heavier than thrash are brutal technical death metal and brutal black metal (Infernal War).

6 Tomb of the Mutilated - Cannibal Corpse 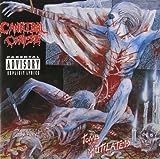 Not really the heaviest, it's just as overrated as Reign in Blood is.

Heavy but later albums of this band are heavier.

Sure Reign in Blood is a landmark album (and it's amazing), and Master of Puppets is a masterpiece (lol), you really can't get much heavier than Corpse. 'enough said.

7 Redesekration: The Gospel of Hatred and Apotheosis of Genocide - Infernal War

THIS is heavy - brutal black metal from Poland (try the song "Spill the Dirty Blood of Jesus"). 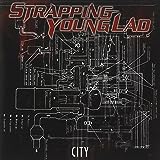 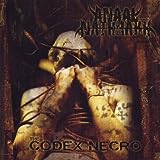 How was this not on the list? It should be number 1 because it has the heaviest metal song on it (Pandemonic Hyperblast) 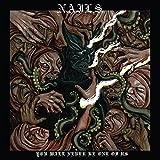 Cryptopsy is baby work compared to this, listen to The kingdom of the wretched undying. This is the heaviest and none is heavier. 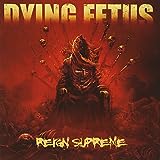 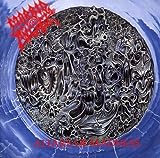 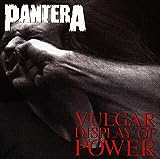 First album I ever bought when I was 12. My parents loved it.. Just kidding my mum almost threw it out.

Breakdown at the end of Domination. 'enough said 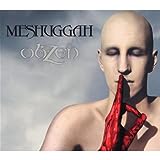 This album is so heavy just listen to Bleed, Obzen, Lethargica, Combustion, and Dancers To A Discordant System. This album's complicated instrumentation is why this should be top 2. It's between this and From Mars to Sirius

Just because reign in blood is the most liked thrash album it doesn't mean it's the heaviest album ever even though its heavier but this should be 1 not because the kickass guitars but because its heavy, reign in blood should be like 5 or 6. this may be my least favorite death album but I still love it.
R.I.P CHUCK SCHULDINER

I can underestand Reign in blood,but there's no way that Master of puppets could be heavier than this. 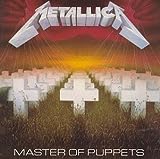 "Why is Metallica on this list"
"Only slam should be at the top NOT Metallica"
"It's Metallica, they're not heavy"

Like, really? Come on! This band mixes fast and slow together, Reign In Blood is predominantly fast, making it less heavy.

The Thing That Should Not Be and Leper Messiah has riffs that nearly only the HEAVIEST slam bands would use if they were detuned.

In fact, Molesting The Decapitated is the only slam album heavier than this.

Heaviness has nothing to do with sound.

Come on, get this up and stop saying Metallica is not heavy. The Thing That Should Not Be is one of the heaviest songs ever. And Master Of Puppets, Battery, and Leper Messiah are SUPER HEAVY! Pretty much the whole album, even 1 riff from Orion and the outro in Sanitarium! Disposable Heroes and Damage Inc also cannot be underestimated! It's just as heavy as Iowa and Reign in Blood!

This album is not heavy? Maybe not as heavy as some death metal albums, but still very heavy. Listen to The Thing That Should Not Be and tell me it is not heavy.

When you've got songs like Battery, The Thing That Should Not Be, Disposable Heroes, Leper Messiah, and Damage Inc all on the same album, that'll explain that it's the heaviest album of all time. Those 5 songs are what more than truly define heavy. 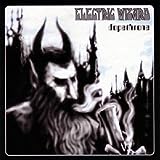 Anyone not voting for this hasn't heard it.

A seed of hate from the day I was born... 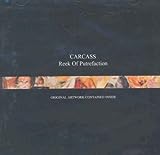 Listen to babykiller, legit this band is the most brutal, disgusting and just flat out heaviest album EVER. 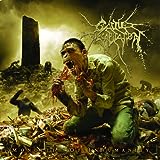 I want to state something:the heaviness of a metal album should be estimated by the time of it's release.Not two decades later(for example).Reign in blood and Tomb of the Mutilated were very heavy at the time of their release.If someone listens them now and compare with other extreme albums,they shouldn't deserve to be not even in the top 50.I can name a lot of albums (how many have listened any of the two albums of Hellfire Deathcult? ).That's why the debut album of Black Sabbath is high and Altar of Madness is underrated (see comment).
Finally, this album is very heavy.

22 Effigy of the Forgotten - Suffocation 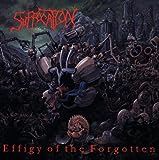 Ok this one should be at least top 5. Ground zero for brutal death metal right here and it's still one of the heaviest. Yeah, even over Slayer and Cannibal Corpse. 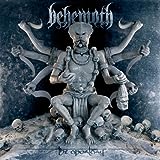 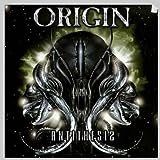 The original pretty much