Animation combined fluently with of music. These are some of the most famous animated movies, heck, most famous movies EVER, and their success can largely be attributed to the recognition of their songs. Just to be clear: I classify a musical as a story that contains numerous songs sung by the characters throughout the runtime. So, movies like Tarzan don't count because of a singer singing in the background, and movies with spontaneous single-song sequences like in Shrek. So, without further ado, here's my list of the greatest animated musical films of all time.
The Top Ten
1 South Park: Bigger, Longer & Uncut

Funny thing is this; for something that was intended is a Disney pisstake, it's story is actually quite timeless, how parents bash the media for influencing kids that should't really be watching them in the first place. And in an age of trashy reality shows like The Only Way is Essex, this movie's themes are even more relevant now than it was in 1999!

Thanks to lazier and lazier parents this movie's plot is extremely potent now. Parents bashing the media for feeding kids shocking features that the parents shouldn't be letting them watch in the first place.

2 The Nightmare Before Christmas

Tim Burton's Nightmare Before Christmas came out of nowhere in the 90s and showed that someone other than Disney can make a high quality musical. With Danny Elfman's music and the beautiful visuals, this Halloween/Christmas movie hybrid achieved major popularity and an avid fanbase to this day. The best stop motion animated movie ever in my opinion.

I'm just gonna say it. I LOVE this movie. As a seventeen year old guy, I thought I was way too old to still be into animated musicals, but Frozen really helped me to love Walt Disney Animation Studios again. And yeah, this movie's popularity is massive. It's still everywhere three years after the film first came out. While that can be distracting and many people have gotten simply fed up with Frozen and the film's music, this movie will always hold a special place in my heart.

6 James and the Giant Peach

Wow. I didn't know that this movie has a group of haters almost as large as Frozen's. Well, as good and popular as a movie is, the more people will turn against it. I get that. However, The Lion King is still a pretty darn great movie in my opinion, and Sir Elton John's music is one of the primary reasons.

Best songs in order:
1. Be Prepared
2. Circle of Life
3. I Just Can't Wait to Be King
4. Hakuna Matata
5. Can You Feel the Love Tonight

8 Beauty and the Beast

To this day, Beauty and the Beast stands as Disney's finest adaptation of a fairy tale. The movie was just a masterpiece that helped in bringing Disney back to the spotlight. The songs in the movie are one of the biggest reason why this movie was so popular. This film also has the distinction of being the first animated movie to be nominated for Best Picture in 1991. I think it's fair to say that this is an absolute "beast' of a movie.
...Wow that was awful. Sorry about that.

Ah, Aladdin. So many nostalgic memories with this one. I remember watching this movie when I was younger and just being completely sucked into its story, characters (especially the Genie), and especially its music. Seriously, this movie's songs are just so catchy and memorable, and it really helped Aladdin Disney reclaim its spot as the kings of animation during the studio's Renaissance era.

No one denies The Little Mermaid as one of the most important animated movies ever. It sprang Disney into its Renaissance period of the 90s. It also showed that by going back to its roots was the best idea for the company, and the public's interest in animation sprung back as a result. The musical has had an impact on so many for so long, and its music still kicks butt to this day.

Best songs in order:
1. Under the Sea
2. Part of Your World
3. Kiss the Girl
4. Poor Unfortunate Souls
5. Fathoms Below
6. Les Poisons
7. Daughters of Triton

You cannot undervalue Tangled's importance to Disney nowadays. The company was yearning for a musical feature for years, and this movie delivered it to them. With fantastic songs, characters, and an overall incredible story, Tangled was a movie that ushered the company into its Revival era that is still lasting until this day.

I see the light is the best.

12 Snow White and the Seven Dwarfs

For the first Disney Animated Classic ever, Snow White is still impressive to this day. The animation is awfully impressive for 1937, the story is still pretty good, and the songs are still as good as they have ever been. Without Snow White, we never would have gotten any of the masterpieces that followed it, so its impact still lasts to this day.

With the success of Snow White, Disney saw it as a good idea to keep the trend of musicals. As a result, they made Pinocchio three years later to even more critical acclaim. The heartwarming story won over audiences and critics and the music, as a result, became legendary.

Best songs in order:
1. When You Wish Upon a Star
2. Little Wooden Head
3. Give a Little Whistle
4. I've Got No Strings
5. Hi-Diddly Hee

15 The Prince of Egypt

It is the most underrated Film of not just Dreamworks, but in all of Animation (or the 90s and onward). The film doesn't tell you to worship and believe in God (because the Hebrews had no problems in believing), but it is telling the story between bothers.

The animation is AMAZING for a 2D (though some in CGI), the music is mesmerizing, and the acting superb. Sure there are low part like Hotep and Hoy, they could've made them either more malicious or remove them completely.

This is my most favorite animated musical of all time, though I sometime cried from either terror or sadness.

I have to agree this is so underrated.. I came here because of it. I love the music.

So underrated. This is so good, and so is the music.

Cinderella quickly caught on after Disney's package film era of the 40s. People were ecstatic to finally get a new musical from Disney. This one didn't disappoint. As one of the most famous animated films ever, Cinderella won over the hearts of young and old and continued the company's already prestigious legacy into the decades of the future.

Best songs in order:
1. Bibbidi Bobbidi Boo
2. The Work Song
3. A Dream is a Wish Your Heart Makes
4. Cinderella
5. So This is Love
6. Oh, Sing Sweet Nightingale 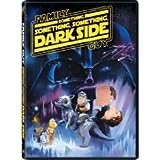 Are you wearing a speedo eddie?

Why do I love this film so much!