Easily my favorite. I watch this movie every October and draw lots of Coraline characters. The first time I watched it, I focused more on the plot then everything else, but rewatching it, there's so many hidden Easter eggs and things that make the movie so much creepier. Love this movie so much

First watched this at the age of 8 in 2009, immediately became my favourite movie, and has continued to be my favourite movie for almost 10 years. And I think it will be forever. It's absolutely mesmerising. I've surely seen it at least 20 times and still notice some hidden detail I hadn't seen before every time. And that soundtrack! wow. Watching Coraline makes me want to work as an animator. So glad this is at #1 :))

Simply a horrific masterpiece. Powerful story telling mixed with strangely captivating animation is a great horror and animated movie, without cgi or blood.

This is easily my favorite. The story is well driven, the characters are well acted out, and not too scary, but scary enough for such a story.

2 The Nightmare Before Christmas

It's not the best stop motion movie, (Wallace and Gromit, cough cough) but it still is pretty great! This is definitely one of the most creative movies I have ever seen with one of the strangest and confusing plots, and yet it's genius! It's very good, but it's definitely not number one.

From the mind of Tim Burton, this is clearly the best. With bueatiful animation, catchy musical numbers, and good voice acting.

I'll over this so much. But where is Isle Of Dogs!

Great movie, great cast, and an amazing director this movie is my favorite movie ever

5 Wallace & Gromit: The Curse of the Were-Rabbit

This is a very enjoyable and cute stop-motion film. Wallace and Gromit are a delightful dynamic duo, and it is very wholesome to see their care for each other throughout the movie. As far as the animation, it is beautifully appealing and very impressive considering how early this was for Aardman. Altogether, it is an excellent, quirky, family-friendly story brought to life with magnificent claymation.

Paranorman made me cry

8 Kubo and the Two Strings

Well, I love this one just as much as Coraline. The story, characters and stop motion are INCREDIBLE. The stop motion looks so much like animation, I thought it was until a few more watches.

SO GOOD! that's all I can say this mvie was beautiful and moving. the animeation is absolutely stunning with vibrant visuals and a heart warming story (plot holes aside).

9 The Pirates! Band of Misfits

My favorite movie on this list is ParaNorman, but Mary and Max is a close second. The reason that I voted for this instead of ParaNorman is because I think it deserves some love. Let's get Mary and Max to the top five. 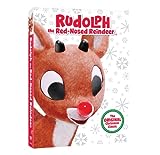 I thought this was stop motion at first until I realized that it is just phenomenal animation! This movie put effort into an exciting story and plot. But I'm not going to talk about this movie because it is not meant to be on this list.

Ok, 1. This wasnt even stopmotion. They animated it so it would LOOK like stopmotion. 2. This movie is awesome.

16 James and the Giant Peach

This film traumatized me as a kid.

Some people didn't like this movie that much, but I really enjoyed it. While the story is a little lacking, it's characters, humor, animation and score are all incredible and it makes for a great film. I don't think it's the best, but it should definitely be higher.

Eh... it was alright

It reminded me of Around the World in 80 Days. Overall, it was a pretty good movie. It's worth watching.

Well, this movie was made in Belgium and I think this is very underrated. Well, it's kinda hard to see one character with numbers of movements/poses in one frame.

22 The Adventures of Mark Twain

If you can get past the mysterious stranger part, then this is a pretty good movie.

23 The House
24 The Pinchcliffe Grand Prix 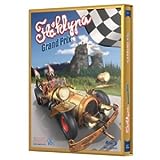 25 Dougal and the Blue Cat