The Top Ten
1 An American Werewolf in London

Why in gods name is twilight above this! David could rip jacob to shreads!

This is the best werewolf movie of all time!

Best werewolf movie ever made!

This movie sounds basic, but there is suspense, action, horror and I love it. Very underrated

Is this as crappy as it sounds?

Nice concept. Escape a wolf like killer in the city, go to a peaceful psychiatric camp in the country to get over it, find out that everyone there is a werewolf and try to escape again. It has always been overshadowed by American Werewolf in London. I actually think they are even with each other.

Best werewolf movie! This werewolf is better and realistic (50% beast and 50% man). The other (overrated by ignorant people )werewolves of modern movies are basically giant wolves with human hands! The 2nd best werewolf is the Benicio Del Toro's Wolfman of the 2010 Universal remake, and the 3rd best werewolf is Oliver Reed's werewolf of the Hammer film "Curse of the Werewolf".

Larry Talbot is my #1 favourite character ever! The others best are Frankenstein's monster, Dracula, Imhotep, Bride of the Monster, Gill-man, Jack Griffin, Erik the Phantom, Kharis, Van Helsing, Dr Wilfred Glendon, Mr Hyde and all the Universal Horror characters.
I'm a great fan of the Universal Monsters!

Larry Talbot is the best werewolf!
Lon Chaney Jr is the best werewolf actor!
Those stupid cryptids 95%wolf and 5% men of the fallen Universal Monsters homeage of Van Helsing are the worst werewolves. Also those rabid bald chupacabras of Underworldand those prehistoric wolves of Twilight.
Lawrence Talbot can beat those stupid giant wolves with human hands!
#TheWolfManLivesForever
#LarryTalbotIsTheNumberOne

I love this movie. It is another one that is just as good today as it was in the 80s. The special effects were top notch, no CGI, and I love it that way. Corey Haim and Gary Bussy were stellar!

This movie has several high tension moments, should be top 10.

My favorite, number one in my book!

The fact that this is below Cursed of all movies breaks my heart. Ginger Snaps is the greatest.

WHAT? This movie is way better than dog soldiers I don't know why people love dog soldiers

God this movie is great and so is the sequel.

In a just world this would be number one.

First, this is a list of WEREWOLF movies, not vampires movies with werewolves as deuteragonists!
I'm not a huge fan of Van Helsing werewolves, but these werewolves can beat that ice age german shepherd. The Wolfman 2010 in his novelization is described as a massive muscled 8 ft tall and powerful beast. In the movie in the extended scene of a party, the wolfman is the same height of Van Helsing. I'm pretty sure that werewolves are superior than those giant wolves whose needs a pack to chase a pathetic diamond fairy-like vampire. Twilight shapeshifers wolves are horse size. And Van Helsing werewolf and Wolfman Talbot are 8 ft height and they can use hands with claws, and more agility and healing factor.
Van Helsing wins 6/5
Talbot Wolfman wins 7/10

The jacob is the most powerful werewolf than any other werewolf in any movie. Though many try to argue on this, this is the truth and the FACT

What What WHAT! A twilight movie is No. 7 What sick Twilight fan added this abomination of Werewolf movies on here?

My favourite movie of all time! It's the only movie I've ever seen with realistic werewolves and equally realistic werewolf transformations. There's also a lot more talk about the lycanthrope legend then there is in movies like Dog Soldiers.
Add in the awesome storyline, incredible acting and action packed fight scenes and you've got yourself not only the best werewolf movie, but the best movie of all time ever! Full stop! Plus, Hugh Jackman does make a pretty hot werewolf.

This movie is just sick.

P.S. man keep that twilight crap out of things like this, There are no werewolves in twilight. There obviously shape-shifters, turning completely into wolf form not, lycanthrapy at all. 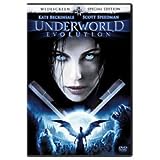 14 The Company of Wolves

15 An American Werewolf in Paris

18 Underworld: Rise of the Lycans

Michael Sheen as "Lucian" is a raw and powerful performance. A rebel, a hero, a leader of man and Lycan alike. Awesome.

19 Harry Potter and the Prisoner of Azkaban

This film should be higher on this list. For an entire generation it is their first werewolf film.

21 What We Do in the Shadows