Anastacia is an American singer-songwriter that started her career in 2000. While being mostly classified as pop, she also interpolates rock, soul and funk elements into her music.

While she never had big commercial success in her home country, she made a big career abroad in several countries where she had chart topping albums and singles from the start of her career to her more recent efforts. She's very popular over here and her songs get a lot of airplay, especially the ones from the early 2000s, like "Left Outside Alone", "One Day in Your Life" and "I'm Outta Love".
The Top Ten
1 Anastacia 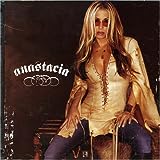 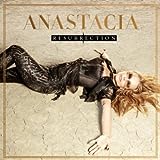 2014's "Resurrection" doesn't have this title without a reason. Most obviously, it was her first studio album with original material since 2008 (2012's "It's a Man's World" was a cover album, though widely released), it was also crafted during her second battle with breast cancer, therefore it being her personal resurrection. It's also a resurrection in another way: it's almost as hard hitting and powerfully rock-ish as "Anastacia", released ten years before. This side of melodious, emotive rock suits her best, with a voice this strong and characteristic, she delivers it grippingly and has the poetry to back it up. It is her least poppy album, and by far her heaviest, emotionally.
Thankfully, it was also a resurrection in yet another way: it was a big hit in Germany again, peaking at number 5, while her two previously released studio albums didn't enter the top ten.

PS: the 4 bonus tracks of the deluxe edition are worth it. 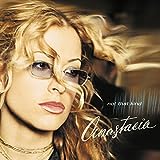 Anastacia obviously soon realized that she has a typically black voice - that's not being racist, she initially was known as "the white lady with the black voice" over here when she first got big - and that's probably why she chose such a funky sound for her debut album, with wah-wah guitars and a disco-ish vibe to it. It is one of her poppiest album, but that doesn't mean it is in any way one of her weakest. It was already filled with personality and had enough immediately recognizable melodies, outstanding production and lyrics that in more echoed 70s soul than 2000s pop. "I'm Outta Love" remains her one of her signature songs. 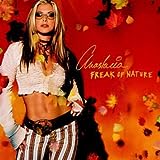 On her sophomore record "Freak of Nature", Anastacia expands on the funky music of her debut album, and managed to create a CD where all of the songs could be potential hits. Again, the music recalled that 70s groove, whether the sassy uptembo numbers or her cinematic ballads. Even though it had already hinted at a tad bit of rock influence, nothing could prepare the world for the heavy outfit she would put on later - with this, she strengthened her image as a modern soul pop singer. 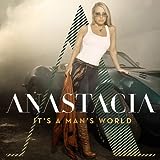 This is Anastacia's most polarizing album, and also her only one that was almost completely unnoticed by the mainstream masses. Even her fans don't know what to make of it and I can see why: it's a cover album. And unlike you would expect from a singer known for a soulful voice, she doesn't stick to the soul, jazz and blues soulbook (like Sarah Connor successfully did on "Soulicious"). In fact, she covers U2's "One" and Guns N Roses' "Sweet Child O'Mine".
I think ultimately this is up to your personal preference if she succeeded in covering those holy classics no one is allowed to touch or if she butchered them - I liked the outcome. 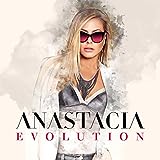 Okay, I still need to give her newest album a few more listens to get a final thought on it, but what I can say is that it's a very fine album, and Anastacia stayed true to herself. What I also can say is that it's none of her best works, as it lacks the impact she already delivered. I think this is because she went back to her initial groovy music, and abandoned the musical and lyrical heaviness of "Resurrection", in favor of a more soulful sound. "Stamina" is one outstanding ballad and one of the best songs of 2017, and "Boomerang" has that oldschool flavor to it. And while it may not be the most outstanding record of her career, it's one of the most outstanding records of the year - because she is still doing her thing. 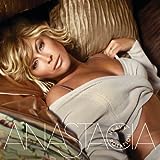 This is probably her only album I don't like. I get that after the heavy rock of "Anastacia" she wanted to continue her initial style, but it was executed horribly. Not necessarily because of her, but because of the production. All too often it starts adding cheap sounding drum kits or cyber-ish beeps and swooshes, the songs are clearly meant to be danced to. It sounds too modern for her type of music. The melodies try hard to be catchy, but that's not what makes Anastacia exciting and it also doesn't really work out because only "I Can Feel You" sticks in your head, the other songs are forgettable. Her voice, lyrics and attitude don't at all fit onto the beats that seem more suited for the newest Britney Spears album, for whom this would have been a good album. I solely blame the producers for the lack of quality on this record. 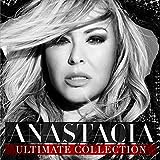 9 Pieces of a Dream: Her Greatest Hits 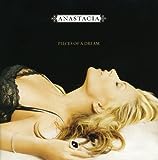 As for her three greatest hits compilations:
even though you should own all her albums, if you feel like a Greatest Hits CD is everything you need by her, this one sounds like a good deal being the only double disc compilation, but as a perfectionist I can't get over the fact there are only 38 songs on the album despite its title. The album has songs from all her studio albums from "Not That Kind" to "Resurrection", and also includes non-album songs from the other 2 compilations. There are also several non-singles from the albums on this record that show not only her hit singles are great.
Unfortunately, it omits "Everything Burns" by her and Evanescence's Ben Moody, which was used to promote the 2005 "Fantastic Four" movie in several countries, is a million times better than the flick and is one of my, if not my favorite song by her (Moody wrote it though). This non-album song was included on the other two compilations.