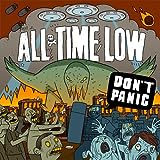 Best All Time Low record, possibly my favorite record of all time. From the album cover to the songwriting, the vibes this album gives off are second to none.

This is their newest album (as of December 2012) and it is definitely one of their best! Each song is different and there is a perfect ratio between fun, rocking songs that you can get up and dance to and emotional songs whose lyrics touch you forever. Don't Panic is not their best, but it definitely deserves to be up there in the top 3 :) Come on Hustlers! ATL forever

This and "Don't Panic: It's Longer Now" are probably All Time Low's best work. To Live and Let Go, Backseat Serenade, and If These Sheets Were States are three of my most favorite songs by the band. I think these albums truly reflect All Time Low's pop-punk style.

This album has a great mix of the all time low from swir and dirty work ATL and it just makes for a great album. Also I really didn't even like dirty work. 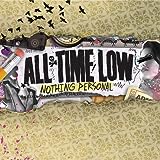 My two favorite songs of theirs are on this album. Weightless is super relatable and Therapy makes me cry when ever I hear it. That song has saved lives. Just simply an amazing album. Also Damned If I Do Ya and Lost in Stereo are on this and they are some of my favorite songs too so just awesome album

This is the ATL I fell in love with. 17 Amazing classic All Time Low songs - including 8 Of the top 12 songs they have played live the most.
It's the album with Therapy, Weightless, Dear Maria, Coffeeshop soundtrack,Stella and the only song of theirs to be on Billboards top 100 charts, hitting #67, Damned If I Do Ya. There is no bad ATL album. There is no better or best ATL album; they all speak to you differently is all. Since all their albums are "the best"... the best I could figure is that I needed to choose the album that best represents All Time Low. That stated - I admit... I think it's my favorite album 😜

Nothing personal is overrated. It's a good record and all, but I find the lyrics far more immature than so wrong, it's right. other than therapy, the record falls flat and lacks an emotional connection. alex is known for writing insightful and meaningful lyrics but this is really more of a party album... I don't know why everyone loves it so much to be brutally honest.

One of my favorite albums of all time. There's no words to describe it, just listen to it, you won't regret it. Pop punk perfection and ATL's best by far. 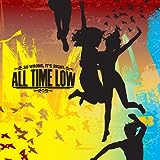 WHY is this not ranked higher? Dear Maria is a classic. Vegas is AMAZING. Holly, Six feet Under the Stars, and Stay Awake are good. And who could forget the flawless, sentimental Remembering Sunday? Very good album.

I can never decide whether this or nothing personal are my favourite but I want to vote for this because it at least deserves second. Dear Maria, Shameless and Poppin' are all just such good songs.

Honestly this album is so under appreciated. poppin', vegas, six feet under the stars, remembering sunday, and stay awake are my personal favorites, however all of the songs are great

7. The Party Scene - Bad quality better on put up or shut up
6. Dirty Work - UNDERRATED but I know why
5. Last young Renegade - ok
4. Future Hearts - Love it
3. Don't Panic - Amazing but its longer now is better
2. Nothing Personal - Classic
1. So Wrong its Right - No need to explain 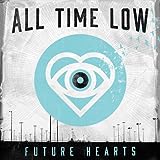 Nothing Personal is my absolute favorite, but Future Hearts deserves to be higher.

Perfect in every way 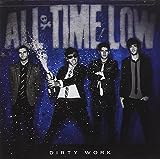 By far the most underrated album, yet the best they've released. The lyrics are sometimes immature (but far less than the ones in Nothing Personal) but the instruments and Alex's voice are on point. I don't hear any bad song on this album. I love it so much.

I don't see why almost everyone on this list is hating on this album. I don't think it's their best but I still love it.

Time bomb...this album Is the best 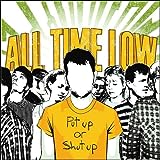 So wrong, it's right will always be my favorite but put up or shut up is a close second for sure. Best song: Lullabies, Least favorite song: Break out, Break out

I'm surprised that this isn't in the top 3 I love all the songs on this album! This is my favorite ATL album by far 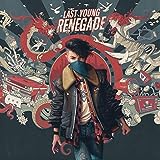 Why so low? I get that it doesn't fit into All Time Low's genre, but it's still a great album. LYR is a song you can jam out to, Dirty Laundry, Nice2KnoU, Drugs and Candy, and Nightmares are all pretty good. Afterglow and Life of the Party aren't bad either. And lyric-wise, it's pretty strong!

The songs are great, it shouldn't be this close to the bottom.

New, but awesome with great songs!

Don't Panic, but with more songs. And dang, the new songs are good. How is this at the bottom of the list? 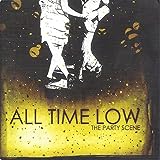 By far my favorite album of theirs and one of my favorites overall. Much preferred this rougher sound and the passion behind it; a very polished album. 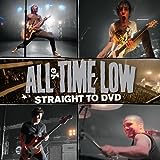 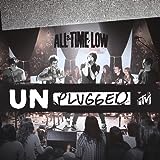 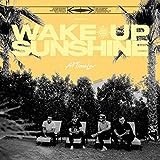 Solid album and their best work since Don't Panic in my opinion. Well done All Time Low!