The Top Ten
1 Among the Living 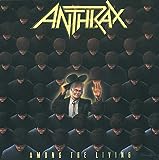 Love the title track. I could listen to this album for an eternity and never get tired of it. Especially Caught in a Mosh, One World, and I am the Law. There really isn't much more to say tham this album is perfection. Each track is memorable and draws me back almost as soon as I take the earphones out. The bass also gets to shine, which I love.

I remember hearing this album for the first time and thinking that metal was taking a really kickass step forward. The tight riffing along with Charlie's pummeling drum work is like having a lobotomy performed by a jackhammer. When I think of true eighties thrash metal, this is Among the first albums that comes to mind.

This IS Anthrax! It's all there: the chugging riffs, the grooves, Scott o co's backing vocals/shouting. A lot of people are concerened with the sound quality of this album. That's part of it. I guess you had to be there. This was my introduction to the genre back in 88. One of my favorite albums of all times.

The band isn't as good as slayer, metallica, and megadeth...
and the singer sounds like a dying mouse playing the trumpet...
I Hate this band, almost as much as I hate rap and hip hop and other garbage... 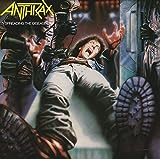 'Among the Living' is probably the most brutal speed metal album ever made, but for the purists, 'Spreading the Disease' is easily Anthrax's finest album. Its production is tremendous, there's barely a comedic line to be found, and Dan Spitz and Scott Ian kill it on this majestic speed metal beast. As a sophomore effort, it's right up there with 'Ride the Lightning' and 'Peace Sells...' The improvement over their debut is quite simply remarkable. In fact, it's so damn good that it's not only Anthrax's best, but should be included in the top ten metal albums of all time. Just check out 'Gung-Ho' and 'Madhouse' and see how immense this album sounds 3-decades on without a remaster.

I really like Among the Living and Persistence of time but this is THE Anthrax recorded by excellence. It is so fast, raw, in-your-face and powerful (though it has its tender on the great track that Armed and Dangerous is)
Best tracks are:
-Madhouse
-Armed and Dangerous
-Gung Ho
-Medusa plus the other 5 songs

Armed and Dangerous and Lone Justice are the highlights, definitely. Very solid album. It has all of the elements necessary to an Anthrax album. Chugging riffs, banging drums, insane solos, Joey's vocals. It's all there. It is worthy of second place. 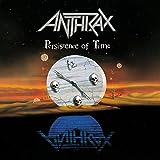 By far the most mature Anthrax release lyrically and in musicianship. If you can get passed the toned back thrash sound, this album has it all. Everybody is on point on this record, and the songwriting is phenomenally austere to boot. This is what metal music needed at the time.

It is a better album,more mature and better guitar, more accessible than among the living.
This is one of their very best albums, definitely superior to "among the living "

How is Worship Music better than this? Give it a listen before voting pleasee!

Still awesome to this day! 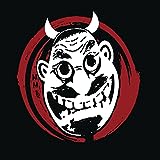 This album shows us that quality thrash songs are still being written and hopefully there will be more to come.

Song quality and speed match Among the Living, but the production is better! Amazing Album!

This is Anthrax at they're best! For me it's Worship Music, Spreading The Disease, then Among The Living. m/ 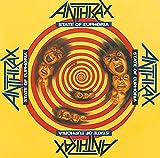 Most underrated album of all time, by any one period. On any Anthrax album there are 1 or 2 songs that are so damn goo that they will be stuck in your head for the rest of your life- But what makes State of Euphoria so good is that you never get sick of the songs no matter how many times you hear them. I loved Among when I first heard it, but 25 years later, I pretty much only listen to the title track and A Skeleton in the Closet. With SOE I still listen to almost everything: Make Me Laugh, Out of Sight Out of Mind, Misery Loves Company, Schism, Finale and especially Now It's Dark. I still listen to more tracks than any other album except Worship Music, which is too new to have goton old.

But, at this point in their career, it's their most experimental album. An immediately respectable quality is their refusal to try and follow up Among the Living, and instead they focus on doing what they do best by making a ballsy rocking' record. As well, State of Euphoria laid the foundation for their next two albums. It's a darker, harsher record albeit sprinkled with Anthrax's trademark humor and fun. Whereas SOE is a solid step forward, their desire to be taken more seriously and make even heavier music birthed the sonic leaps forward with the albums Persistence of Time and Sound of White Noise. Without SOE, anything and everything Anthrax went on to do couldn't have happened.

This is the most underrated thrash album from the big four right next to Endgame. The drum work is perfect. I think this is their best album in my opinion 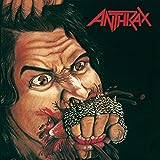 The only real agressive wicked wild thrash metal made by anthrax. Their best in my opinion. Joey's vocals are just to soft for me.

Sure, AtL and StD are the masterpieces, but this is pure, raw, thrash. It makes you Metal Thrashing Mad! 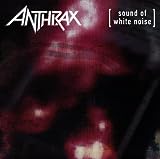 There is no doubt that this album should be #1 on this list I simply don't understand why it's not this ranking is whacked, not only is it the best Anthrax album but one of my favorite albums of all time. #2 on the list is correct, and #3 should be We've Come For You All. Just listen to Sound of White Noise, songs like Only Room For One More, Packedged Rebellion, and Black Lodge enough said.

This album is diverse and Simply brilliant. My favourite Anthrax album. The strongest lineup being Bush's first album and Spitz final album. 1000 points of hate, Potters field, Invisible, Only, Black lodge, room for one more and This is not an exit being my favourite tracks. Their best album. Yes even better than Amoung The Living.

I've been listening to Anthrax for a long time and I have everyone of their albums and believe me when I say this but Among the Living IS NOT the best Anthrax album Sound of White Noise is. People help me make this album #1 on this list so the list can at least be somewhat relevant.

The one and only Anthrax album every kid getting into thrash must hear. I was 15 when it came out and a few times a year any of the songs on this album will pop into my head, and subsequently rake over my stereo for the next several days.

"This is a journey... Into sound"
Brilliant intro

Out of all the big 4 (and thrash bands in general), Anthrax is putting out stuff that the others can only dream of making. Seriously, this and Worship are arguably better than the records Anthrax put out back in their prime!

You Gotta Believe, Breathing Lightning, Evil Twin, Blood Eagle Wings, For All Kings, Monster At The End... This album should be in the Top 4, instant classic, awesome album...

In my opinion this is the best Anthrax album. And after 35 years that is amazing. Where did this come from?

9 We've Come for You All 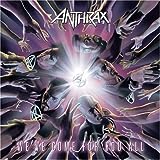 One of Anthrax's most sonically diverse efforts to date, We've Come For You All features the experimentation of Vol. 8, but with direction; the incessant hard-rock of Stomp 442, but with more memorability and accomplishment; the atmosphere and relentlessness of Sound of White Noise, but with a certain confidence and improved production. Basically, it's the best Bush album, and I would dare call it the best Anthrax album.

Song writing is unmatched on this. This album contains the most memorable Scott Ian riffs in my opinion, not one weak tune in the bunch!

A return to form for the group, WCFYA is perhaps Anthrax at their peak.

10 The Greater of Two Evils 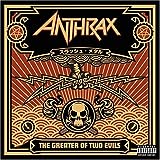 This album is great. I love Bush albums and Belladonna albums alike (I prefer Bush, though), but this is an awesome mashup.

The Contenders
11 Attack of the Killer B's 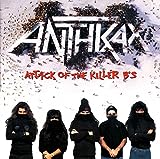 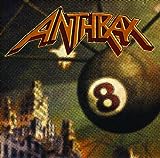 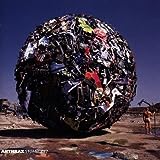 Not my favorite, but a worthy contender.

The album can be a bit inconsistent at times, but overall it's not to bad. It also opens with one of Anthrax best songs and the next 2-3 songs after that are very strong.

Underrated album - hence it gets my vote...

Better Album then it gets credit for! 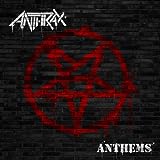 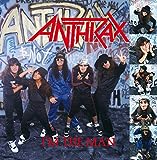 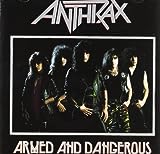 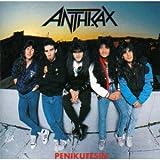 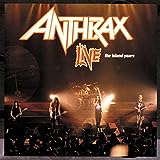