The Top Ten
1 All the Right Reasons 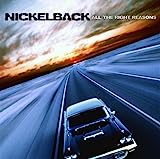 It isn't that often you listen to an album where you like every song on the entire album. There are only a few bands that I know can do that. 2008 Dark Horse is also right up there with every song being very good. 2001 Silver Side Up album with How You Remind Me made them very popular. 2011 Here And Now is a decent album mainly Lullaby. 2014 No Fixed Address has Miss You, the other songs on the album are decent. I've tried to listen to a few songs on the 2017 Feed The Machine album, but nothing too special in my opinion.

It's a relief to see this at the top. Dark Horse was the last truly enjoyable album throughout, and Here and Now has some decent songs (what was with the coffee shop music video). This is a quite heavy album in their repertoire and deserves recognition along with The Long Road. State and Curb are good but in a different way.

The best songs are here! Rockstar, Animals, Side of a bullet, Savin me, Photograph, Follow you home, Fight for all wrong reasons, Next contestant, Someone with you, If everyone cared, Far away! This is the best album I ever heard in my hole life!

Best songs of nickelback and one of the best albums of all time! Rockstar animals side of a bullet saving me photograph 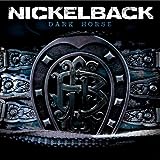 To be honest with all you hardcore Nickelback fans, this band sucks. They aren't really that good. But I will admit that Dark Horse is a good album: Something In Your Mouth, Burn It To The Ground, Gotta Be Somebody, This Afternoon, and my favorite song, If Today Was Your Last Day. Those song are good, the rest of the album sucks. I mean it is better than Silver Side Up. Which is only number 3 because of the song How You Remind Me, which is a great song.

Best Album. 'Burn it to the Ground', 'Gotta Be Somebody', 'I'd Come for You', 'Never Gonna Be Alone', 'If Today Was Your Last Day' and my personal favourite, 'This Afternoon'.

Produced by legendary producer Mutt Lange who also produced Back in Black, Highway to Hell, and definitely Leppard's Hysteria and Pyromania. 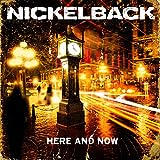 This was All The Right Reasons and Dark Horse having a baby, which is good. And then the tour.

My favourite album of nickelback. It Rocks. Should be much higher

Should be at 2nd place 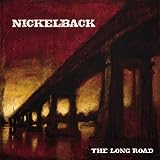 8. No Fixed Address- I'm not putting this here because its new I just didn't like it nickelback are turning into pop now
7. Curb - this was very underrated in my opinion and I really like it people need to give this more credit
6. The State - like curb its underrated they involved a little bit but not SSU style
5. Dark Horse - its okay but had very outstanding tracks
4. Here and Now- bottoms up and lullaby really take the cake
3. All The Right Reasons - a fan favorite and a very well made album I think every nickelback new fan should start with this
2. The Long Road- the first nickel back album I bought with my own money I really love it its probably their most underrated in the 00s
1. Silver side up - my dad had this and I loved it. All 10 sings is full ranking good in my opinion and kicks ass

Their last great album. They should have stuck to this style instead of turning to pop music. Every song on it is solid and it's the perfect thing to listen to on a road trip.

Seriously..
Someday and Do this anymore is one of the best songs I've ever heard
This has the best tune of all the albums.

Dark Horse and All The Right.. Have some of their best songs ever, but as an entire album I think this is the best. 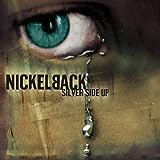 I don't hate everything that was released after All the Right Reasons, but it definitely wasn't as good. Silver Side Up was the peak of Nickelback's career, no doubt about it. It has the perfect mix of raw hard rock (ex. Woke Up This Morning; Hangnail) and heartfelt ballads (ex. Too Bad; How You Remind Me). I feel like it's definitely Nickelback's best album.

Woke Up This Morning is so dam underrated! If it was released as a single maybe you guys would take more notice of it! This is obviously the best album, 2nd is between Dark Horse and All The Right Reasons.

Listen to the song "Never Again", it's the best song they ever did along with How You Remind Me. "Too Bad" ain't too bad either. Best album, this is Hard Rock, All The Right Reasons is more like Pop Rock.

This album is a way more stripped down hard rock record. This is the album that made them a household name, way less commercial pop sounding then their latter records. 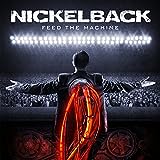 I didn't know for what album I should vote for, but then I saw this album so low down. I think a lot of people gave up on Nickel back after No Fixed Address, but deep down I still had faith that they'd release an awesome album, and I wasn't dissappinted, this album is awesome. It has a lot of amazing songs like: Home, After The Rain, Song On Fire, Coin For The Ferryman and Must Be Nice (those are my favorites). I'm looking forward to their next album for sure, and this album is the reason why.

I listened to this entire album and I thought it was great. In my opinion it was better than No Fixed Address.

This is definitely top four not in order or anything but in my opinion the best albums are here and now dark horse all the right reasons and feed the machine. This album blew no fixed address out of the water. MOVE THIS ALBUM UP TO TOP FOUR! 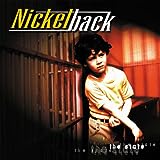 This was the only album by them I didn't own until today... turns out it's their best. It's rough and grungy like "Curb" but it sounds more thought-out and varied, and has more power and the overall sound is the most gripping of all Nickelback albums, not as polished as their later work, but more than their debut album. I know Nirvana fans will hate me for this, but it feels like Nickelback's Nevermind. It has that certain pop earworm appeal but it still sounds dirty and rough in a grunge kind of way (and not yet as big and blockbuster-ish and what comes after this one), much like Nirvana's biggest album hit. Full of energy and a certain middlefinger-to-the-world attitude, and very catchy and immediately appealing.

Honestly, this is the best album Nickelback has ever made. I love the style of this one. It's pure rock, and the writing doesn't suck. While I do like some of their newer stuff, they can't hold a candle to this gem.

Awful list, this is nickelback's highest critically acclaimed album and rightfully so. This album blends grunge, post-grunge, and southern rock perfectly. This is Nickelback's My Own Prison

Ok let's be realistic this is their best album, quality wise. Breathe and Leader of Men are awesome songs. This is the Nickelback that could've been if they never sold out. 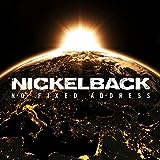 I bought this album at a very low price, practically without any risk. Of course, I knew the Santana-song before, but this album made me a massive Nickelback fan.

My favourite Nickelback album so far. I love the new approach that they had by going down a notch and not doing die hard rock. Keep up the good work Nickelback!

This album is awesome! She Keeps Me Up is cool, and Edge of a Revolution is awesome! 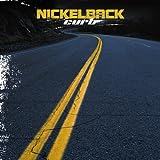 Their only good album. 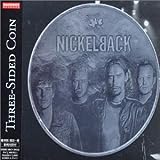 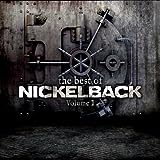 I like it a lot. 19 of nickelback's greatest hits are here! Awesome!